With so many headline-grabbing flagships being introduced in recent months, it is easy to forget that small players like OnePlus has something good to offer without leaving us stunt with their luxury pricing. Speaking of which, OnePlus has just announced its much anticipated “premium” flagship, the OnePlus 5T and boy, is it a beauty. This beauty is a result of a combination of an immersive 6-inch “Full Optic AMOLED” display with an 18:9 aspect ratio that consumed almost the entire front of the device and a seamless anodized aluminum unibody.

As far as display is concerned, there’s more to it than mere immersion it has to offer. OnePlus said a software algorithm enables a feature called “Sunlight Display” that automatically adapts to harsh light so you can actually see something under bright sunlight. But how well that performs in real remains to be seen. Furthermore, the display can be calibrated by users, but really, it is just four modes (default, sRGB, DCI-P3 and adaptive) which you can choose to please your eyes. Another notable change is the relocation of the super fast ceramic fingerprint sensor to the back of the device which is a move necessary to make way for the crazy expansive display. 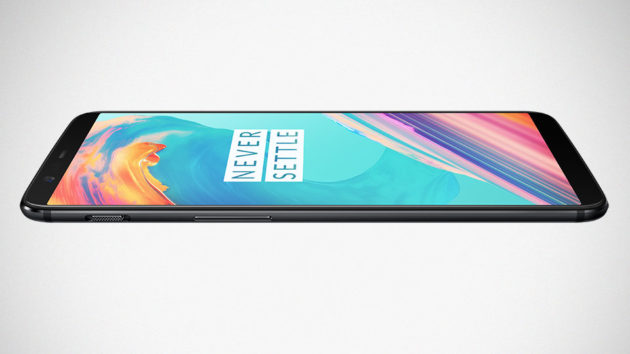 Driving the clockwork is the current flagships favorite, the Qualcomm Snapdragon 835 chipset featuring an octacore 10nm processor with up to 2.45 GHz clock speed and Adreno 540 GPU, backed by up to 8GB of RAM and up to 128GB UFS 2.1 dual-lane storage. Clearly, that the processor is not something OnePlus is particularly proud of as evident in its lengthy paragraph-less press release (it was a pain to read, really) which it barely mention.

Other highlights include a 6.01-inch 1080p display with 401ppi, 2.5D Corning Gorilla Glass 5, a dual camera main camera comprising of a 16 MP and a 20 MP sensors, a 16 MP FHD-capable front-facing camera, dual nano SIM slot, USB Type-C, 4G LTE radios, dual-band WiFi, Bluetooth 5.0 with support for both aptX and aptX HD (note: the future), a 3,300 mAh non-removable battery with Dash Charge support, plus the usual garden variety of sensors. And oh, it will run the an improved OxygenOS based on Android Nougat 7.1.1.

Look out for it starting November 21 when it will be available in the U.S. and in Europe with a starting price of $499 (€499/£449). Strangely, the availability in its home market (arguably, the largest market in the world) is unknown. Neither was Asian market.