We hardly write about neckties and/or bow ties, but we have to give Cardboard Carl Cardboard Ties and Bow Ties a shout out because, cardboard. We are not particularly huge fans of cardboard, but ties and bow made out cardboard and still look pretty darn awesome sure deserve our attention and love. Available in necktie and bow tie variety, these unique, head-turning ties are worn with the aid of an adjustable neck strap that fits around the collar of your shirt. Equipped with a snap button, each tie quickly snap on and off the said neck strap. 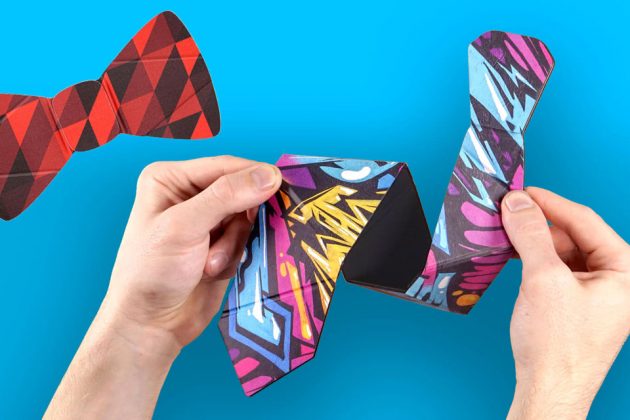 Furthermore, each necktie comes with a magnetic tie clip that magnetically secures to your shirt and the tie itself features a tiny magnet embedded so it can adhere itself to the tie clip to prevent it from moving around. Yup. Just like the actual, normal ties. Each tie also boasts fold lines which allow them to have some flexibility and thus behaving more “fluidity,” well, almost. It won’t be as flexible as textiles, obviously, but should be enough not to make you look silly and stiff. 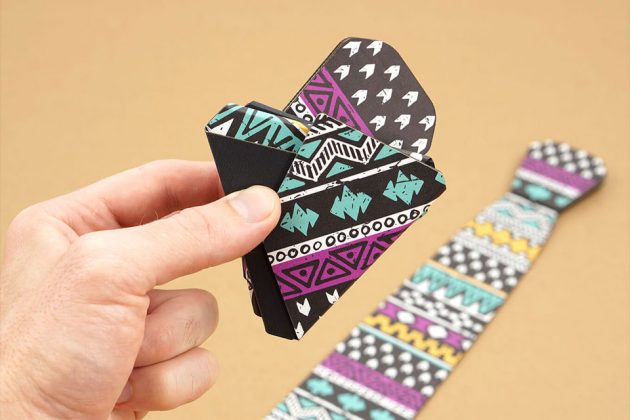 In fact, I think it is the opposite; it makes you, the wearer, stands out from the horde of tie-wearing gentlemen. Honest words. Last but not least, they are of laminated paper material and therefore, they are water and smudge resistant to some extend which means they can be reuse over and over again, or at least, more than a couple of times.

The Cardboard Carl Cardboard Ties and Bow Ties are available in a variety of attractive graphics and it can be found on Kickstarter, priced at $10 and up. Take a look at the pitch video below to pick up for details, or hit up the product Kickstarter campaign for more information. 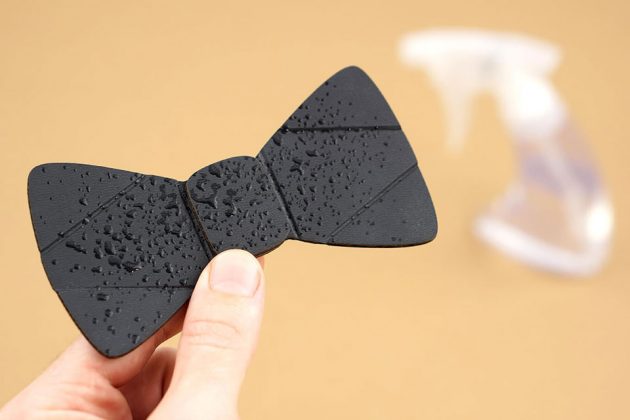 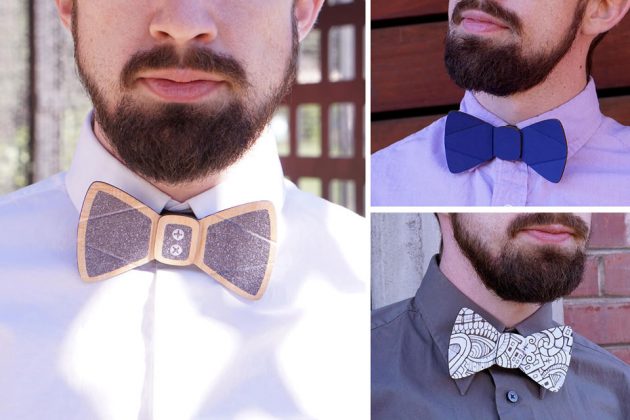 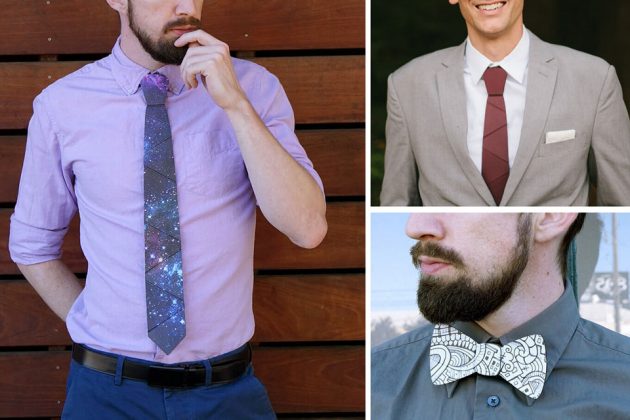