Good news, fans of OnePlus, it looks like you will have another option now apart from the new OnePlus 2. Dubbed OnePlus X, it is the company’s third smartphone and the second new device to be introduced this year. And it one device that OnePlus is particular proud of in the design department. While the aluminium band and glass combo design have been used a few times over by other manufacturers, the X sports a couple distinctive design difference, starting with etchings along the band (basically, just engraved lines) that seem to shimmer different as it moves in the light and then there is the beveled glass that makes the device looks pretty sharp.

On the inside, it gets a Qualcomm Snapdragon 801 chip with 2.3GHz quadcore processor, along with Adreno 330 graphics. RAM comes in at a healthy 3GB, while storage just 16GB, but expandable up to 128GB via microSD card. It’s a dual SIM phone, though if you decide to go on two SIM card, you’d have to forgo the expandable storage for that duration. It is fitted with a 5.0-inch 1080p boasting 441ppi, shielded by Corning Gorilla Glass 3. Imagine-wise, the rear gets a ISOCELL technology-equipped 13MP camera with f2.2 lens that promised sharper image with less noise and the front is a 8MP item with f2.4 lens. 1080p videoing comes standard and so is HD slow-mo at 120fps. 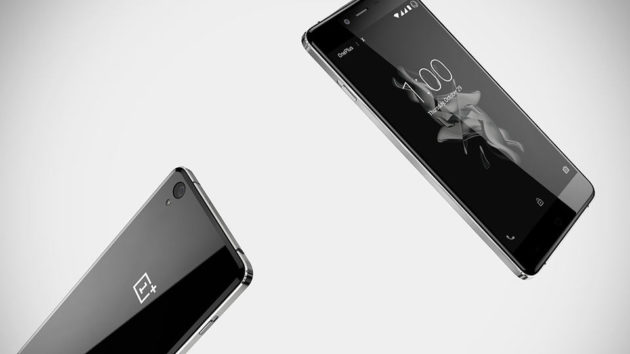 The rest of the device is pretty much what you expect of today’s Android phone, which include a bunch of requisite sensors, Bluetooth and WiFi (though, only single band and support up to wireless n), FM radio, dual mic setup with noise cancellation, built-in speaker, regular micro USB data and charging port, LTE support and finally, an embedded 2,525 mAh Li-po battery.

Clearly, the X isn’t of flagship status but still, the sale of the device, which cost $249+, is based on invite system. Invite will last for a month after which you can purchase it invite-free in OnePlus weekly open sales. 5,000 invites will be sent out today (October 29, 2015), which can be used for purchase on November 19. Though, there’s actually a quicker way to get your hands on the X. For three days, from November 2-4, OnePlus X will be sold exclusively at colette Paris, so if you have access to colette, you may want to check them out.