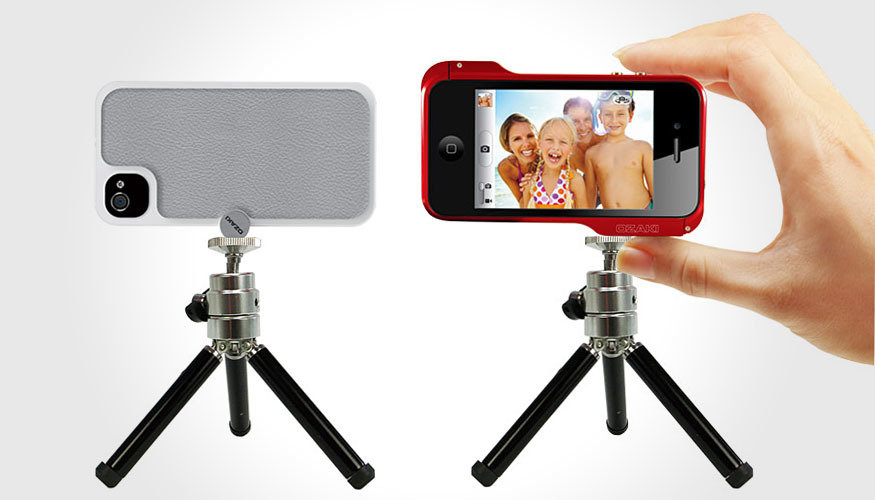 iPhone photography or iPhonegraphy, as we like to call it, has generated quite a cult following since the introduction of the 2nd generation iPhone. while we have no complain about its quality as far as smartphone photography is concerned, we do face the problem of toting it in style or perhaps, getting it to mount on a camera tripod. the OZAKI O!Photo-Bumper and -Gear are designed to solved those two particular woes. the former is a bulked up bumper case that incorporates a tripod mount for mounting on most camera tripods. other features of the O!Photo-Bumper includes sleek aluminum construction, stainless steel power and volume buttons, adjustable tripod sockets, strap eyelet for attaching a lanyard, and a screw-free installation (unlike the ElementCase). the O!Photo-Gear, also features an integrated tripod mount on the case, which also doubles as an anti-drop lanyard mount (included). instead of looping through an eyelet, the O!Photo Gear’s included lanyard attaches to the case via the tripod mount on the case. both accessories not only offers protection to your iPhone but also ability to mount onto a camera tripod for a more stable and professional iPhonegraphy experience. a few more look at the OZAKI O!Photo Bumper+ and -Gear after the break.
[ad#Google Adsense-text-468×60]