good news for travelers! Google Translate has finally come to iPhone. there are a host of translators out there but Google has some pretty neat features built into this app. the app is able to to translate words and phrases between 50 languages and besides the traditional onscreen keyboard input, users can speak into the app to do the translation as well. though the voice input is only limited to just 15 languages.

once a language is translated, users can choose to listen to the translated language. however, this reading aloud capability is restricted to just 23 languages for now. there’s also a dictionary function where users can view the dictionary results for individual words, although i can’t really figure out the real use of it. in case you are in a foreign land and need the other party to read what you wanted to say or ask, just hit the zoom icon or turn your iPhone horizontally to get a full screen display of the translated text, ensuring the other party has a clear picture of what you are trying to convey. miscommunication could a thing of the past, or at the very least, kept to the minimal.

Google Translate for iPhone also features a history log of the translations you have done which provide a quick reference of the previously translated text without the hassle of typing them all over again. in case you have a huge list of the history, you can chose to ‘star’ those commonly used words or phrases, and easily reference back to them under the ‘starred’ tab. very intuitive indeed. Google Translate for iPhone is available for free on the AppStore and will with iPhone, iPod Touch, and iPad with iOS 3.0 or later.

via The Official Google Blog

throughout the history of Playstation console, one thing we learned is that Sony will not be contented with just one color for its console and the latest incarnation will be no exception too. currently, the PS3 slim is available in either black or white, and since a couple of months ago, we saw the limited edition Gran Turismo 5 model in the sexy titanium blue hue. come this March, it will receive yet another new paint job, this time in satin silver. END_OF_DOCUMENT_TOKEN_TO_BE_REPLACED 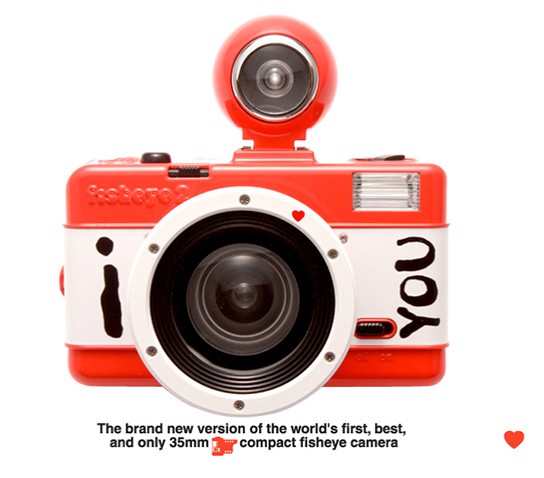 (image credit: Lomography) Lomography Fisheye No.2 “I love you | I love Lomo” Edition | US$89.76 | www.lomography.com

still wondering what to get for your love one this Valentine’s Day? how about this special Valentine’s Day Edition Fisheye No 2 entitled “I love you | I love Lomo” Edition film camera? though the naming may not sound politically correct to your love one, or at least not completely correct. red is the staple color for the most romantic time of the year, or so it seems and hence the Fisheye No 2 spots a brand new red/white paint job with a ‘heart’ on the lens cap. END_OF_DOCUMENT_TOKEN_TO_BE_REPLACED 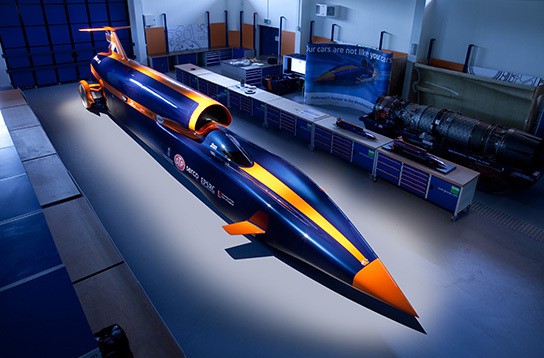 the British Bloodhound project is determined to beat the World Land Speed Record set by the Thrust SuperSonic Car in 1997 by a cool 237 mph. it has set it sight on achieving an nerve breaking 1,000 mph (1,600 km/h) land speed in late 2012 at the dried out lake bed in Hakskeen Pan in the Northern Cape of South Africa. the project started three years ago is finally going into the construction phase. END_OF_DOCUMENT_TOKEN_TO_BE_REPLACED 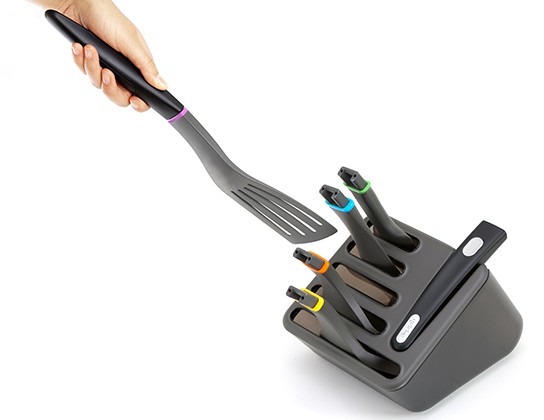 remember what we said about simple inventions that makes our life easier? well, here’s an ingenious invention that does just that. introducing the Quirky Click n Cook Modular Spatula System, a spatula system that has just one handle but five different spatula head attachments. need to stir the pasta? switch to the slotted spoon attachment. need to flip a burger? pop out the slotted spoon attachment and click on the extra-wide slotted spatula to do the job. need i say more? it’s simply awesome.

all parts of the Click n Cook Modular Spatula are made of food-safe plastic and of course, they are dishwasher-safe too. the Click n Cook Modular Spatula system comes with five detachable spatula heads, an ergonomic handle and a compact, two-part stainless steel block. invented by Fred Ende, created through Quirky, Inc‘s brand of social product development and input from a community of thousands, Click n Cook is the new-age multi-functional cooking utensil. we are glad that this wonderful product made it to production and is now available via Quirky web store for $39.99. i gotta have one of this. 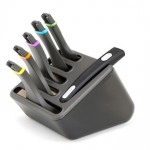 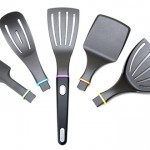 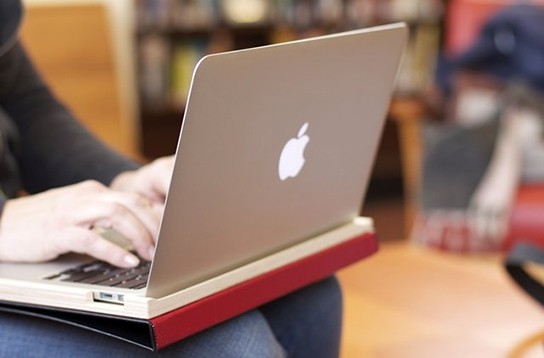 protecting your MacBook Air doesn’t need to be the standard plastic flair. if you’re into masquerading your MacBook Air into something else, other then its original self then check out this new bookbindery case, named The Cartella for MacBook Air, from Pad & Quill. it would certainly gives this piece of 21st century technology a classical touch. END_OF_DOCUMENT_TOKEN_TO_BE_REPLACED 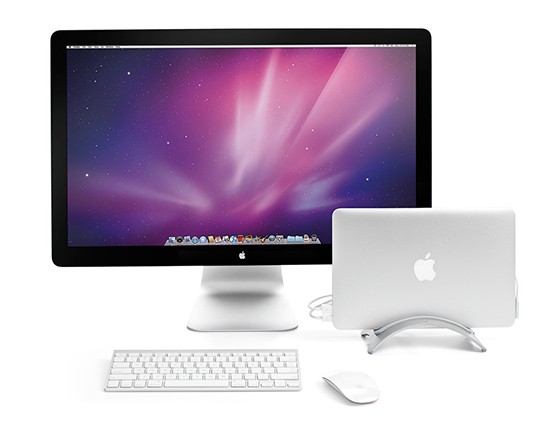 if you’re using your MacBook Air with an external display like the Apple Cinema Display, then the new BookArc for MacBook Air from Twelve South is the perfect companion accessory. the BookArch for Air functions and look much like the original BookArc for MacBook but is designed exclusively for the new MacBook Air (late 2010). the BookArch holds up your MacBook horizontally upright while your MBA is connected to the external display, giving you a neat and clutter-free workspace. END_OF_DOCUMENT_TOKEN_TO_BE_REPLACED 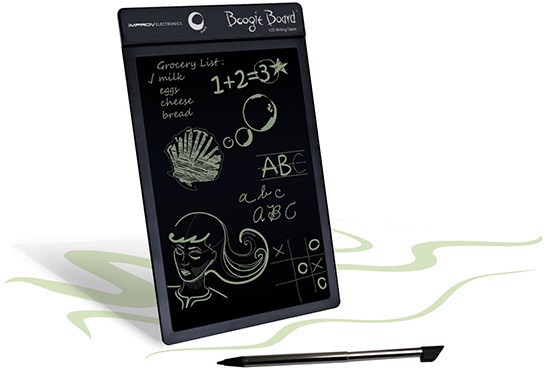 looks like the trees can breathe a sigh of relieve cos’ going paperless could very be a reality very soon. the Boogie Board Paperless LCD Writing Tablet is the emerging alternative to the traditional pen and paper writing combo. however, do not mistaken it as an e-ink or even a mobile computing tablet, it is in fact, an e-paper using plastic Reflex LCD for its writing surface which you can write and draw just like you would with the traditional pen and paper, and it erases at a touch of the button, thus it is goodbye to eraser and liquid paper. END_OF_DOCUMENT_TOKEN_TO_BE_REPLACED 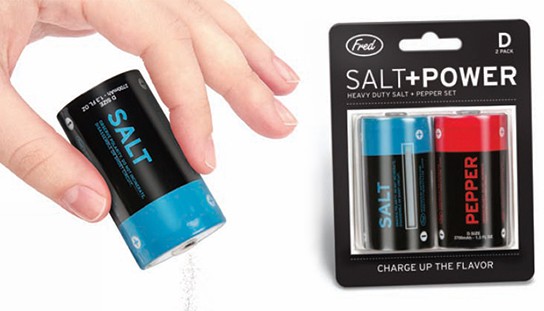 we all love a good salt and pepper shaker, even though we don’t use it at all. we figured, a good pair will spruce up the otherwise monotonous dinning table. well, here’s a pair from Fred & Friends Spring 2011 catalog that takes on the form of D-cell batteries, which will juice up your food with salt and pepper instead of electric power. it even has a transparent slit at its side to keep your juice, i mean the salt or pepper, in check. sweet. just don’t get mix up with your real alkaline batteries. the Fred & Friends Salt+Power Salt & Pepper Shakers cost $11.99 a pop and is available at popdeluxe.com. 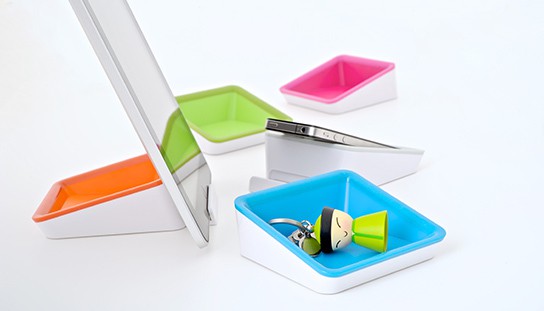 new from Bluelounge is this minimalist iPad stand which does more than just an iPad stand. dubbed the Nest, this slanted tray-like stand lets your iPad lie horizontally on its rubber lining cushions, letting you use your iPad on its back at an angle without wobbling or simply slides out the hidden cradle to hold the iPad vertically. in fact, holding an iPad is one of its many applications, limited only by your creativity – use it as an iPhone holder, a business card holder or whatever, it is up to you to discover. the recess of the Nest also doubles as cradle for your life tiny bits of essential item such as your keys, USB key, among other things. the Nest comes in six colors to choose from. the Nest by Bluelounge retails at $14.95 and its available via Bluelounge web store.