I don’t know of anyone who wanted to smell like KFC even as they are bathing (and still smells the same after showering) and if you do, you’d be wishing you were in Japan because that was the place where you can bathe while smelling like the world famous fried chicken. If you think edible nail polish that tastes like Colonel Sander’s signature fried chicken and candle scent that will make your room reek with fried chicken aroma are the craziest and weirdest to have come from the American fast food chain, well, think again. KFC Japan, in collaboration with Japanese novelty retailer Village Vanguard, has up the ante with, wait for it… Drumstick Bath Bomb. 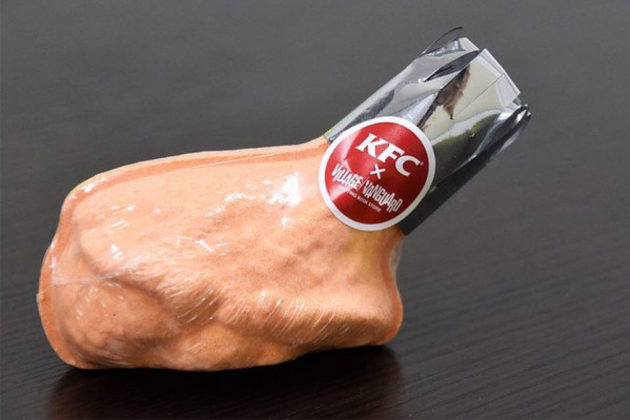 Yup. You heard that right. Bath bomb, There’s no prize for guessing what this special concoction of bath bomb will do. Not only will it leave you smelling like the Finger Lickin’ Good fried chicken after your bath, but the bath bomb itself is shaped like a cooked drumstick, complete with tin foil holder to boot. As if that wasn’t enough, the visual of what’s going to transpire in your bathroom/bathtub is even more, well, how should we say? Ridiculous? Apparently, the folks over at KFC Japan and Village Vanguard didn’t think smelling like fried chicken is enough and so, they went ahead to ensure you’d get the entire experience of, ermmm, frying chicken. 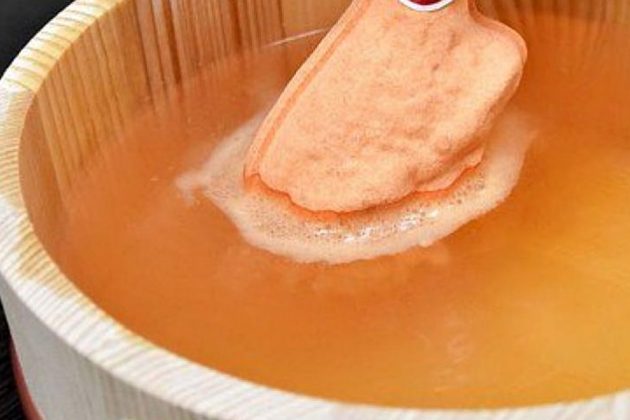 When dropped into a pool of water, tiny carbon dioxide bubbles start to form as the ‘drumstick’ begins dissolving, thus recreating deep frying process. As this ‘frying’ is happening, the once clear warm water will slowly but surely turn tangy in color, therefore making the water look like used oil, just like what happens in an actual frying process. Finally, the immerse-yourself-in-fried-chicken experience is completed as the aroma of KFC’s secret recipe of species and herbs engulfs your bathroom. Well, what can we say? This is probably going to push KFC Japan’s sales because, likely you will be tempted to fill your stomach with fried chicken. 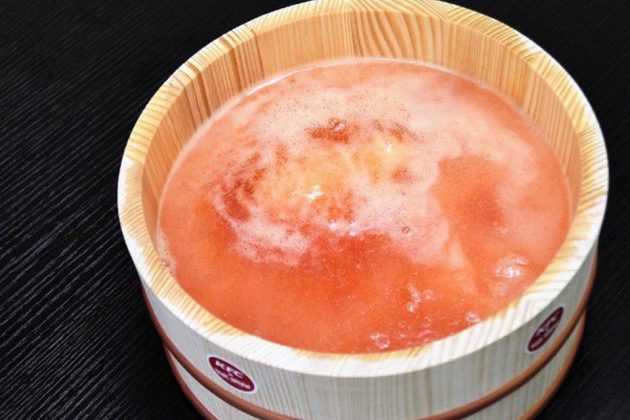 I know I will, but I am not sure I would like to be smelling like KFC fried chicken during bath or after bath. Then again, that’s just me. With the reputation of loving the weird and the quirky, I am sure the Drumstick Bath Bomb is sure to be a hit in the Land of the Rising Sun. Unfortunately, not every KFC-loving Japan residents will get to immerse themselves in this unique KFC-in-the-bath experience. Apparently, only 100 lucky fans who won in a raffle, which was held between November 1 and 15, will have access to this arguably weirdest KFC experience. However, I am absolutely cool with it. I swear, I am. There’s no way in the world I would want to be smelling like a walking fried chicken. 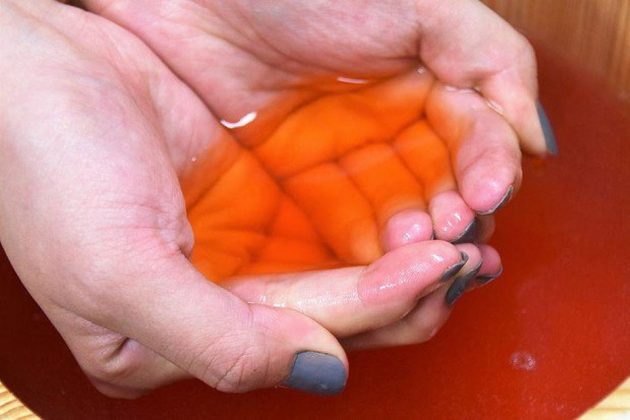