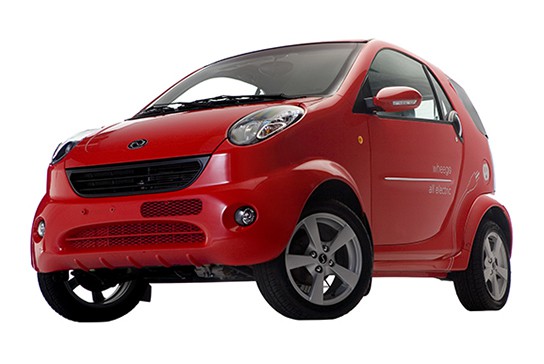 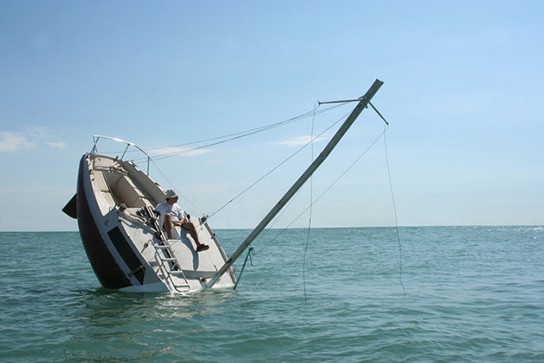 what you see here is not a man in dire situation but rather a fully functional boat in the form of a wrecked ship. the brain child behind this cool work of art is French designer, Julien Berthier. END_OF_DOCUMENT_TOKEN_TO_BE_REPLACED 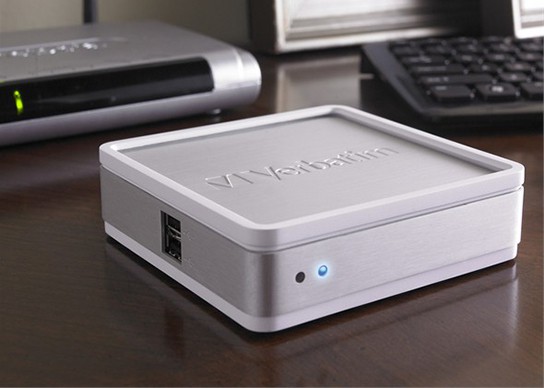 Verbatim proves that Network Attached Storage or NAS doesn’t need to be big with the new MediaShare Mini, albeit some trade off. the Mini has no internal storage, instead it lets you connect any existing external drive to your network.

the Mini supports up to four USB-connected external drives which you can access via your home network or the Internet. it is strange that Verbatim decided to head this way. i mean isn’t having a basic storage with addition of USB port(s) to accept any other external drives a more ‘cuts both ways’ solution?

maybe we would be able to save some desktop space, but putting a hard drive or in this case, up to four would undoubtedly clutter the space too. in anyway, this could be good for those who need to have high turn over of drives. the Mini offers the same features as the full-size counterpart such as remote access, photo album sharing, mobile device supports, social web integration and media streaming.

seriously, i thought the Mini can’t be considered as a NAS proper as it has no built-in storage. it’s more like a network attached bridging solution. don’t you think so? 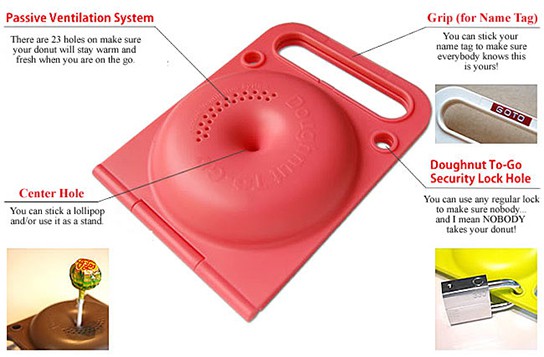 the ultimate must-have item for the paranoid donut fanatics. Doughnut To-Go is a compact and convenient case for er… donuts. you heard it right, its an exclusive carry case for donut.

its just for one donut though and it’s microwave safe, so you can warm up your donut if you fancy. there are exactly 23-holes on the case to make sure your donut remain warm and fresh. isn’t that a superb news for donut connoisseur?

there’s a grip handle for you to grab the Doughnut To-Go, to err.. wherever you go… and when you need to leave your donut alone, there are two holes where you can put any regular lock to secure the donut. sounds a little too much? but how else would you stop those donut thieves from stealing your delicious donut?

hmmm, how about incorporating a kensington slot too? that way no one can grab your Doughnut To-Go with your donut inside. 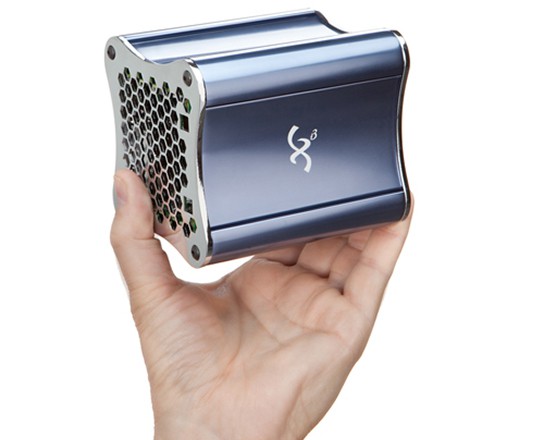 just when we thought computer couldn’t go any smaller, Xi3 unveiled a small cube-like computer, dubbed the Xi3 Modular Computer. measuring less than 4-inches (101.6mm) per side, the Xi3 base model is being powered by AMD Athlon Dual Core 3400E 22W processor, 2GB DDR2 RAM and comes with a 8GB SSD flash drive.

in order to keep the size to the minimum, the classic motherboard is separated into three boards. the first board house the processors and RAM, and the other two are the I/O boards, handling all connectivity and input/output requirements. the Xi3 is designed in a way that the boards can be quickly removed, modified and/or replaced.

the Xi3 is suited for both office and home use and with the sleek aluminum casing of Xi3 serving as a heat sink for the computer. together with the aluminum casing, a flow-through design and the placement of the processors play a part in “mitigating and dissipate heat blooms inside the enclosure itself.”

aside from being petite in size, less than 20 watts is required to power the Xi3. the Xi3 is available in limited quantities today for evaluation and proofs-of-concepts purposes. the standard model comes in gray but for an additional US$15 to US$30, you can choose from nine other different colors. the Xi3 will be slated for the mass market in early 2011.

personally, i thought this is one computer that i wouldn’t want to miss. frankly, i am rather tired of conventional computer with bulky casing. the Xi3 could means an awesome space-saving solution for our work desk and aesthetically pleasing too. place this on your work desk and people will be asking ‘wooo…. hey what’s that?’ 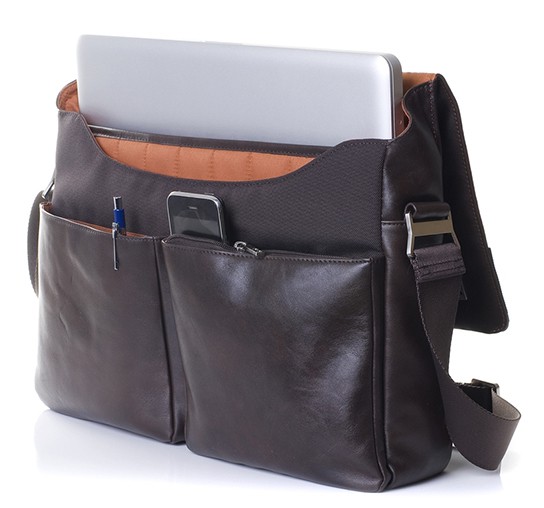 Knomo has a new bag in town in the form of the Kobe Soft Messenger bag. the Kobe features full grain cow hide leather and recycle PET fabric exterior with brushed nickel hardware, should fit a 15-inch laptop nicely along with other miscellaneous items.

if fabric or nylon messenger does not speak of the executive-ness in you, then the leather item is the way to go. i love leather stuff but usually that love does not applied to messenger, but this one from Knomo looks pretty sleek. the interior is of soft fabric lining with scotch guard coating.

the bag features several compartments, among them is a quilted laptop pouch with high density foam around the base to help cushion any knocks. i say, Kobe is nice on first look, but quite hefty price for a messenger. the Kobe will be available end of the month. 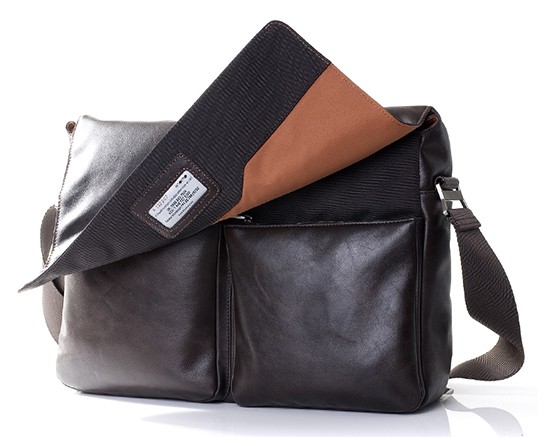 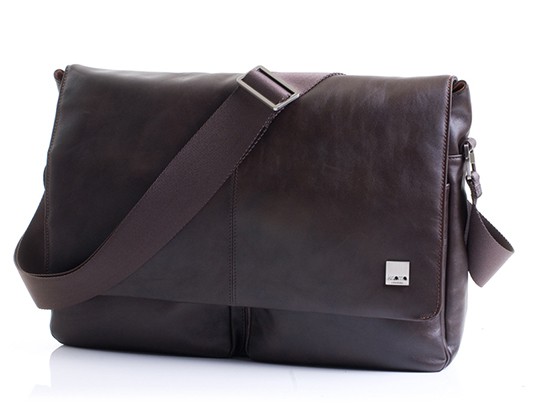 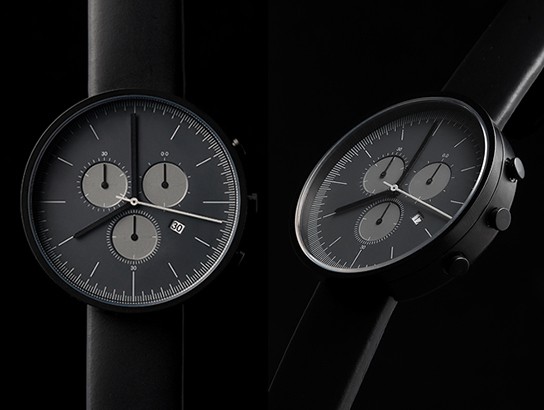 nothing like a good time piece to adorn your wrist. UniformWares‘ upcoming 300 series Chronograph Wristwatch speaks of classic elegance with its simple lines. at the heart of the 300 Series is the Swiss made ETA 251.471 (23) jewel movement with a timing precision to 1/10 second. END_OF_DOCUMENT_TOKEN_TO_BE_REPLACED 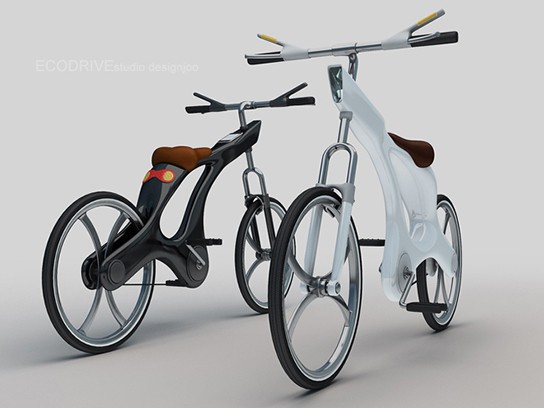 i love this bicycle. really. just check out those sleek lines. this beautiful bicycle is the brain child of Korean designer JUIL KIM with the purpose of improving riding experience and safety aspect of riding. it is not just any other bicycle. its a bicycle that has a proper built-in head lamp and turn signals for safety. no more putting your hands at risk in trying to signal your turns (be it balancing or risk of hitting someone or somethings). END_OF_DOCUMENT_TOKEN_TO_BE_REPLACED 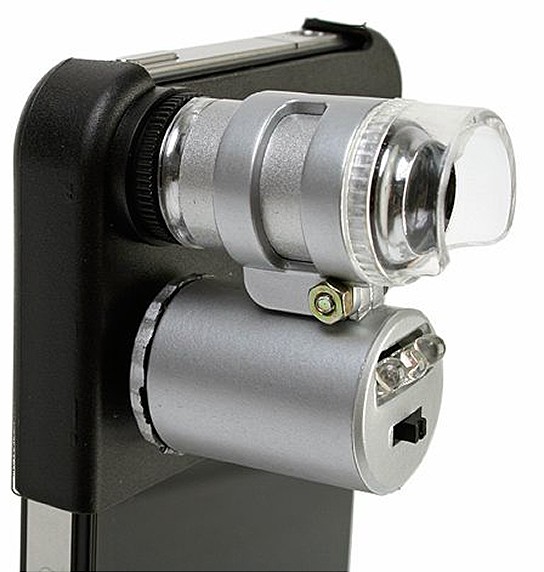 first, there was a possibility of iPhone becoming a POS machine and barcode reader, now it can be a microscope as well. sounds far fetch? not with the iPhone 60x microscope with illumination attachment.

retail by Brando, this US$17.50 accessory allows you the opportunity to transform your iPhone 4 into a micro-organism observer. it comes with 2x white LED for your scientific observation under dim or dark environment and also a LED for note detector.

powering the LEDs are three LR1130 batteries, so nothing will be sapped from your already poor performing iphone battery life. looks pretty cool and i suppose its a great way for an impromptu microorganism study. 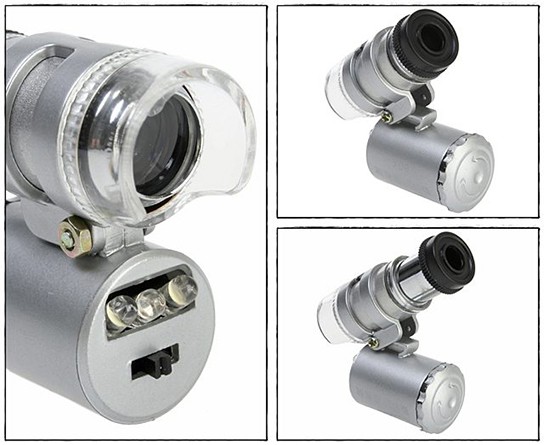 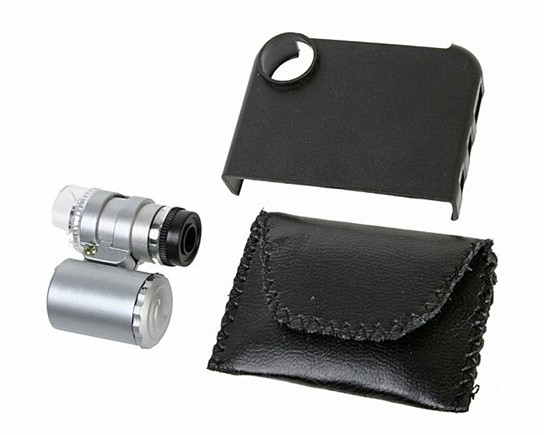 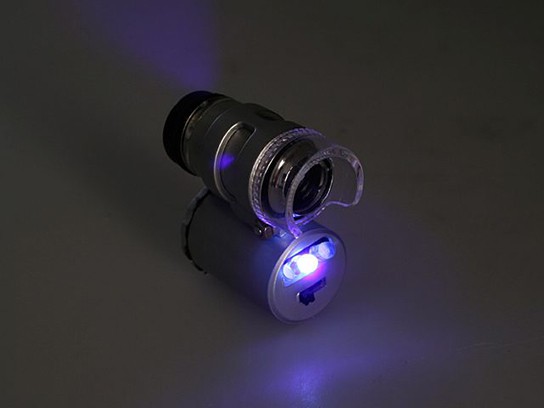 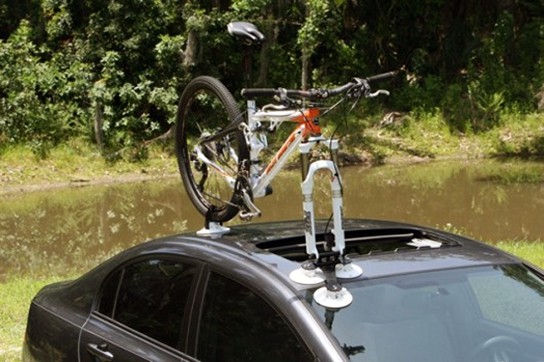 Seldom the word “suck” can be so positively used. Well, “suck” is what the SeaSucker Vacuum-mounted Bike Rack does – in a good (& firm) way. The sucker on the Vacuum-mounted Bike Rack is different from your ordinary suction cups – it has a built-in pump which enables the rubber suction cups to stay in place, holding up your precious Cannondale bike while you whiz off (in your automobile, of course) to your favorite riding spot. END_OF_DOCUMENT_TOKEN_TO_BE_REPLACED