In traditional sense, popcorns and movies go hand-in-hand, but that’s in the theaters. At home, Pizza Hut Hong Kong thinks their pizzas and movies are the way to go and to prove the point, ad agency Ogilvy & Mather Group HK has created a pizza delivery box that can turn into a projector. All it takes is a few simple steps, which including popping out the ready-to-remove hole on the side of the box, pluck out the lens on the pizza saver and insert into the said hole. Overturn the pizza saver and it doubles as stand for your smartphone, which happens to be your video source. You can choose to playback anything or scan the side of the box to unlock exclusive films. The pizza of your choice is independent of the box design. That is to say you can choose from four box styles regardless of of the pizza you like, be it Supreme, Hawaiian or whatever. 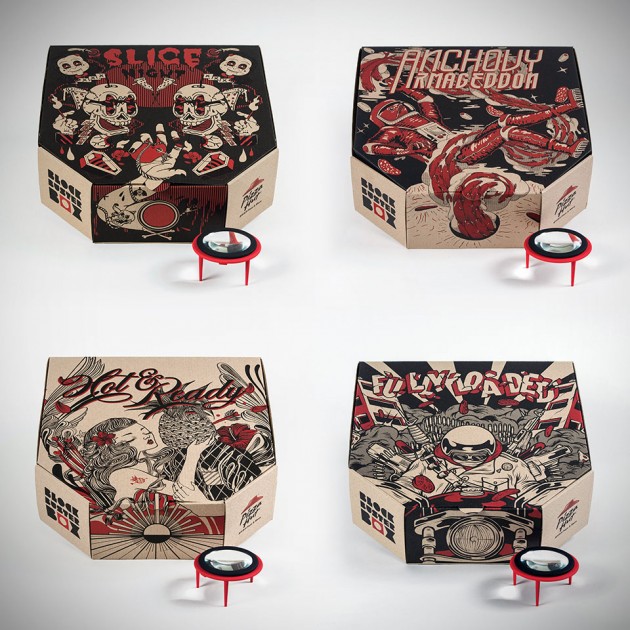 The four styles include horror-themed Slice Night (how appropriate, right?), sci-fi flick Anchovy Armageddon, romantic Hot and Ready (which sounds a little porn-ish to us, just saying…), and thriller-themed Fully Loaded. While we would argue about the pizza and movie combination, we are not fond of eating in the dark, which is something you would have to do since for such ‘projector’ to be effective, it will have to be near absolute darkness. It is a cool idea, nonetheless. Before you start calling up your local Pizza Hut, you have to know that Pizza Blockbuster Box Projector is only available to folks in Hong Kong, but we won’t be surprise that the concept will propagates to other cities, well, at least in Asia. Keep going for the promo video. 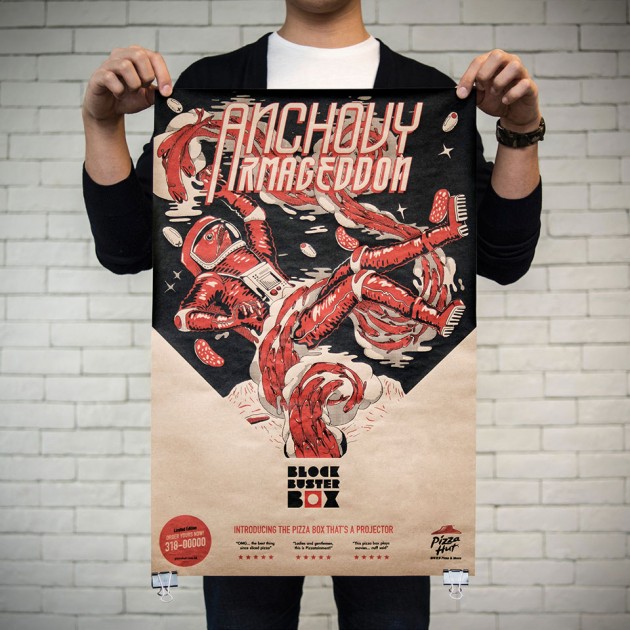 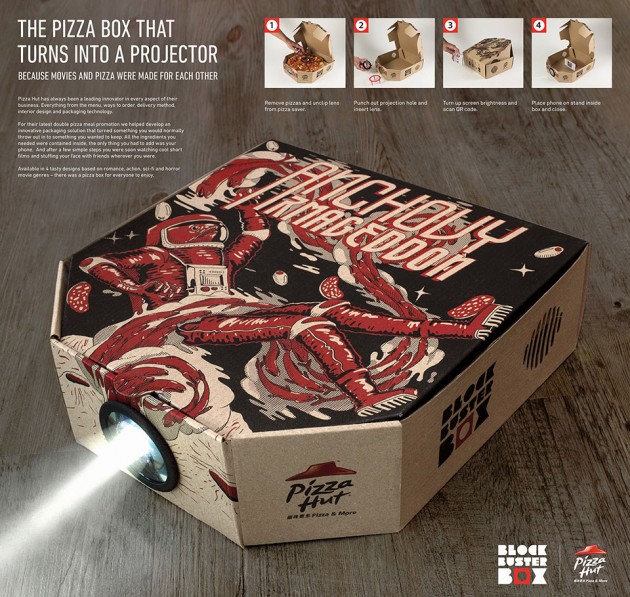