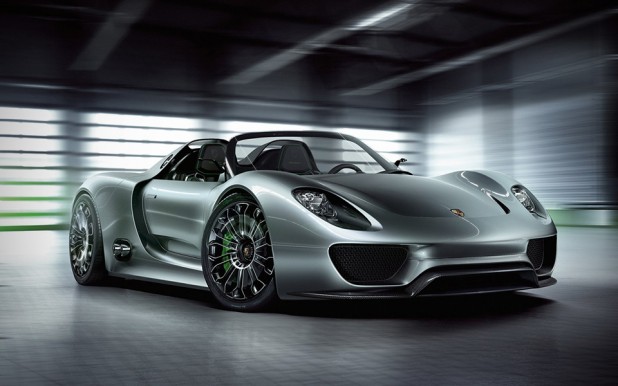 if you are a tree-hugger with huge pockets, you will glad to know that Porsche is taking pre-orders for the 918 Spyder Hybrid. the supercar was first showcased back in the 2010 Geneva Motor Show and was originally destined to remain just as a concept, until Porsche received overwhelming response for this beauty. powering the hybrid is a 500+ horsepower V8 petrol engine and a pair of electric motors that will produce more than 218 horsepower combine. the hybrid is said to be capable of a century sprint in just 3.1 seconds with a top speed of 199 mph. the 918 Spyder Hybrid is also capable of full electric drive with a top speed of 94 mph. Porsche promises a fuel economy that is nothing short of impressive: 78 miles per gallon and 16 miles on pure electric drive.