Considering how big the name Mario is, it is hard to imagine there isn’t an official LEGO Mario figure. I mean, a huge, posable one, not the minifig scale kind. If you have been thinking the same, well, fret no more because, maker of random stuff (but mostly LEGO, really), hachiroku24 has built a posable figure of the world’s famous princess-saving plumber. Not only did he did that, but he is also kind enough to guide whoever are interested in building one themselves. 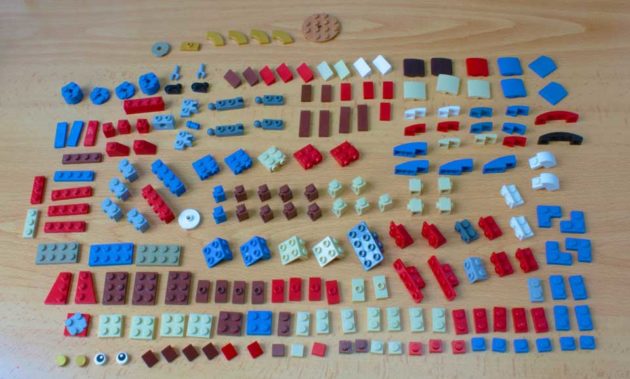 All you need is to gather the elements needed as shown HERE and follow the video instructions posted on YouTube. You can also find the image of the part list above and the video instruction embedded below, after the post. What can I say? A Mario LEGO MOC couldn’t be more fitting since, technically, Mario is a pixelated, mustache-wearing dude and the bricks just bring out that element. Dope. Now, we need Luigi, Toad and Yoshi onboard too…

via the brothers brick.