In addition to the reloading the iconic “Banana” phone, HMD Global, the official maker of Nokia handsets, also announced it will be bringing four new Android-powered Nokia devices to the market. These devices include Nokia 8 Sirocco, Nokia 7 Plus, a new Nokia 6 and Nokia 1. In the same announcement, HMD Global also said that it is “to become the first global partner to have a full suite of devices selected into the Android One program by Google. Interesting move there and a very good news for Android fans who prefer pure Android experience as opposed to mostly bloated UI offered by majority of the handset makers today.

Fans of pure Android experience will have more options soon. Speaking of Android One program… three of the four phones announced, Nokia 8 Sirocco, Nokia 7 Plus and the new Nokia 6, will be the first to join the Android One family which will ship with Android 8.0 Oreo. 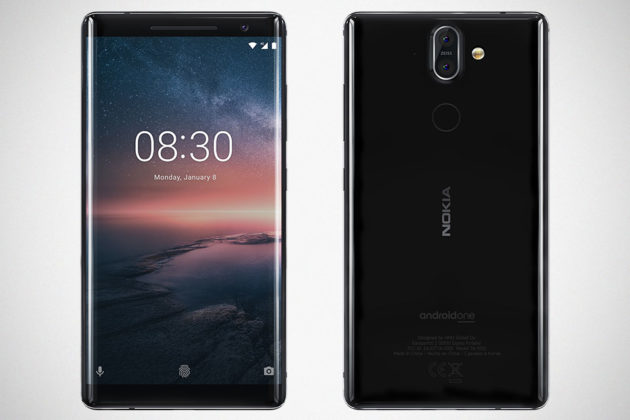 It may be inducted under Android One program, but this here is no cheap deal. Powered by a Qualcomm Snapdragon 835 Mobile Platform, the Nokia 8 Sirocco has a cool 6 GB of RAM and 128 GB of storage, and it is the first Nokia Android smartphone to be blessed with wireless charging. Clearly a top-end device, or at least, one of the top-end device from HMD Global, Nokia 8 Sirocco also boasts a good imaging setup by the way of a dual rear sensors with ZEISS optics that comprises of an ultra sensitive, wide-angle primary camera that promised “impressive” low-light performance and a secondary 13MP sensor with 2x optical zoom. 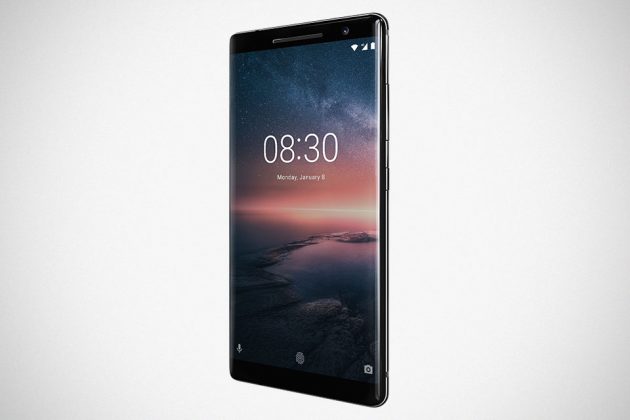 Moreover, the camera will offer mobile photography enthusiasts full manual control where users can take control of the white balance, focus, ISO, shutter speed and exposure. Interestingly, HMD’s Enhanced Dual-Sight feature which takes picture using both front and back cameras simultaneously, now gets picture-in-picture view and it can be triggered by asking Google Assistant to “take a picture/video with both cameras.” If you don’t already know, the act of taking pictures with both front and back cameras at the same time is called #Bothie. Yup. Bothie. And then there’s the Nokia spatial audio that promised to capture crystal clear, distortion-free audio with three high-performance microphones. Here’s the summary of the Nokia 8 Sirocco specifications: 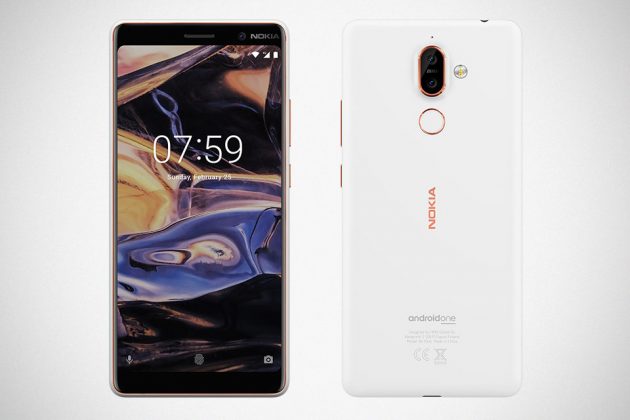 Like the Nokia 8 Sirocco, the Nokia 7 Plus may be part of Android One devices, but it is not a budget device, at least not entirely and also, it does not look and feel like it is anywhere near budget – thanks to its unique ceramic-feel coating, achieved through a 6-layer paint system, on its unibody aluminum body, Nokia 7 Plus provides excellent grip and improves call quality and signal. It has 6-inch 18:9 IPS FHD+ display that is edge-to-edge that affords it to maintain a physical size that of a 5.5-inch device. However nice, it is probably not the device for those looking for raw power. I mean, Qualcomm Snapdragon 660 is decent, but definitely not range-topping anymore. 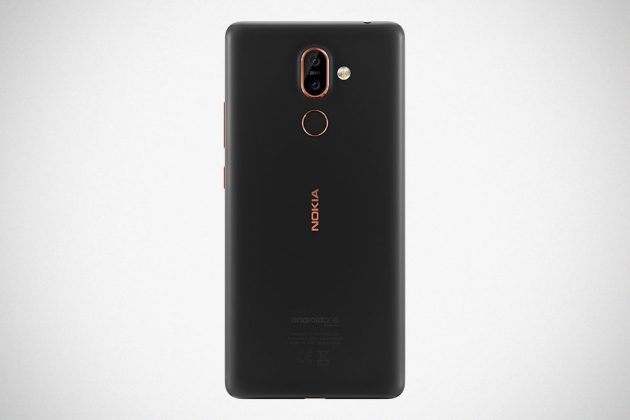 At least the RAM is of decent amount at 4 GB, which should make processing a little more than good, and while onboard storage of 64 GB isn’t mind-blowing, it is expandable to 256 GB via microSD card. If not, there’s always Google Cloud storage to look to. It may not have the grunt of the 8, but the imaging is almost identical with the Nokia 7 Plus sporting a dual camera setup that composed of a 12MP and a 13MP sensors, both outfitted with ZEISS optics. The front, on the other hand, gets a 16MP shooter, also with ZEISS optics. And it does #Bothie too. Here’s the summary of the Nokia 7 Plus specifications:

NOW READ  It Is Official. The Motorola Edge X30 Is The First Phone To Be Powered By The New Snapdragon 8 Gen 1 Chip 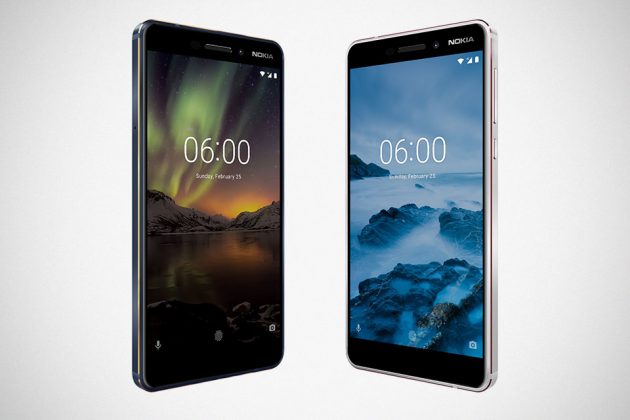 When: Early April
Where: Globally
How much: Around €279 (about US$344) excluding taxes and subsidies

A new Nokia 6, already? Yes. Already. Not the cheapest of the lot, but quite a looker, or at least it is to me. Powered by Qualcomm Snapdragon 630 Mobile Platform, the new Nokia 6 is 60 percent faster than its predecessor and gets a boost in the imaging department with dual camera setup (AKA Dual-Sight) with ZEISS optics, USB-C fast-charging, Nokia Spatial Audio, and of course, the goodness of pure Android via Android Oreo – all packed in a unibody machined out of a solid block aluminum, beautified by an 11-hour two-tone anodizing and polishing process. 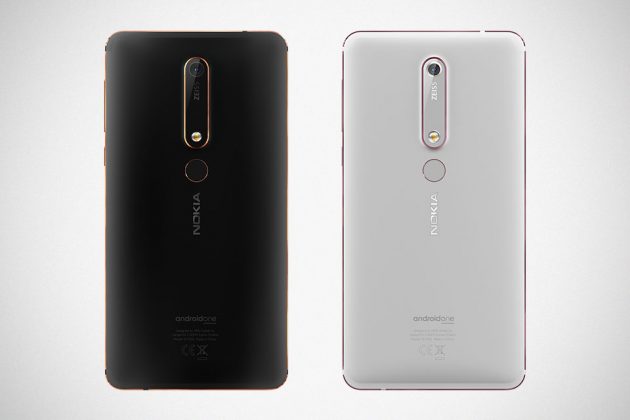 Its 2.2 GHz octacore processor is backed by a 3 GB RAM and a modest 32 GB eMMC 5.1, but more storage is possible via microSD card slot which supports up to 128 GB. It gets a 5.5-inch IPS FHD LCD display with Corning Gorilla Glass 3. Main imaging duties is undertaken by a lone 16 MP PDAF camera while the front gets a 8 MP FF camera posting 84-degrees field of view. Here’s the complete specifications of the new Nokia 6: 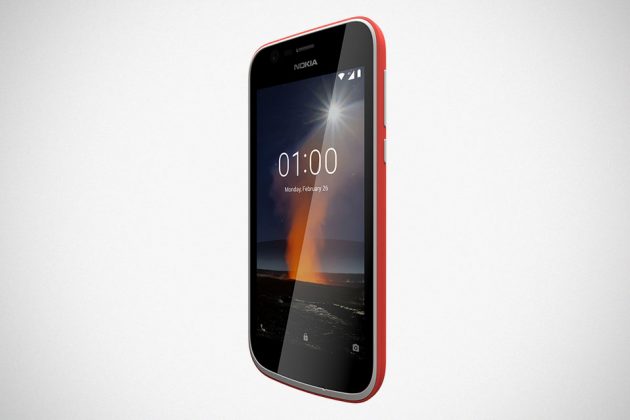 With Nokia 1, HMD Global dug into the roots of Nokia phones via key thing that made Nokia cell phones unique: swappable cover called Xpress-on covers. Users can quickly swap new covers which are designed with durability in mind. Ahh… those were the days. I was absolutely obsessed with covers back then and so, this definitely feels nostalgic to me. Unfortunately, this is a true budget phone and with it, it does come with seriously budget specs.

Powering the device is a quadcore processor, a MediaTek MT6737M clocking in at 1.1 GHz, and it has just a GB under its name and a measly 8 GB onboard storage. Yes. 8 GB. My flash drive has more than that, seriously. And the display, well, it is just functional. Don’t expect eye-watering details from the 4.5-inch FWVGA IPS display and neither can you expect a whole lot from the 5MP main camera, much less with the 2MP front-facing camera. Well, at least they have those, I guess.

As you can see, it is the basic of basics and the price pretty much says so. In case you are intrigued, here’s the summary of the specifications:

All images courtesy of HMD Global.