Sounds like a super deal right? Well, no. The ‘mansion’ that comes with the Resident Evil 7 biohazard Collector’s Edition is not a real residence which you can reside. Even if it was real, I am sure it does come with a horde of undead, which may not be a good idea. Anyways, this $179.99 package comes with a 8-inch replica of the Louisiana plantation mansion featured in the game. While it can’t let you in due to the size, it can, however, spin a tune and so, yes, it is a music box of sort that appears to play only one song – the game’s version of Go Tell Aunt Rhody.

We heard it is not even a full song; it is merely a sample. Oh, wait. We just noticed it is actually called “Mansion Music Box”. Ahhh. So, it really is a music box, but if does indeed play only one tune, then it is only as good as a display piece. Then again, what can we expect? Of course, it is a display piece. Surely, you don’t expect yourself to be playing tunes from that mansion all-day, right? Anywho, apart from the free miniature house, you can also find a 4GB dummy finger USB drive, an exclusive metal case, a VHS tape box, a lithograph featuring the Baker family and a “creepy note” – all packed inside a creepy premium box which is decorated with graphic of the exterior of the mansion.

Resident Evil 7 biohazard will be available on major platforms, including PS4, Windows PC, as well as Xbox One, on January 24, 2017. 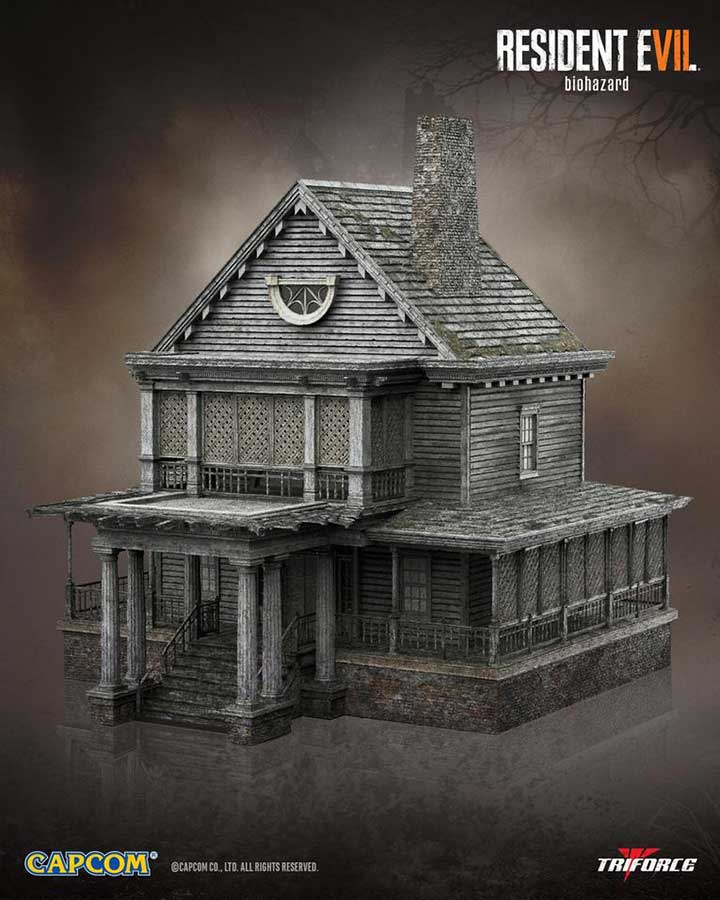