when i bought the ONKYO TX-SR507 AV receiver and i knew i would need an iPod dock, if they have any. i chanced upon this sweet little dock on the Official ONKYO website and have been trying to get my hands on it. months later, i found out its availability in Singapore and i wasted no time in getting it. got it from Harvey Norman Singapore @ Funan Digital Lifestyle Mall for less than 100 bucks. i hardly want to talk about build quality but it is good. the unit comes in shiny piano black. frankly, that’s a potential fingerprints magnet but then again, we hardly neat to touch the unit after setting it out. the unit connects to the ONKYO AV receiver via 1.5m long cable with a universal port connector. the dock itself has a little round ‘button’ where you can adjust to suit the different iPods or iPhone you are going to dock with. nice touch.

this unit does support visual interface & supports video playback up to 1080i (known as the extended mode) and photo slides but only on higher series of ONKYO AV receiver, therefore, i can’t comment on the user interface. the beauty of this unit is that it allows user to do basic music control of their iPod/iPhone via the stock ONKYO remote. functions such as scrolling through the albums, forward, next, play et cetera. the lack of interface support for lower end AV receiver can be a minus point. from a far, without visual, users can’t see the songs when scrolling though the menus and songs list. we all know how tiny the iPod screen can be. for those who has the ONKYO SR507 AV receiver might want to reconsider this option, if you desperately need to have a interface. i ended up squatting in front of the unit to do the selection. so much for remote control, huh?

this unit is compatible with most iPod models except for the 1st, 2nd and 3rd generations iPods. there’s not much installation to talk about. ‘installation’ is basically plugging in the universal connector to the universal port at the rear of the compatible ONKYO AV receiver – so there you go, the true meaning of ‘plug & play’. usage is simple. just dock your iPod or iPhone and switch your AV receiver to ‘Port’ and you are ready to savor those music jammed in your iPod or iPhone. when docked, the cradle also charges your iPod or iPhone. neat huh? this plug-play-charge at the same time is already kind of a must-have feature in all dock/cradle. As mentioned earlier, this dock does not work with all ONKYO AV receivers. The manual indicated TX-SR507, TX-SR577, TX-SR607 or later models. so those hunting for one of these do take note, and remember if you are those who cannot live with visual, then i would suggest you give this a miss. 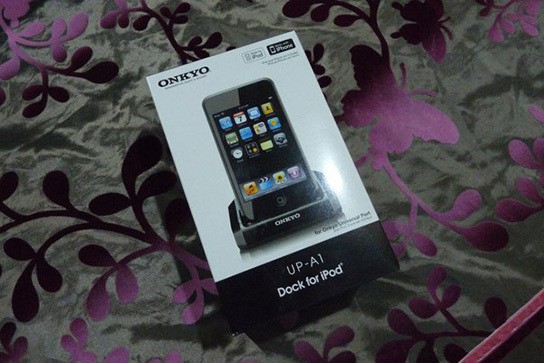 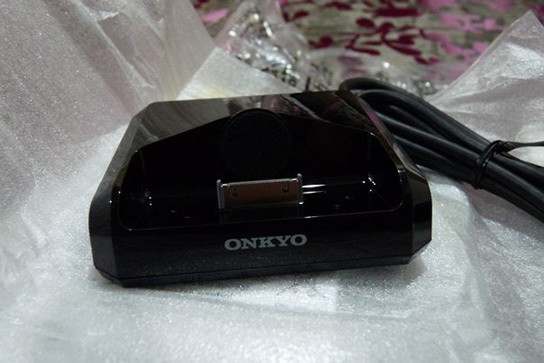 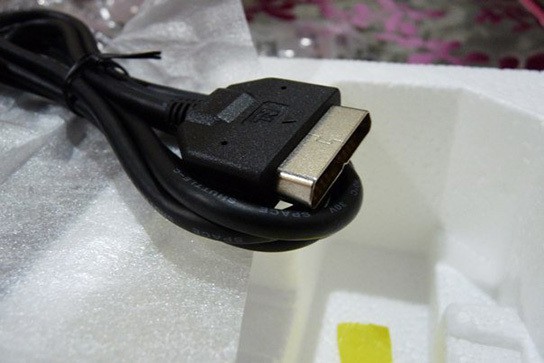