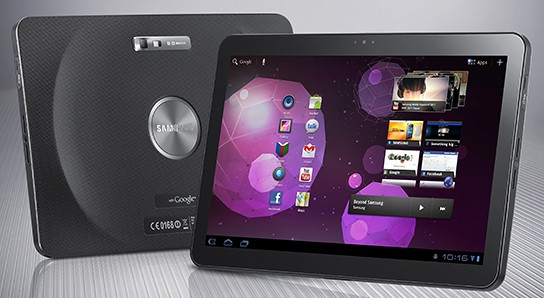 announced recently at the Mobile World Congress in Barcelona are two exciting new mobile devices from Korean electronics giant, Samsung. first off is the new Galaxy Tab 10.1, which now sports a larger 10.1-inch WXGA TFT display with a resolution of 1280 x 800. powering this larger sibling of the original Galaxy Tab is the 1 GHz Dual Core processor and a low power DDR memory and an incredible 6860 mAh battery. it will be interesting to see how well this larger tablet will perform in terms of battery life.

the Galaxy Tab 10.1 also sports an upgraded dual-camera set-up, with a 8.0 megapixel rear-facing auto focus camera with LED flash and a 2.0 megapixel front-facing camera. running on Android 3.0 Honeycomb, the tablet weighs in at just 599 grams and a mere 10.9 mm thickness – a tad thinner than the original Tab. on the connectivity department, the Galaxy Tab 10.1 includes HSPA+ 21 Mbps connectivity, Bluetooth 2.1+EDR and Wi-Fi 802.11 a/b/g/n. with the specs this (albeit, being a little brief), the Galaxy Tab 10.1 and the recently announced HTC Flyer are poised to be serious competitors to Apple iPad.

check out more images and a video intro of the Galaxy Tab 10.1 after the break. 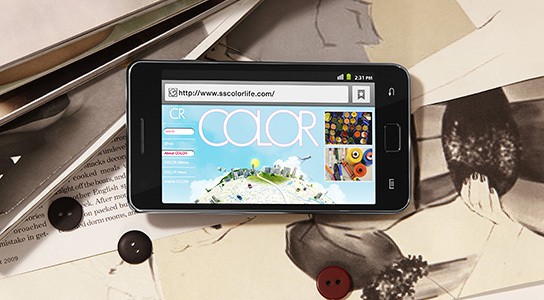 during this most anticipated event for mobile communication industry, Samsung also unveiled the successor to Samsung Galaxy S smartphone, the Samsung Galaxy S II which boost an ultra-thin 8.49 mm profile. Samsung’s obsession for thinnest has long been well-known, having flattening almost every electronics product along the way. running on Android 2.3 Gingerbread, the smartphone’s processing power is via a 1 GHz Dual Core processor. the S II sports a 4.27 inch WVGA super AMOLED+ display with 480 x 800 resolution.

connectivity options is abundant with the likes of Bluetooth v 3.0, USB 2.0, WiFi 802.11 a/b/g/n, WiFi Direct and DLNA. on the audio end, music playback format includes MP3, AAC, AAC+ and eACC+ via the built-in speaker or 3.5 mm headphone jack. stereo FM radio with RDS and voice recorder are also standard features on the Galaxy S II. the S II is capable of 1080p Full HD playback and recording at 30 fps. imaging comes in the form of dual-camera set up which includes a 8.0 megapixel auto focus camera with LED flash as the main camera and a 2.0 megapixel front-facing camera.

the Galaxy S II will feature Samsung Voice Solution for recognizing voice input and converting them in to text and vice versa. phone content management is handled by Samsung’s Kies Air. Kies Air allows user to manage their smartphone contents from the PC, via local WiFi connections. with Kies Air, users can download photos taken with the phone, listen music that’s in the phone, check missed calls and send text messages in the web browser on the PC. WiFI Direct in the Galaxy S II enable connection to wireless-enabled PCs and printers without the need for WiFi access points. think, Apple Airplay.