Sometimes I can’t help but to think Batman’s utility belt is bullshit. Don’t get me wrong. I am a fan of the cape crusader, but it is hard for me to reconcile with the fact that those tiny pouches can have any real world use. Well, I guess I was wrong because there’s a real world utility belt called Cache Belt that proved that this functional fashion piece can indeed stashed a shit load of EDC. So, how is it even possible, you ask? The magic lies in the single stitched hook and loop design nylon webbing that offers a discreet storage for small items up to 1.25 inch wide. 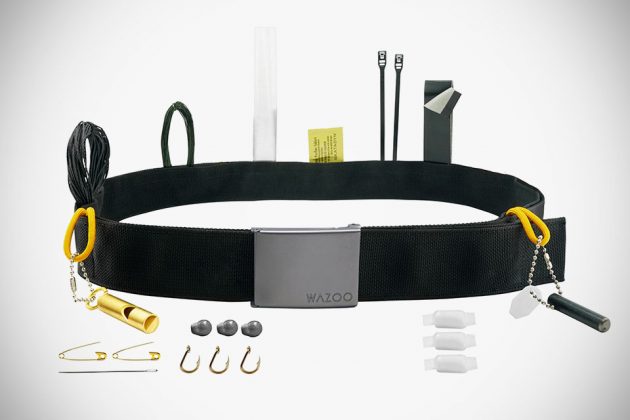 The compartment, which runs the length of the belt, can be used for every item imaginable as long they fits and these items may include survival kits, first aid kit and whatnot. All told, it is capable of carrying over twenty four survival tools and such, and the belt buckle also hides a handy bottle opener. Naturally, Cache Belt is also, well, a belt to make a fashion statement and to hold up your pants. Three versions of Cache Belt are being offered: minimalist, essentials, and adventure, each differing in contents (or lack thereof). 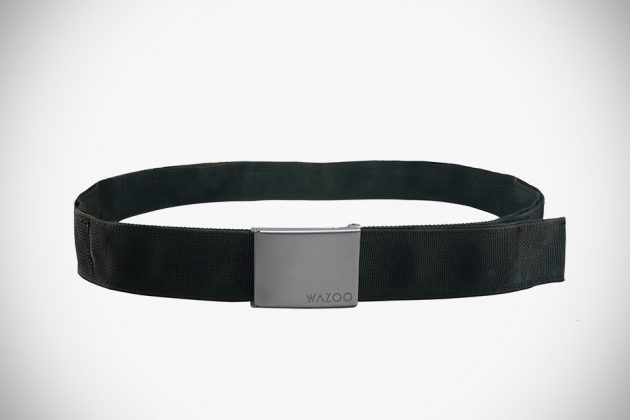 The minimalist is just the belt with a pair of pull-out gear loop for whistle, carabiner and such, and a belt bucket with bottle opener functionality. The essentials, on the other hand, packs 14 items which are mostly fishing-centric like fishing hooks, fishing weights, fishing line, along with a bunch of survival essentials, including water container, fire starter and more. Last but not the least, is the adventure variety that adds more outdoor survival essentials like water pre-filter, aluminum foil, ceramic knife, flashlight et cetera. Staying to the company’s motto of “products that can save your wazoo,” Each Cache Belt’s hang tag can be used as a drink coaster and the business card that comes with it, can also doubles as fire starter.

Wait, did we mention that the belt is military spec and capable of sustained up to 1,500 lbs? And also, it is made in the good’ol US of A. Just so you can be assured of the quality and the products do provide jobs to folks in the U.S.A. If your inner Batman is calling you out to grab this belt, well, you can do so by pre-ordering it on Kickstarter for $25-95, depending on the version and also, how soon you act on it. Check out the product pitch video after the break. 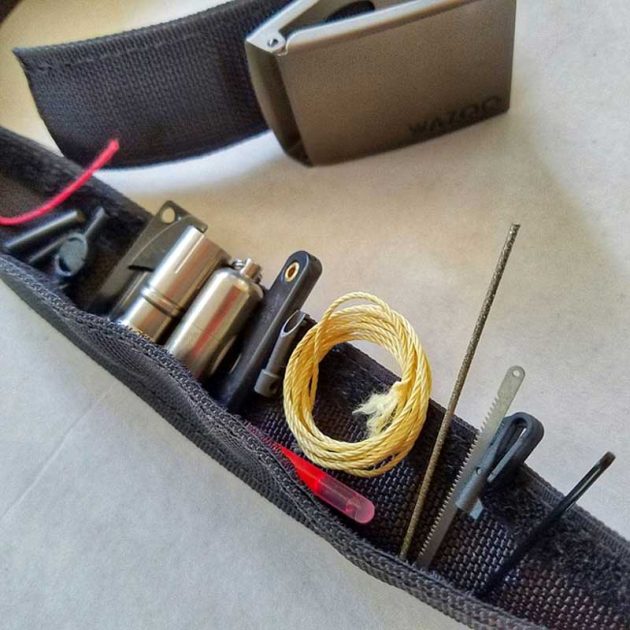