Funko is the name in cute-tifying characters, so is Chris Uminga’s take. Uminga’s iterations of superheroes may look ‘creepy’ but they are pale in comparison with the newly announced Shiny EVA-01 Parfom Evangelion Figure. It is new, shiny metallic variant joining the “Parfom” line, which is a highly posable and cute re-imagining of Evangelion. Well, it does not look exactly cute, does it? I mean, come on. Just look at it. It looks like it is ready to tear up anyone. 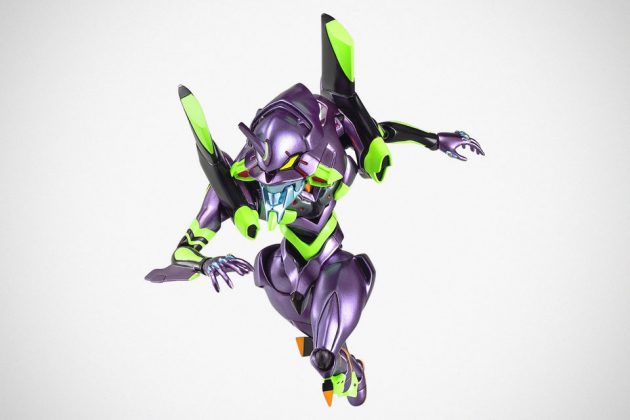 Despite so, it is strangely alluring. Maybe I am just morbid to be drawn to Evangelion in the first place. Though I very much hate it when ti dabbles into the pilots’ emotional baggage. Anywho, this not kawaii EVA-01 unit one offers you a choice of display. You can choose to display it in the infamous Berserk Mode, or prop it up with the transparent stand to replicate the jump landing pose it always execute to pin down some Angels, or get in to pre-fight mode armed with the included Pallet Rifle or the Progressive Knife, or simply leaving standing. 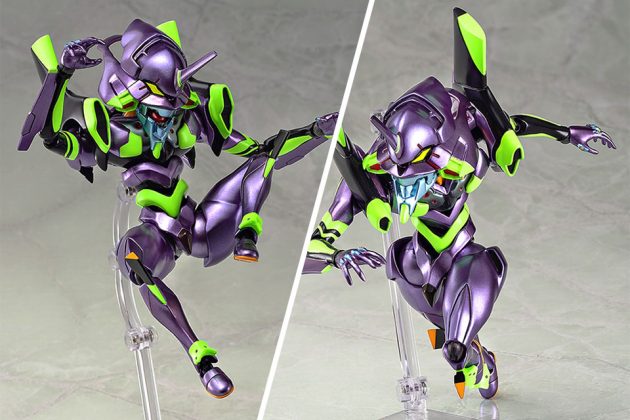 The figure comes with an Umbilical Cable which you can also use as a stand. Obviously, that would be my choice because, clear plastic no matter how clear it is, is still visible and therefore not as realistic. Not that realism is key with this ‘bobble head’ EVA-01. Shiny EVA-01 Parfom Evangelion Figure is the third version following the original and ‘Awakened’ versions. From the look of it, it is the most impressive version of the three currently revealed because, shiny metallic. 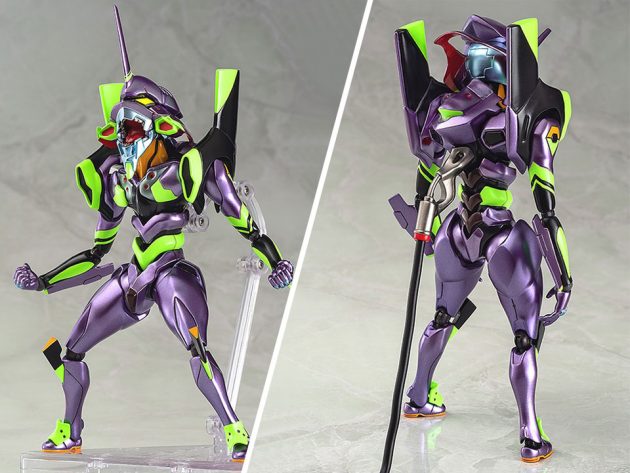 The Shiny EVA-01 Parfom Evangelion Figure is set to land in stores in May 2019, but already, the books for pre-order for this 7,200 Yen (around US$65) figure is already opened in Japan. 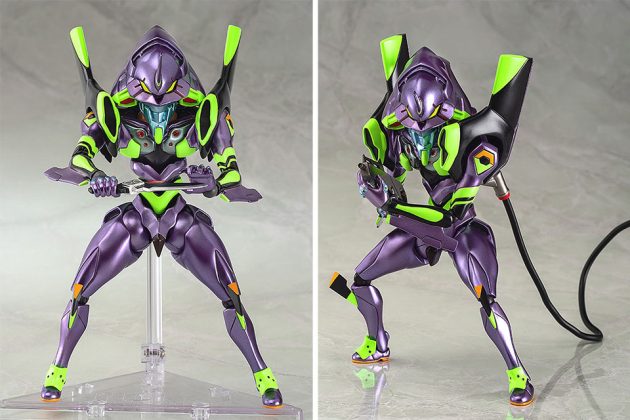