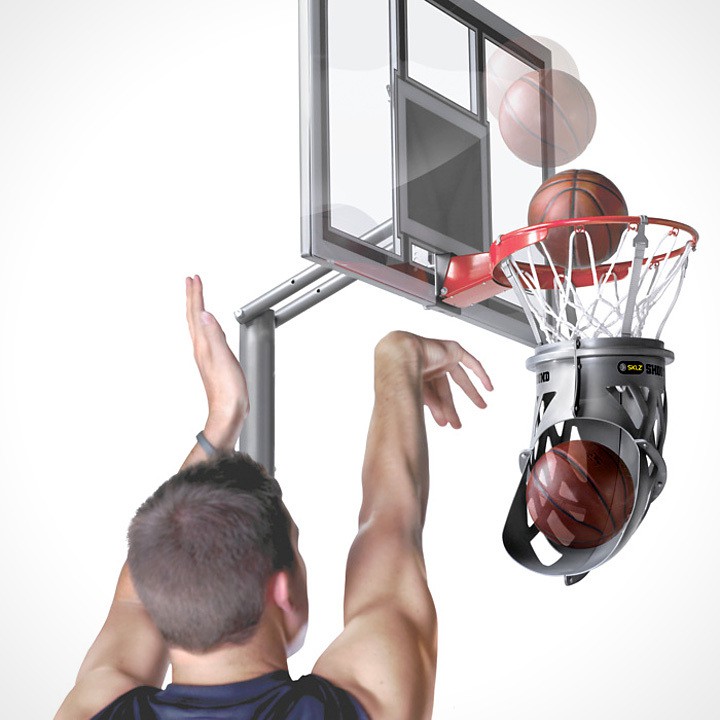 you know why we gave up practicing basketball shoot alone? we blame it on the process of chasing after the ball after every throw. you know, we will never know where it will go. if only we have discovered the SKLZ Shoot Around Ball Return System sooner, we could be nearly as good as Jeremy Lin – we said ‘nearly’. anyway, the Shoot Around is basically an angled plastic chute that when attached to any standard basketball rims, will assist in returning the ball right back to you, thus eliminating the chasing ball from your practice session. it snaps on using simple snap-on system and offers a 180 degrees of rotation to accomdate to different point of shoot. if you ask us, we’d say the Shoot Around is simply God send. pardon us for the exaggeration, cos’ we were too traumatized by our childhood basketball practices. the SKLZ Shoot Around Ball Return System goes for a modest price of $29.99 each.