love the idea of creating carbonated drinks in the comfort of your home with a touch of style? well, then look forward to the SodaStream Play soda maker machine. like the original SodaStream Source, the SodaStream Play soda maker machine is also penned by celebrated designer Yves Behar and will be making its debut at designjunction at the London Design Festival, happening from September 19-22, 2013. though the current SodaStream Source is offered in different hues, the SodaStream Play takes it one step further by allowing color-customization to suit your kitchen decor, while still maintaining the functionality and minimalistic form that the original SodaStream are known for. however, the key feature remains the fact that it can be easily customized to your liking by interplaying the colors of the head and column.

the Play features an innovative mechanics that allow the high-gloss slider columns to automatically return to the original position after being pressed, thus simplifying the process of carbonation. further adding to its ease of use is the single-push locking mechanism for the carbonating bottle. the Play is designed to work with either the 60L or 130L CO2 cylinder. as with the original, the SodaStream Play soda maker machines also uses BPA-free plastic bottle that are both beautiful and reusable, and thereby helping to reduce the waste contributed by conventional soda bottles and cans. the SodaStream Play soda maker machine will hit the stores in Spring 2014 with an yet-to-be-announced price. another look after the break.

NOW READ  Chop And Bin It: TidyBoard Is The ‘Desk Tidy’ Of Kitchen Cutting Board 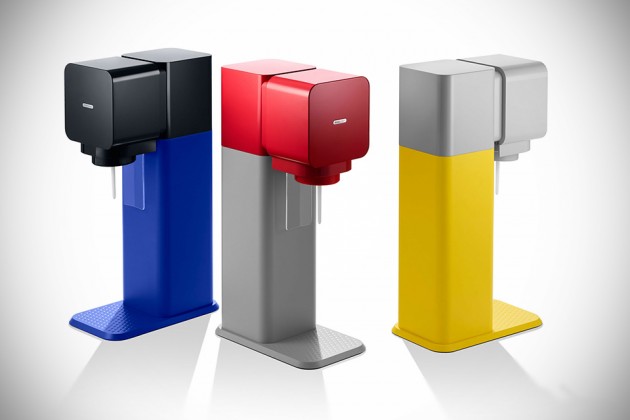