While companies like Vortex Bladeless is experimenting revolutionary way of turning wind energy into useable electricity suitable for urban landscape, Maryland-based SolarWindow wants to turn an entire building into a giant electricity generating structure. But how do they proposed to achieve that? Well, by an innovative transparent solar panel, which the company called SolarWindow, naturally. Described as the Kitty Hawk moment for the outfit, SolarWindow Technologies demonstrated the working SolarWindow in a video unveiled yesterday.

The prospect is no doubt exciting. Glass has been the go-to material for modern commercial architectures, so you can imagine the what if situation where the glasses on those building can actually convert light into electricity. Though there’s no detail how much it could produce per square feet, but the company claims that its technology outperforms rooftop solar panels by 50 times when installed on a 50-story building. Again, we do not know what’s the basis. According to the company, this technology can help to reduce carbon emissions equivalent to 770 acres of forest, where current rooftop systems achieved between 20 and 70 percent. 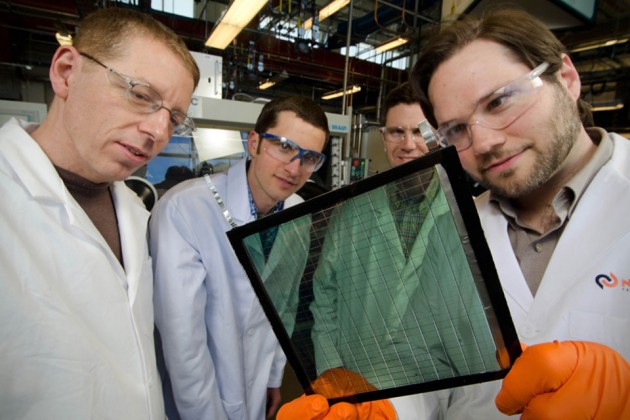 In addition, it also claims Solar Window can achieve financial payback in a year, a calculation which is said to be independently validated by the University of North Carolina’s Energy Performance and Infrastructure Center. Another boon is, this technology can be applied to all sides of skyscrapers, thus allowing it to maximize the rate of sunlight harvesting across the day. In addition to natural light, it is able to generate electrify under shade and even artificial light.

The potential of Solar Window is obvious and it could very well be part of the puzzle that could lead us into a cleaner world, but just how far is this technology to realization is yet unknown. While that has yet to be answered, we could only imagine it being used in conjunction with technology like Light Bandit to create even more savings that could result a future that’s worth living in.