Forget about charcoal, firestarter and heavy grill the next time you BBQ, because SolSource, the clean and green sun-powered grill, now has a version designed with portability in mind. Called SolSource Sport, it leverages on the same principle as the larger SolSource but in a package that’s a lot more easy to handle when heading out, be it to the woods or on a yacht. SolSource Sport opens up to roughly 31.5 inches (80 cm) wide and the special concave mirrors is capable of generating up to 400 degrees Fahrenheit (204 Celsius!) of heat for a variety of cooking style and it does so much quicker too, in about 180 seconds, than traditional fuel like charcoal. 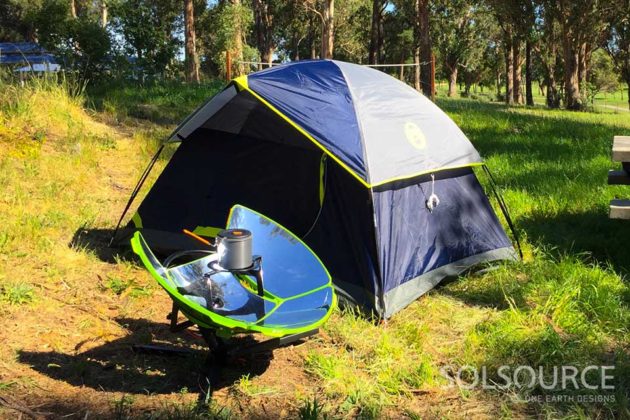 You must be thinking. Wouldn’t you at the mercy of the season? Well, yes and no. One Earth Designs, the company behind SolSource, said that SolSource Sport works perfectly even if the weather is slightly cloudy or there is only partial sunlight. It will even work at temperatures as low as 30 degrees Fahrenheit (-1.1 Celsius) and so, not even inches of snow on the ground will stop you from SolSourcing. The best part about SolSource Sport is, it generates zero carbon dioxide, which means you’d be cutting back on your carbon footprint without giving up your favorite past time. 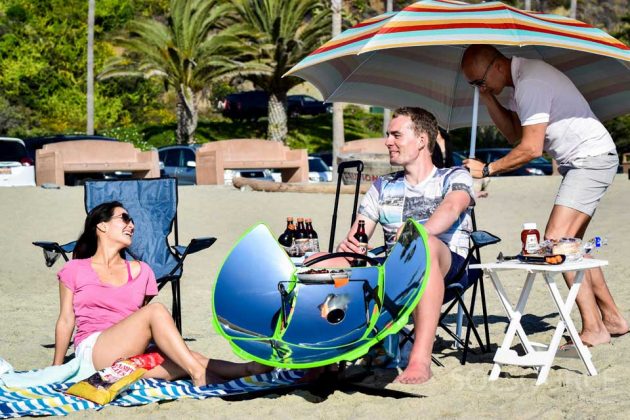 But I am sure there are concerns. Concerns like the reflective panels break and weight. With regards to those concerns, the materials used are polymer and so, it won’t break like glass-based mirrors do and being mainly polymer, it tips the scale at just 10 lbs (4.5 kg), which is significantly lighter than a typical charcoal or propane-based grill. The facts that you don’t need to bring along charcoal or propane tanks, plus it can be collapsed to a fit a 2 feet bag, make SolSource Sport suited for both backyard and outdoor BBQ – even in environments where naked flame is prohibited. The only catch here is, you probably have to have your sunglasses on while you are whipping up a storm. 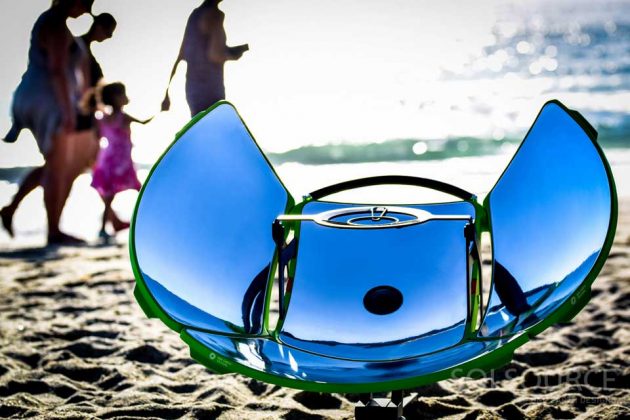 Now, the thing is you probably expect a hefty price tag to come with this fantasy green tech for BBQ, but surprisingly, it doesn’t, or at least, it is not if you pre-order it during its crowdfunding campaign on Kickstarter. You’re looking at $149-199 investment (retail is expected to be $249), or $229 if you want to include the specially designed carrying bag too. We’d say it is not bad a deal for something that satisfies your love BBQ without bumping up your carbon footprint. 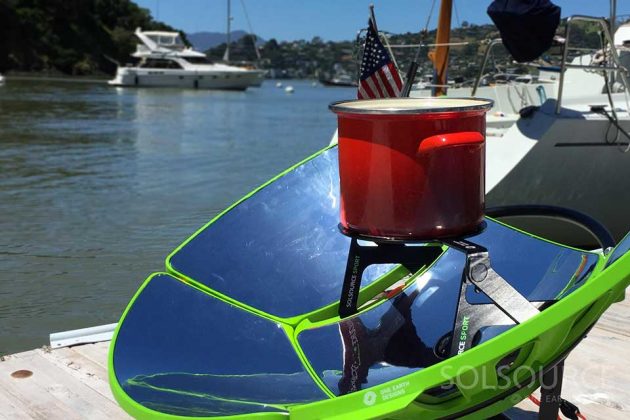 Images courtesy of One Earth Designs.