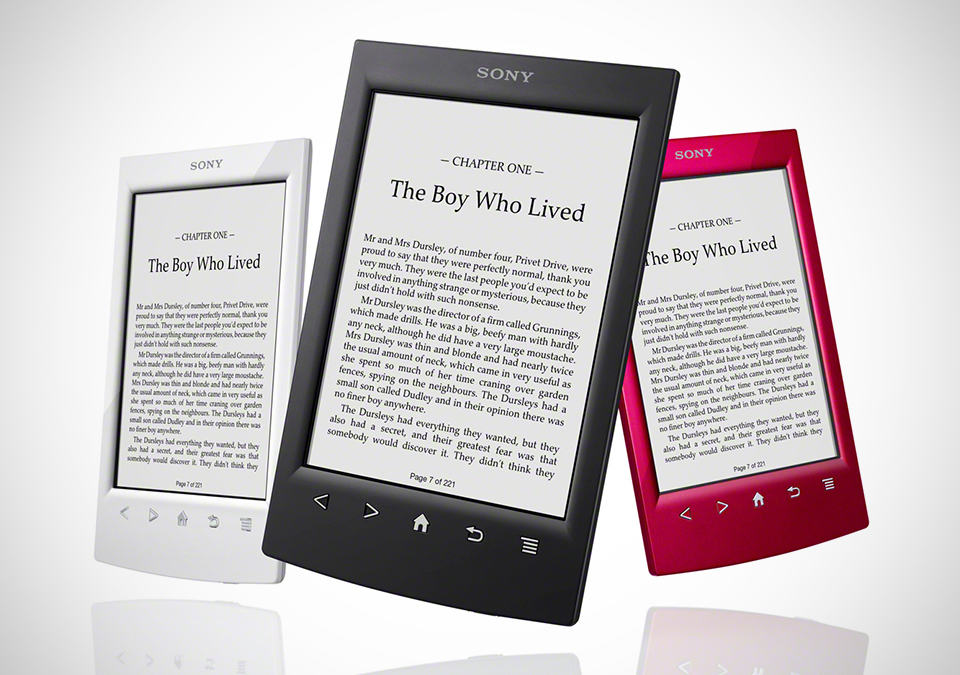 thanks to the digital revolution, we no longer have to reserve a room in our space-staved abode just for books. now, we could keep like tons of electronic books in a little device such as the Sony Reader PRS-T2 and bring them around whenever we go. never mind the fact that our capability to consume those books are limited. perhaps it just feels super to have our collection in one place that’s only a few touches away. the new Sony Reader PRS-T2 is choke full of features as far as e-ink-based ebooks are concerned. it features a glare-free, E-Ink Pearl V220 touchscreen, up to two months battery life, 2GB of onboard storage, built-in WiFi, intuitive touch with more ‘paper-like’ page turns, and two English languages plus four translation dictionaries. of course, it also supports the current ebook ‘standards’ such as changing of font sizes and types, swipe to turn a page, pinch to zoom, as well as writing annotation on page and highlighting text with either a finger or the included stylus. the new PRS-T2 also features Facebook and Evernote integration. users can share short passage from the books acquired from Reader Store to Facebook from the device, while Evernote allows users to save their favorite web content as web clippings and their favorite annotated passages to Evernote for viewing later on any smartphone, tablet or PC. the Sony Reader PRS-T2 is available in choice of three colors – white, red, and matte black – for $129 a pop. more images follows after the break.

NOW READ  Sony Xperia PRO Is A US$2,500 Android Phone That Is Also A Monitor For Your DSLR