If you are looking for some serious audiophile sound with the look to match, then perhaps you might be interested in Sony’s newest addition to its audiophile range. The Ultimate Signature Series Audio Range announced earlier this month comprises of two Walkman players (NW-WM1Z and NW-WM1A), a pair of reference standard headphones (MDR-Z1R), and a headphone amplifier (TA-ZH1ES) – all aimed to heightened your music enjoyment through meticulous engineering and crafted from the highest quality materials selected based on their acoustic merits. 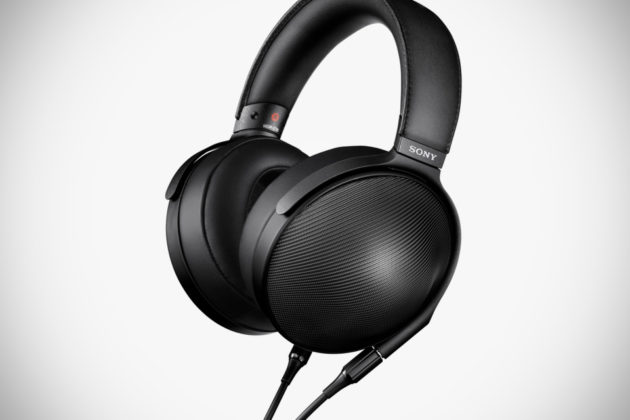 Kicking the quad of audiophile gear is the MDR-Z1R headphones that cost a mind-bending $2,299.99. You heard that right. A 2 grand cans and what do you get for that insane amount of money? Well, here’s what: 70mm magnesium dome HD driver to offer up to 120kHz frequency response, plus lightweight aluminum-coated LCP edge diaphragm and powerful neodymium magnet – all enclosed in a resonance-free housing with an acoustic resister to “optimally control ventilation.” Also included is a lightweight, flexible beta titanium headband, ergonomically correct earpads wrapped in genuine leather, balanced cable with 4.4mm plug and a low-resistance, non-magnetic-plated Corson alloy ear-cup connection jack. 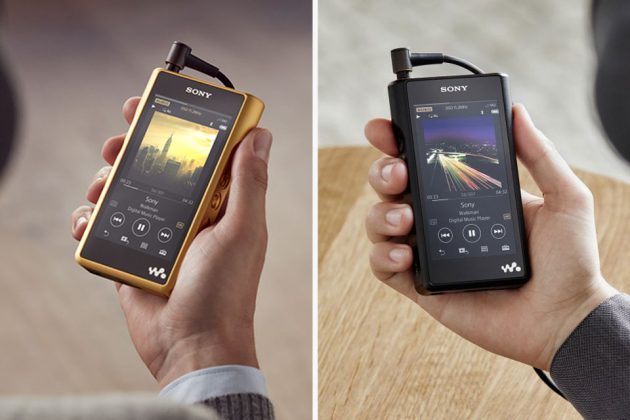 Next up are two Walkman players, the NW-WM1Z and NW-WM1A. Both models support hi-res music format such as 384kHz/32bit recording and if used with headphones like Z1R, it can also do Quad DSD native playback. The players also boast user-selectable multimode DSEE-HX to enable upscaling of lower bit rate files to higher, or near high resolution audio quality. Bass response is enhanced through high-output S-Master HX technology, along with FT CAP high-polymer capacitors-equipped power supply, while separate analog and digital circularity minimizes noise in both players.

Additionally, the WM1Z, which is clearly the range-topper here, also boasts a gold-plated, oxygen-free copper chassis that helps in reduce contact resistance, oxidation and also minimizes magnetic interference. And also, WM1Z is the first music player with Kimber Kable-engineered cable. And the price for such sound hole pleasing audio? A cool $3,199.99 for the NW-WM1Z, or if your belt is tighter, you can opt for the WM1A, which cost ‘only’ $1,199.99. 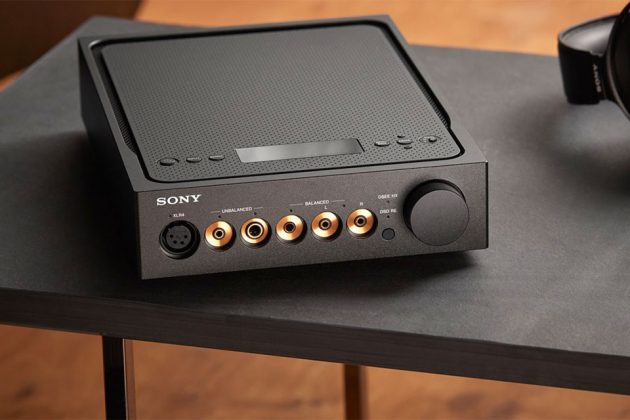 Last but not the least is the headphone amplifier, TA-ZH1ES, that’s designed to provide your headphone with extra oomph (duh) through D.A. Hybrid Amplifier Circuit with a little help from Sony full digital amplifier S-Master HX and an analog amplifier, so fine detail of the reproduced music will be preserve with low distortion. It also supports most hi-res music formats and offers DSHEE HX for up-sampling of lower resolution music. Like the rest audiophile gadgets in the Signature Series, the TA-ZH1ES doesn’t come cheap either. Expect it to run you back a jaw-dropping $2,199.99.

And I am sure it won’t be first or the last Signature Series you will buy cos’ the full enjoyment is derived from (likely) at least three of the four gadgets listed here and needless to say, it would be a fortune-breaking enjoyment.