Hong Kong actor Donnie Yen has been kicking ass in the Chinese cinema scene for quite sometime now, but it is only now that he got his big break in the western silver screen. Yes, we are talking about Rogue One: A Star War Story which the Guangzhou-born actor, best known for his role as the legendary martial artist Ip Man, starred as a faithful Jedi follower Chirrut Îmwe. Ok, maybe ‘faithful’ was an understatement; he was more like absolutely obsessed with the way of the Jedi. Anyways, if you are fan, Hong Kong-based toy maker Hot Toys may have something just for you: a Star Wars Rogue One Chirrut Îmwe 1/6th Scale Collectible Figure. 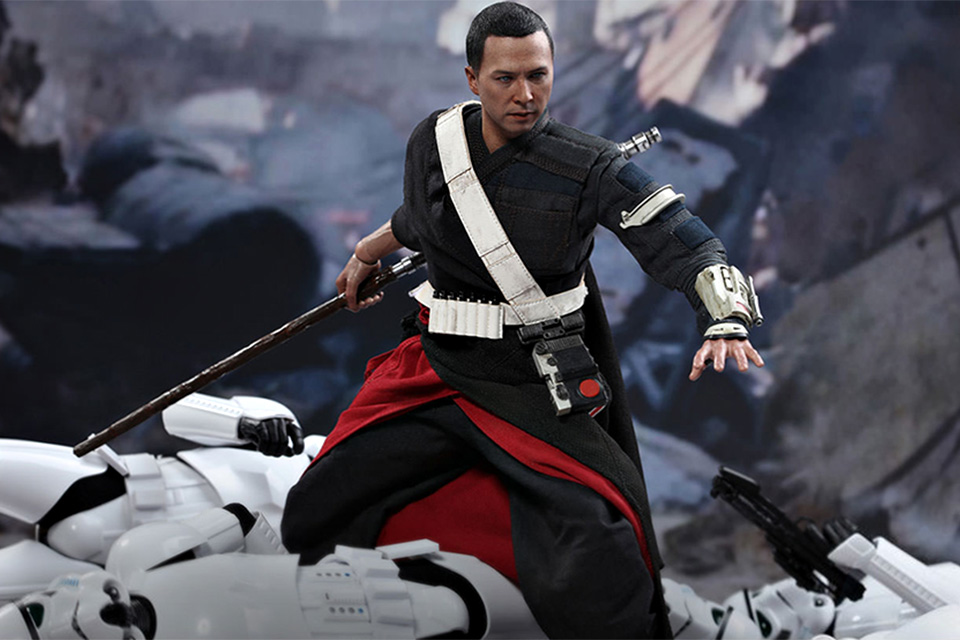 Donnie Yen is no stranger to most Chinese-speaking audience. Ok, maybe that’s not a fair statement cos’ western movie goers may also known him for Ip Man, but anyways, it may take a bit of effort to introduce the staff-wielding, blind Asian character’s action figure to the collectors community and so, what better way then to make a stop motion of this action figure giving a bunch of stormtroopers of a hell of a time. In case you still haven’t get it, yes, Hot Toys have made a stop motion video starring the company’s Chirrut Îmwe 1/6th Scale Collectible Figure giving Imperial stormtroopers some painful time – inspired by the movie trailer. 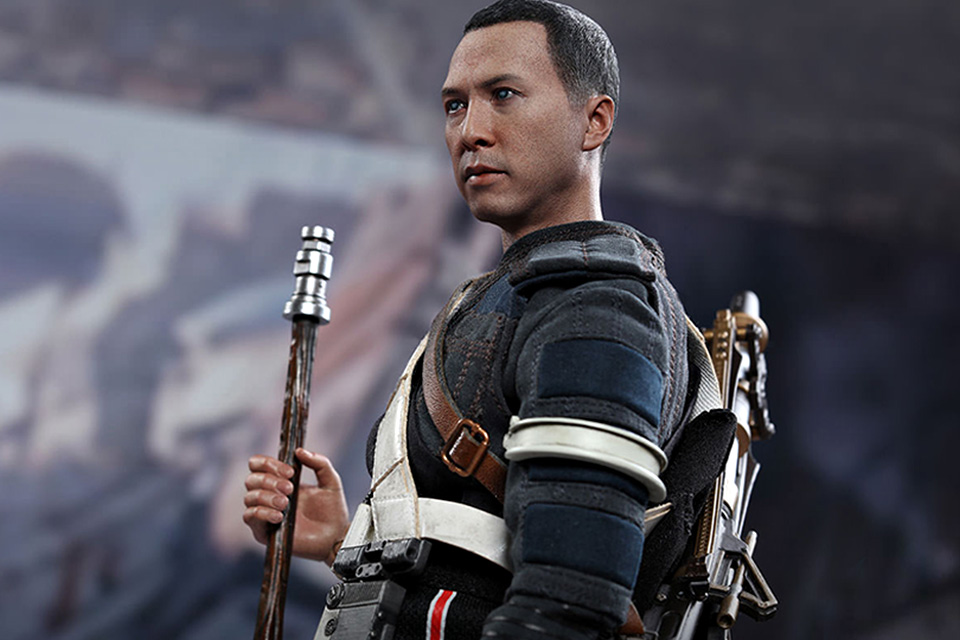 Back to the action figure… you can expect hallmark Hot Toys features head sculpt with detailed likeness to the character, over 30 points of articulation and a bunch of swappable parts, namely, hands and exacting costume. This 29 cm (11.4 inch) tall figure comes with a dedicated diorama figure base and a non-figure wearable stormtrooper helmet, and the entire package comes packed in a specially crafted package with design inspired by traditional Asian art. Star Wars Rogue One Chirrut Îmwe 1/6th Figure is available from Sideshow as a pre-order, priced at $244.99, with delivery estimated to happen sometime between May and July 2017. 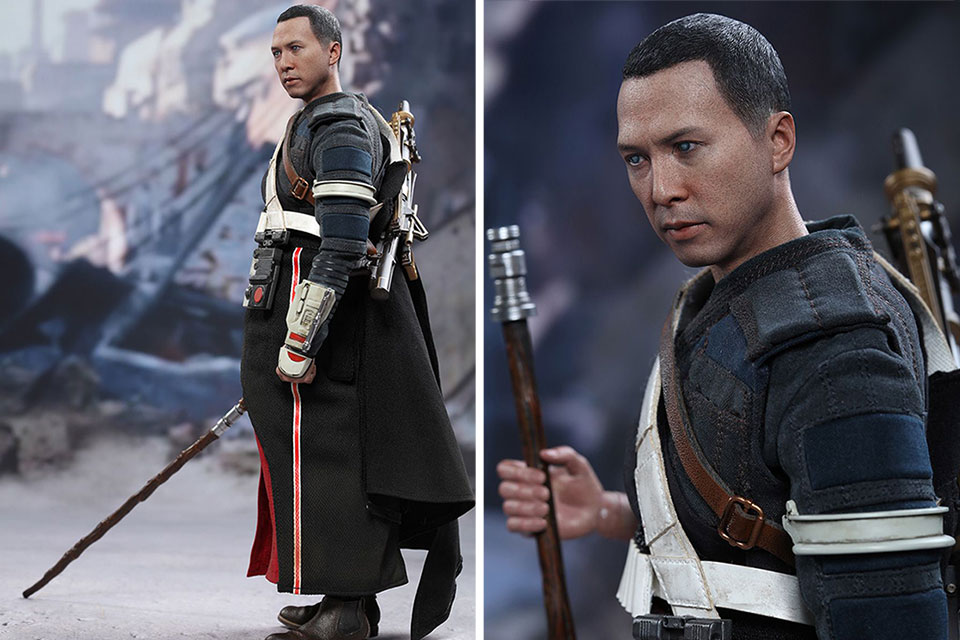 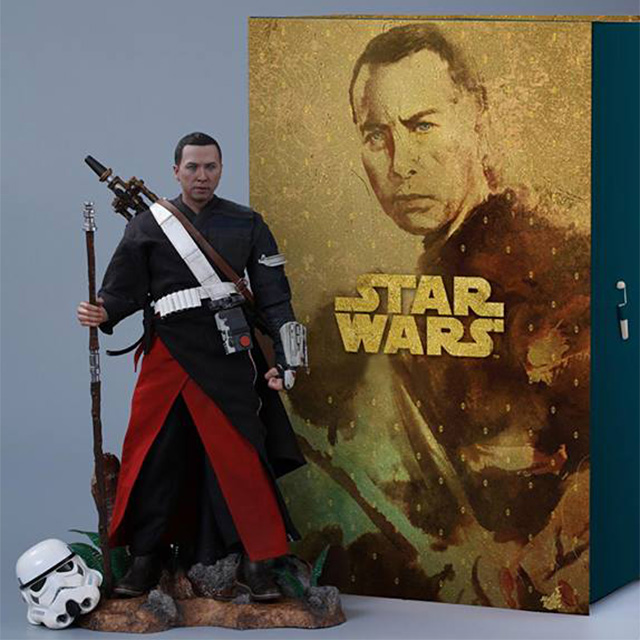 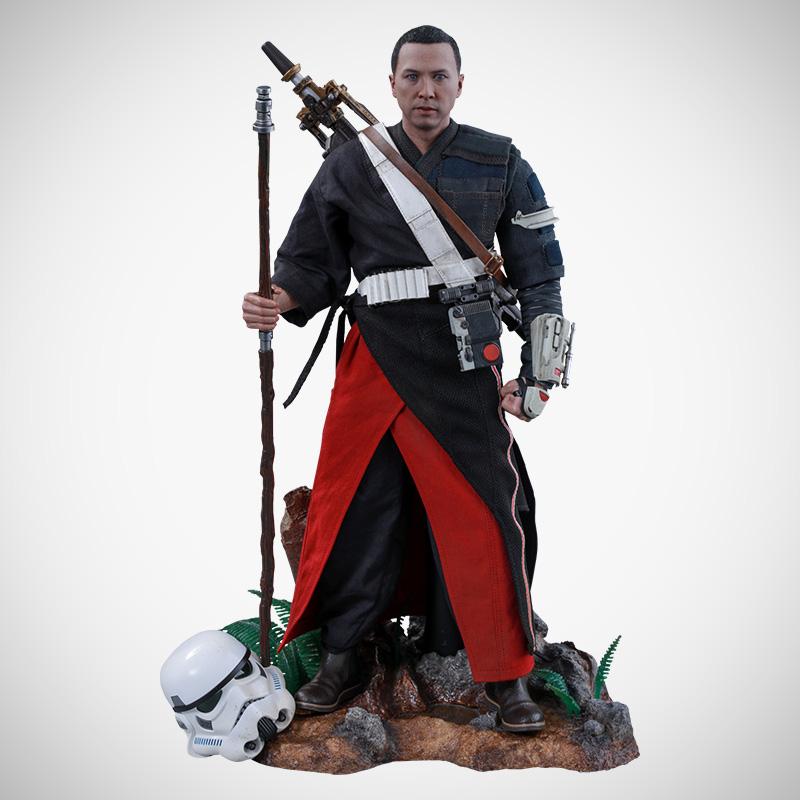