If you were a Stormtrooper, every end of a battle calls for a celebration because you never die. Lets face it, the survival rate of a Stormtrooper is beyond horrendous and so, you ARE GOING to celebrate and will do so by downing your favorite Galaxy Far, Far Away spirit in your very own image: Stormtrooper Decanter and Shot Glass. But never think of the next call up or what tour you land yourself with cos’ even the seemingly safest place, like the Death Star, can be and will be obliterated somehow. Damn it. Stupid reactor exhaust! Well, that’s kind of grim, doesn’t it? But hey, cheer up and have a shot or two, and keep your fingers crossed that you live to drink again. 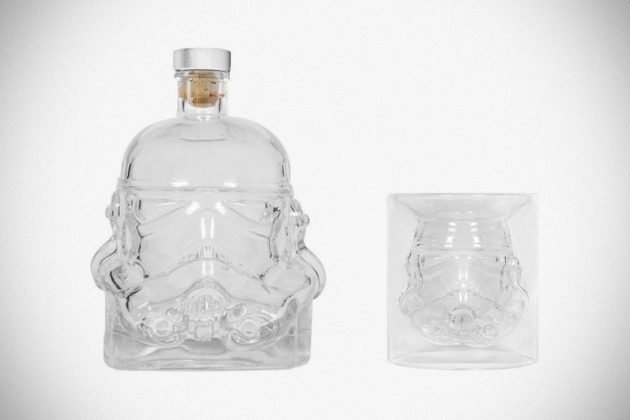 Speaking of drinking, these alcohol-drinking paraphernalia reminds of who you are (and probably how fragile you are as one of the Imperial’s many minions), and mind you, these glassware bears no ordinary Stormtrooper image; it is the image of the Stormtrooper helmet molds from the first of the original Star Wars trilogy, Star Wars Episode IV: A New Hope. A fitting tribute to a pioneer like you who survived the heat of Tatooine, the thick vegetation of Endor and the brutal cold of Hoth.

So where can you get it? Well, here’s the deal: you have travel to an alternate universe, to little blue marble called Earth and it is there you will find an online store called The Fowndry that’s peddling these wares for £21.99 (US$27) and £11.99 (US$15) for the Decanter and the Shot Glass, respectively. Oh, we forgot to mention that you need Earth’s currency, specifically, British pound sterling to acquire them. Good luck, trooper. You’re going to need it.

NOW READ  Aquarium With Sunken, Algae-covers AT-AT Aquascape Is A Sight To Behold

Images: The Fowndry via Hypebeast.