There was a time when game console market was dominated by Playstation and Xbox (it is still so), Nintendo differentiated itself with Wii, and subsequently Wii U, which were consoles that stood out with motion-controlled gaming. However, that key selling point didn’t quite hold up the fort, much less breach the walls held high by the two giants and if Nintendo wants to survive in this brutal game console war, it desperately need to reinvent itself. In between, Nintendo has dished out a couple of miniaturized and slightly modernised version of its ‘ancient’ consoles, the NES Classic and the Family Computer, in an attempt to lure nostalgic gamers, and today, the Japanese game console maker announces Switch, the company’s new game console that ditches motion control in favor of traditional control but with special attention paid to mobility.

Switch is touted as a gaming system that easily switches between home gaming and mobile gaming, blurring the line between home-based gaming system and mobile gaming. The concept of console to handheld gaming is not new. However, unlike Sony’s attempt which appeared to be more of an afterthought than anything else, Switch is designed from the ground up to enable both home-based gaming and handheld gaming. The ingenious design adds mobility of a handheld to a home gaming system to enable you to transition from home to mobile gaming seamlessly, so you won’t miss a beat. Actually, it is more than just a fancy game console that can transform from a console to a portable gaming device; it is also a mobile game console. 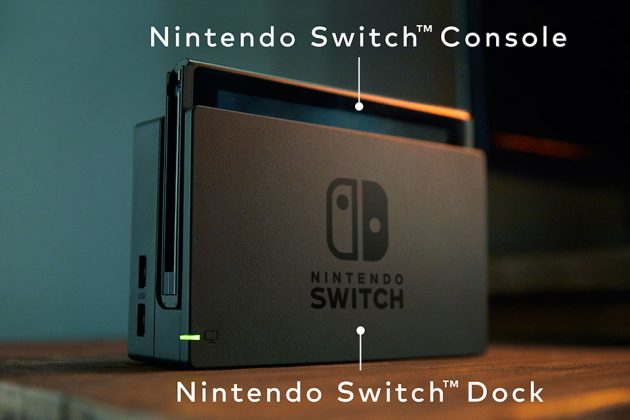 Switch features detachable controllers, called Joy-Con, that allows the Switch to be played as if it is a console game anywhere, be it on a plane, in a car, or wherever. A built in kickstand props the device up to serve as the monitor and one player can used both controllers, one on each hand, or in the case of two-player game, each player will take one Joy-Con. A Joy-Con Grip accessory allows two Joy-Con to be clicked together to form a traditional, one-piece controller, if you so choose to. With Switch, Nintendo also kind of reinvents multiplayer. Instead of playing with face-less comrades who could be thousand of miles away, several Switch systems can work together to form a local multiplayer environment where you can actually play face-to-face.

NOW READ  Upcoming Retro Video Game Console, EVERCADE VS, Will Arrive In November For US$100

There’s no hard specs to go around at this point, but somehow, we felt Nintendo may have just hit the sweet spot in gaming which, as we said earlier, blurs the line between console and mobile gaming. And if you didn’t realize yet, the latter is kind of central to today’s gaming, judging from the sales of smartphone and tablet games. Though it is not known if this console and mobile gaming gap will be further blurred through mobile apps and games integration. In case it does do that, I think Nintendo could be in for the win. We are sure as excited, but we have to contain the excitement till March 2017 when it is slated to be launched.