A year after the introduction of electric power suppliers’ worst nightmare, the Powerwall Home Battery, Tesla is at it again, these time doubling electric power suppliers’ nightmare by two fold. Not did it introduced a higher capacity home battery, aptly called Powerwall 2, Tesla also unveiled roof tile-replacing solar panels called, well, Solar Roof. The second-generation Powerwall is sleeker, simpler in aesthetic and more importantly, packs in much more than its predecessor. With 14 kWh of storage capacity, this new home battery is capable of storing enough juice to power lights, sockets, and even a fridge in a four bedroom house for the entire day. 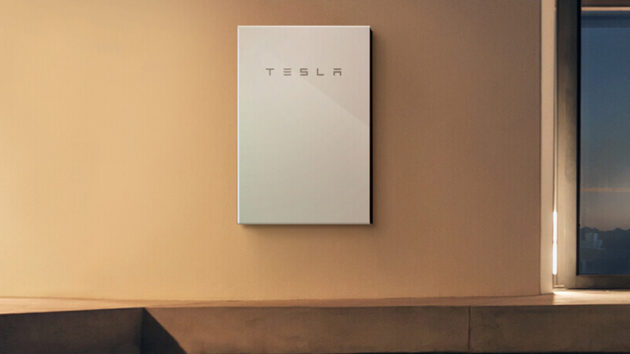 Obviously, home battery is only as good as if your utility provider offers varying price across different time of the day, though it could also come in handy in the event of outages. But if it is being used solely to store flat-charge power, then that’s probably the priciest “uninterrupted power supply” you ever purchase as Powerwall 2 is tip to cost a cool $5,500 (but Tesla said it is the most affordable home battery “in terms of cost per kWh). Anywho, Powerwall’s true benefit only becomes apparent when used with the newly introduced Solar Roof.

Solar Roof is essentially solar tiles that mimic the look of regular roof tiles with the obvious benefit of them being solar panels which can be hooked up to the Powerwall to store useful electrical energy for use when the sun sets or during an emergency such as a power outage. Tesla even went to the extend to consider the aesthetic, offering Solar Roof tiles in four distinct styles to match your home. The tiles are made from highly durable tempered glass and so tough that they would be able to shrug off the punishment, such as hails, unleashed by Mother Nature and for a lifetime.

We can almost hear utility suppliers trembling with fear, and we won’t be surprised if Solar Roof draws a barrage of media calling it out as bullshit. As consumers, we really don’t care. We want clean energy and above all, we want it free, and that’s all that matters. There’s just one problem though: not everyone lives on landed property to be able to enjoy the benefits of Powerwall and Solar Roof combined. But we will see how things will turn out and also, critical the success of these beautiful solar tiles will be the pricing that comes with them. Keep going for the Powerwall 2 and the Solar Roof unveiling video and hear from the visionary himself.