With the world population growing steadily, over population is inevitable and so, we better start getting use to living in small spaces, you know, like very, very small space. Fortunately, humans are resilient and creative creatures who will make the most out of any situation. So what if you have only 240-square-foot to your name? As this super neat tiny home, called The Alpha Tiny Home put together by Nashville-based New Frontier Tiny Homes, proves that being small does not mean it can’t be a complete home and similarly, being tiny does not mean it cannot have style. 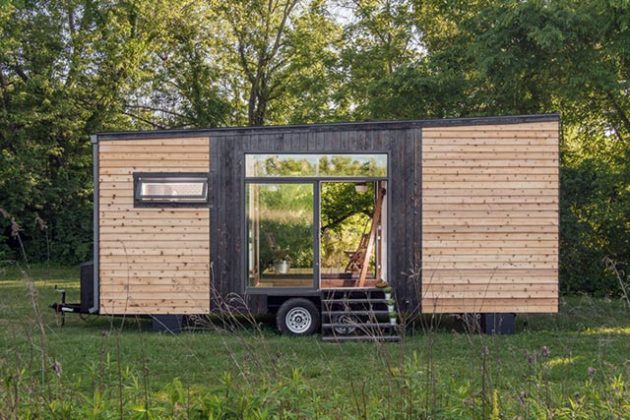 In fact, it is the opposite. This tiny abode is overflowing with style that would put some 6,000-square-foot mansions to shame. Hey, we don’t just say it. The fact that it was showcased on HGTV’s Tiny House, Big Living is a testament of this home’s alluring characteristics. Build on a custom 24-foot trailer, The Alpha Tiny Home’s exterior contrast offered by a combination of charred shou sugi ban cedar and red western cedar sidings, and mechanical seam metal roof are just a prelude of the beauty that lies within. From the outset, this tiny architecture/interior decor wonder beckons you to investigate it further and seriously, you will want to investigate further. 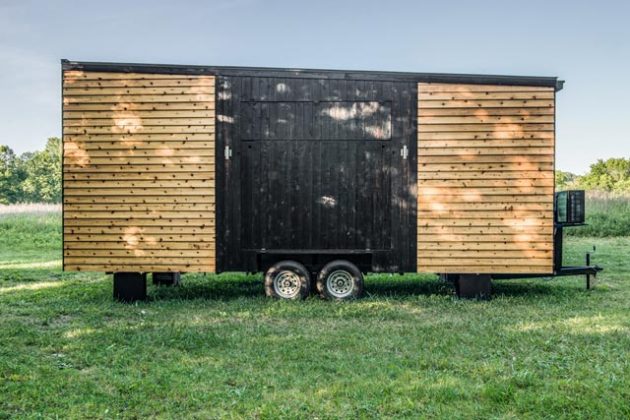 Despite having just 240-square-foot, New Frontier Tiny Home demonstrates it is the master of clever space utilization and design, packing it to the brim with amenities and features, including a step up kitchen with a dining table for eight hidden beneath, a full bath with Jacuzzi tub and shower, composting toilet and a washer-and-dryer unit, a sleeping loft for a King-sized bed – accessible using a custom Oak library ladder (complete with sliding rail!), hardwood floors, reclaimed barnwood ceiling, barn door that opens up to become a custom fold down deck and awning, tempered glass garage door, sliding glass door, and plentiful of storages.

NOW READ  What To Look For When Buying A Family Home

We imagine living in The Alpha Tiny Home would be like living in one of those micro apartments in New York City, but with less the bustling noises and at a fifth of the cost. Speaking of cost, The Alpha Tiny Home not exactly cheap by any standard; it will set you back at $95,000 for the setup you see on New Frontier Tiny Homes, which works out to be nearly 400 bucks per square-foot. But hey, it is still a luxury which is relatively affordable, isn’t it? 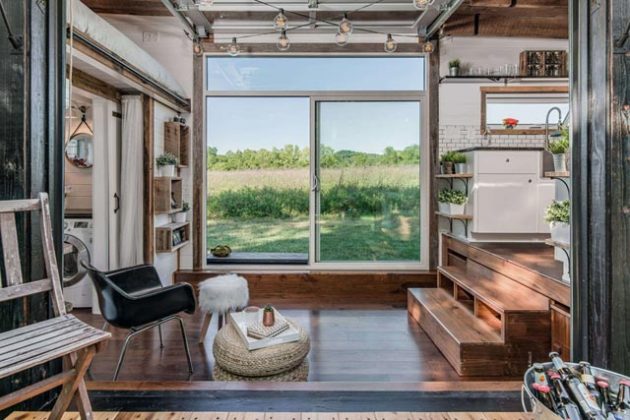 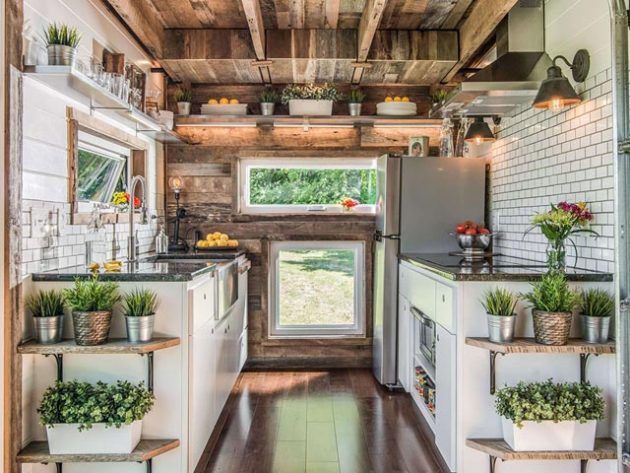 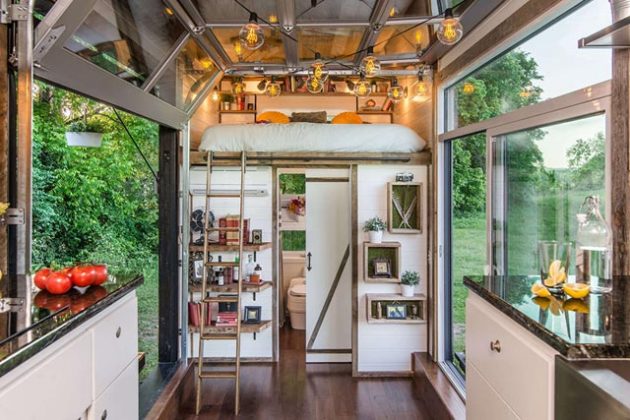 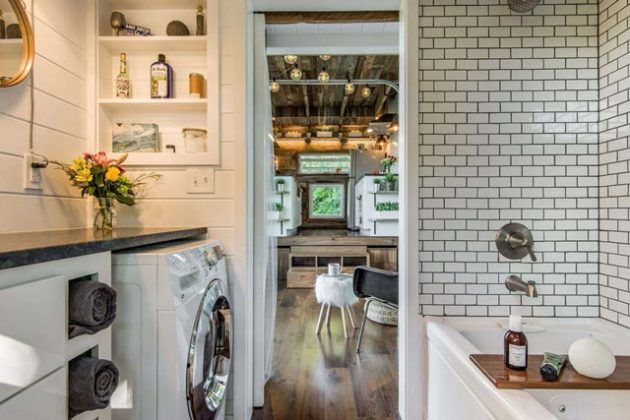