We have all kinds of robots. There are biomimicry robots. Robots that do dangerous stunt and then there are real-life Transformers robot. And now, there is a robot that will help you find Waldo. You got to admit finding Waldo can be a book-hurling kind of frustrating game. It is a ‘task’ that sometimes bring out the worst in a person. But not anymore because, There’s Waldo. There’s Waldo is a robot that can spot Waldo with incredible speed and accuracy.

Created by a U.S.-based creative agency redpepper, There’s Waldo demonstrated the capabilities of Google’s new cloud-based Auto ML Vision service. There’s Waldo is a Raspberry Pi-powered robotic arm that uses PYARM Python library for the UARM Metal. It is granted with a digital vision that takes a photo of a canvas where Waldo is supposed to be hiding in plain sight. It then uses OpenCV to find and extract faces from the captured image. 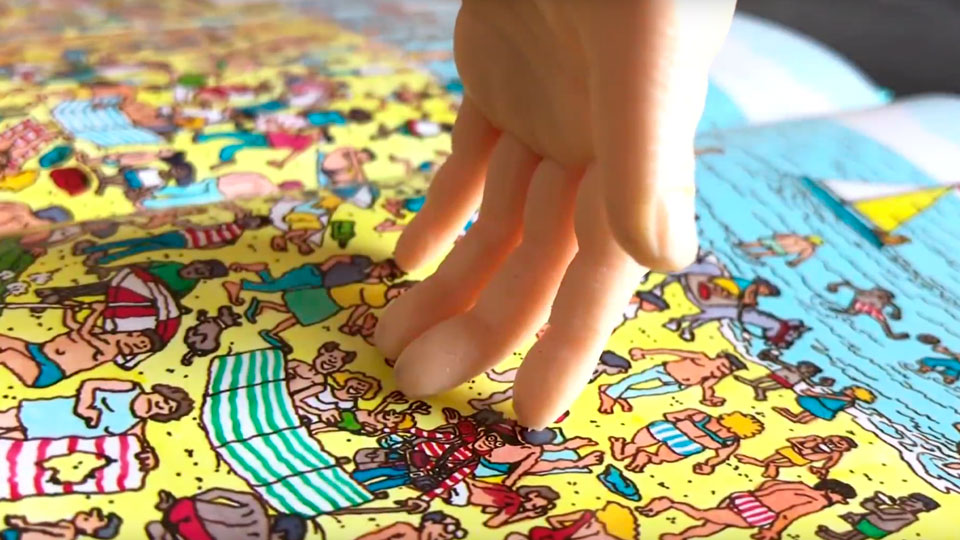 The data is then pass on to Google Auto ML Vision service which will compare the data set against a set of trained Waldo model. A confident match of 95 percent of higher will trigger the robotic arm to position its fake hand at the coordinates of matched face. In the event there are multiple Waldo, There’s Waldo will point it out one by one. So far, There’s Waldo’s fastest find is 4.45 seconds. I am not sure if the robot is quicker than the fastest human Where’s Waldo finder, but it is a start.

The fact that it relies on the cloud-based service could be a disadvantage. Like, you know, quality of connection and all that jazz may affect its performance somehow. But imagine one day, machine learning and artificial intelligence becomes so sophisticated that it could actually do the same without a service like the Google Auto ML Vision. Anyways, keep on going to see There’s Waldo, the Waldo-finding robot in action, in the embedded video below.