threezero has unveiled the first look of the pre-production 1/6 Scale ULTRAMAN Suit. For those who have not been keeping abreast with ULTRAMAN, which is more famously remembered as the rubber-suited, giant kaiju’s ass kicker, the ULTRAMAN Suit is straight from the manga series introduced in 2011 as a sequel to the 1966 ULTRAMAN TV series. So, yeah. It looks suspiciously like an Iron Man suit and so, we are not surprised where Tomohiro Shimoguchi drew his inspiration from when penning this modern interpretation of the iconic red and silver kaiju-killer. 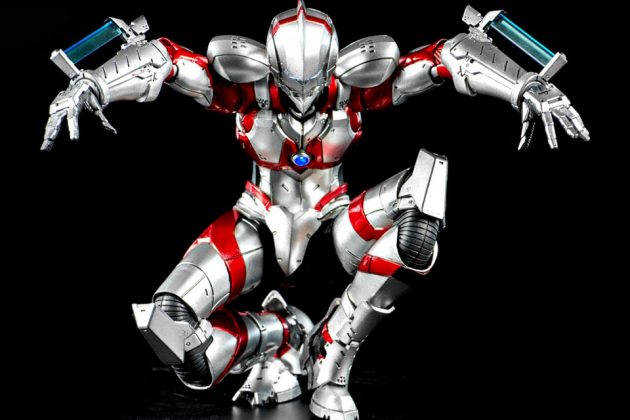 Anywho, if you are a fan, this super cool 1/6 Scale ULTRAMAN Suit is the collectible to look out for. Based on the ULTRAMAN manga (obviously), this 12.2 inches (31 cm) tall figure weighs in at a hefty 1.3 kilograms (2.9 lbs!) and boasts over 40 points of articulation along with LED light-up features on the eyes, color timer on the chest and “Spacium Blade” device (the thing on each of the underarm) to boot. Yep. Pretty much all the works. No. It is NOT Iron Man. Just saying… The figure comes with clear Spacium Blade Arm Blade Effect Pieces, highly detailed interchangeable Shinjiro head sculpt by Ryu Oyama, plus four pairs of interchangeable hairs.

The figure won’t be available until Q3 this year, but you can secure yours today for $260 over at threezero web store, or if you are in the Land of the Rising Sun, you can reserve yours for 32,184 Yen HERE. Skip ahead for more photo and a product video. 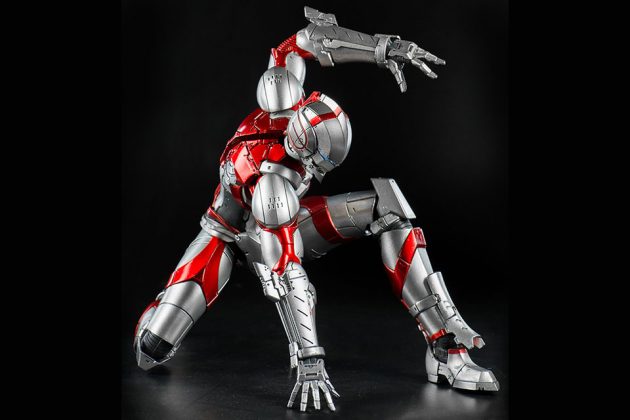 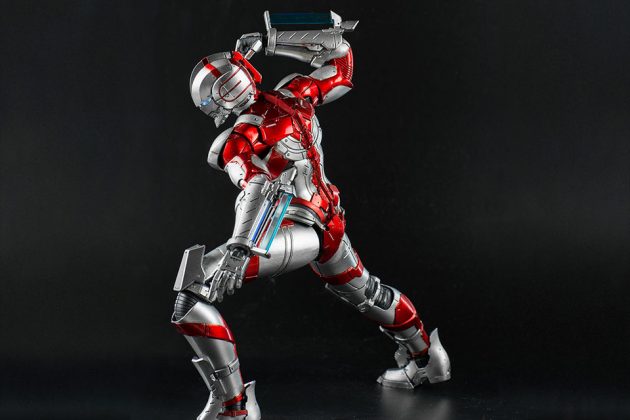 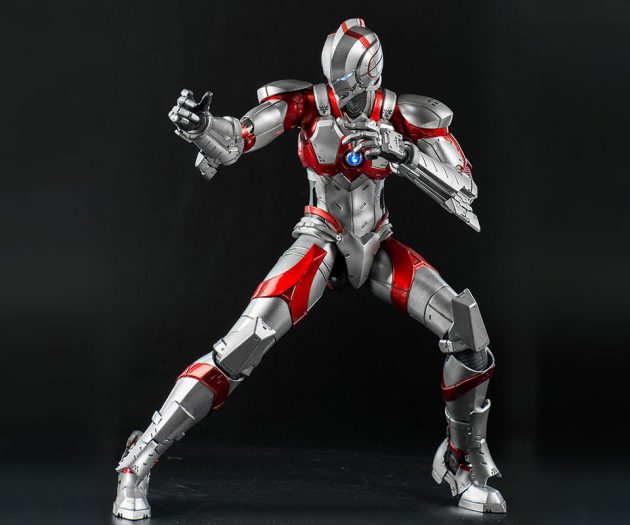 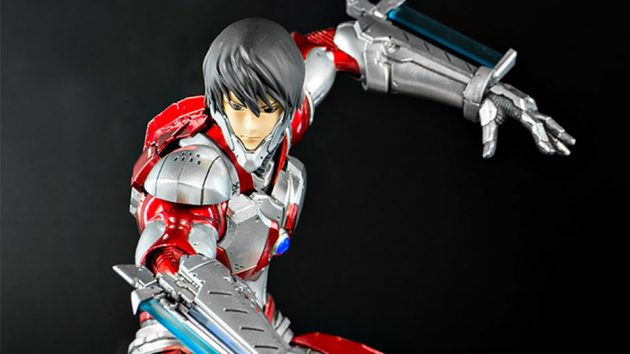 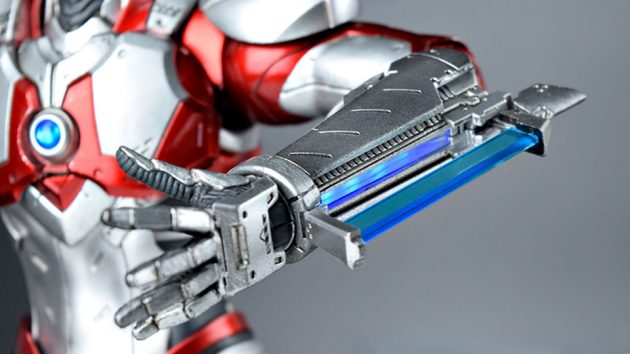