So far, smartphones have managed to replace regular cameras, but no one has thought of turning smartphones into a replacement for camcorders… until now, or maybe until 2020, if luck has it. Turing Space Industries, formerly Turing Robotic Industries, has revealed mind-blowing, you wish-it-will-come-true smartphone that kind of look more like camcorder that reminiscent that of the Nokia N93 (which was the first phone to replicate camcorder style form factor). 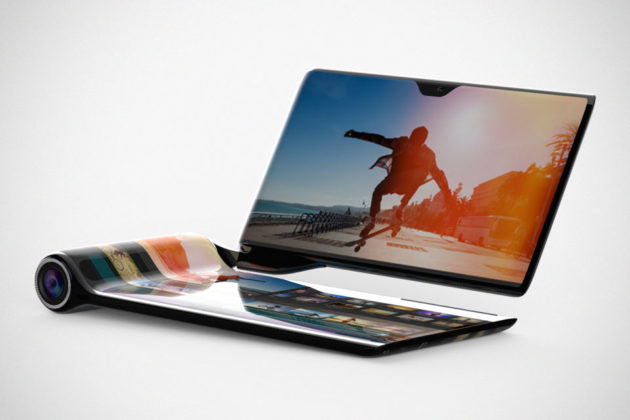 You may recall Turing Robotic Industries to be responsible for a rather outlandish device called Turing Phone that boasted high-tech “liquidmorphium” material and end-to-end encryption. The phone never saw the any shipment, but despite this expected set back, Turing Robotic Industries is back, rebranding itself as Turing Space Industries with a new, even more over-the-top smartphone called HubblePhone, named after the space telescope. 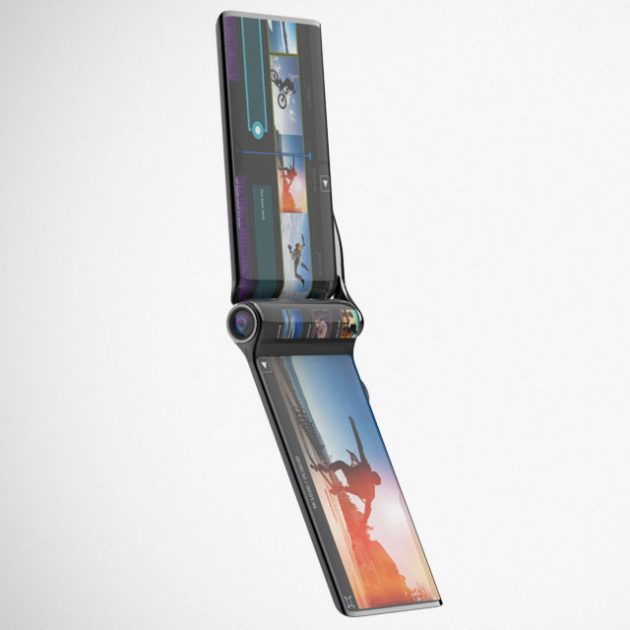 HubblePhone shared one crucial similarity with the granddaddy of camcorder smartphone, the N93, with a flipping/swiveling design. There is two parts to it, both which are screens, btw, refer to as “upper deck” and “main deck.” The main deck has an integrated cylindrical section where the 60 MP main camera is embedded on one end (with not one, but two LED flash surrounding it to boot) and there is also 12 MP shooter too. 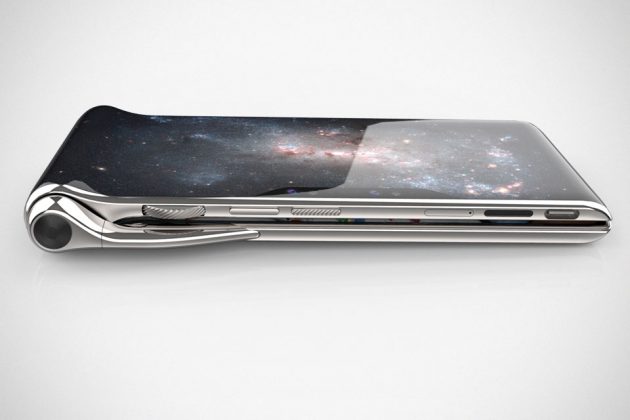 The upper deck, on the other hand, has two 12 MP cameras. By flipping/swiveling the device two screen, users can turn a regular all-screen smartphone into a camcorder proper. You see the picture now? And you also see the dreamy bits too? Yeah. It sounds all too sci-fi-ish, doesn’t it? If you think it is entirely plausible, then you should hear out the proposed specifications which include an yet-to-exist Qualcomm Snapdragon 855 chipset and now still-in-testing 5G network. 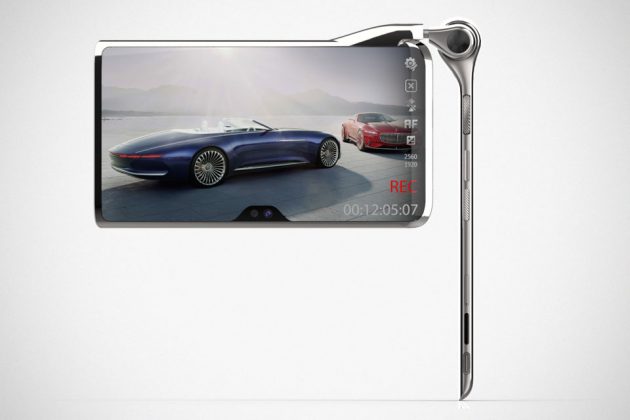 Interestingly, the handset is like two separate handsets conjoined together cos’ each deck has its own chipset, with its own processors, GPU and backed its own set of RAM and storage, and microSD card slot. And if we read it correctly, it is a multi-SIM device. Even the rest of the specifications is pretty rudimentary, I am still very much lost for words.

Seriously, the aforementioned features promised are enough hint of it being just be yet another fantasy handset. So, yeah. You’d be right to think that this phone is out-of-this-world. Then again, it is the phone of the future, isn’t it? I mean, after all, it is slated to release only in Q1 2020 and that is technically the future. Of course, Turing Space Industries is not going to say so.

In fact, the company has gone as far as putting a price on it. And how much will that be, you asked? $2,749. The decimal is in the right place. It is going to be a near-3 grand device. It is safe to say the HubblePhone is not for everyone. But we will worry about price later and wait and see if it will even materialize.