One Japanese Twitter user by the handle of @ryuji_maker has made an awesome grenade launcher entirely out of cardboard and disposable wooden chopsticks for some minor decorations (namely, the hand grip). @ryuji_maker himself is not sure which real-life weapon he has modeled this after, but we really don’t care because, it freaking works. 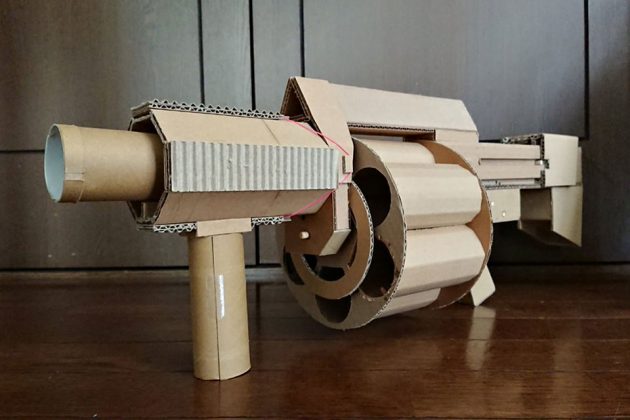 We love how the launcher looks. The ripped cardboard that exposed the rippled inside makes it look like the picatinny rail on the actual grenade launcher and that is super cool. Granted, it may not have the range, but awesome it still is. I wonder if the range issue could be solved by using stronger bands? Or would it make the whole thing consume itself, if you know what I mean. 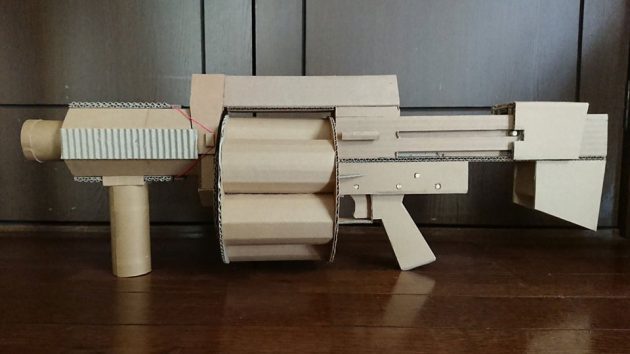 We can’t find any video of it in action with the super cool barrel with fake picatinny rails though and so, I wonder if it does work with the barrel?