There’s carabiner multitool and then there’s the carabiner multitool such as this one from Screwpop Tool, called Wishbone Wrench + Carabiner Multitool. So what sets the Wishbone apart from the horde of ‘carabiner’ keychains or multitools? Well, it is both a keychain and a multitool. A thin design ensures it is totally unobtrusive, while heat-treated 420 stainless steel, which is the material it will be made of, provides it with the strength and durability as a multitool. 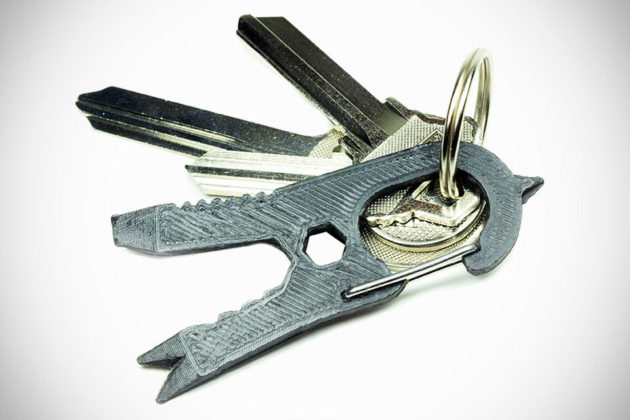 Speaking of multitool, this 0.7 ounce, patent-pending accessory offers no less than 10 functionalities, which include a Philips driver, an inch long ruler, a semi-serrated edge, a flathead driver that doubles as a pry bar, scorer and scraper, a wrench for 5/16, 3/8, 7/16, and 1/2 inch bolts and nuts, a wire stripper that also serves as a staple puller, a 10mm ruler with file edge, a quarter inch universal driver, and it is a carabiner clip for your keys, or anything that slips onto a ring. In the tradition of Screwpop Tool, it also makes a handy bottle opener too. 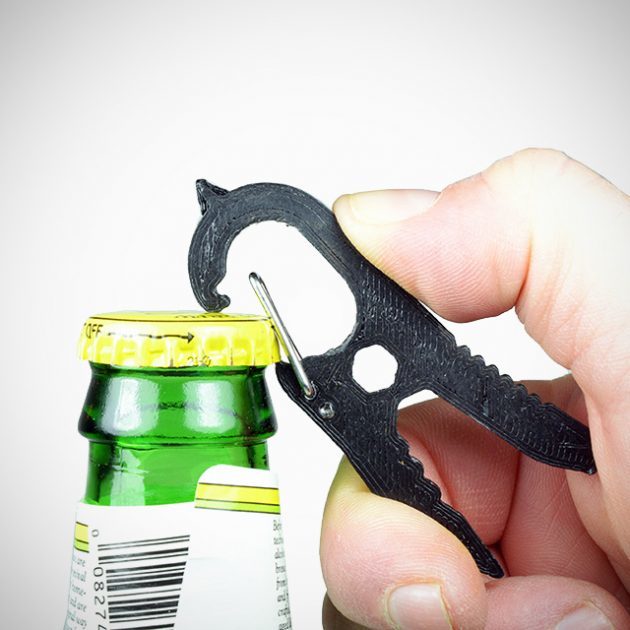 The images you see here is the not the final production example; these are 3D printed plastic prototypes. The eventual material, as mentioned, will be of 420 stainless steel, coated in titanium nitride if you opt for the black variety.

Screwpop Tool is not stranger to making awesome EDC and it is certainly no stranger to leveraging on crowdfunding website like Kickstarter to realizing and delivery new products. That said, if you want to see this beauty becomes a real thing, you can show your support by pre-ordering it on Kickstarter in the next 25 days or so.

And did we mention that it cost just 10 bucks a pop? Yeah.