Guys. Do you have junk that bulges as long as a wolf’s snout? If yes, then the Wolf Head Crotch Underwear is for you. Ok, maybe if you don’t, you too can wear this underwear that turns your crotch into a, well, wolf’s head and your manhood would be the canis lupus’ snout. Though we imagine it wouldn’t be as ‘majestic’ as those who have bigger package, if you know what I mean. Then again, big or small package, it doesn’t really matters cos’ 3D printing ensure you get the package from the get go and anything bigger on your part would be a bonus. 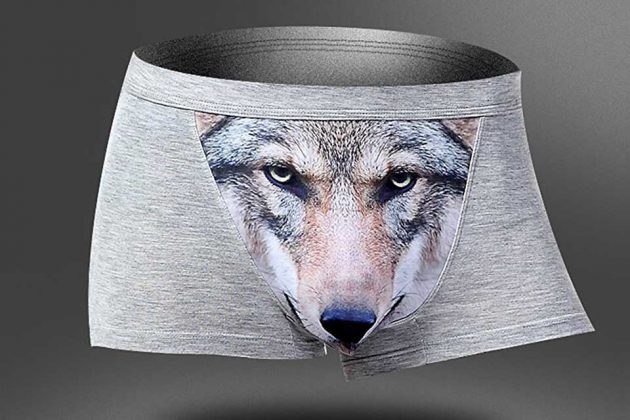 This novelty and somewhat weird underwear for dudes is said to “make a man looks sexy and wild” and from the look of it, it is not hard to easy how so. I am sure you will agree too. You can find a bunch of them on Amazon, some costing as little as $4 and in case wolf isn’t your cuppa, there are other animals like tigers, leopards and even eagles for those who think their junk is as sharp as a bald eagle’s beak. The choice is yours, but don’t tell us, really. We don’t even want to know. Oh, there’s a pack of three from Kedera, featuring wolf on different background colors and also, eagles too, if you prefer a mix of both. Or maybe just eagles. Your call. 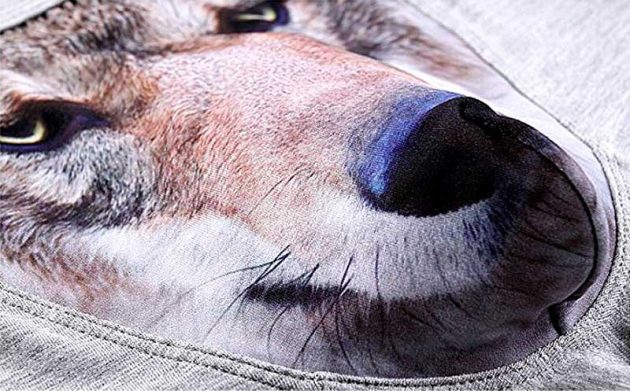 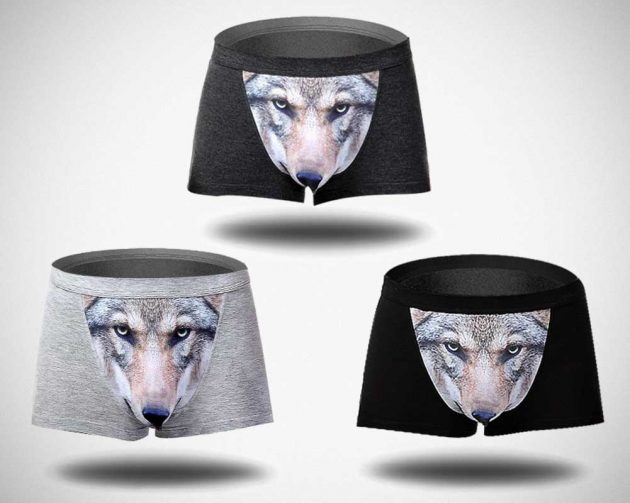 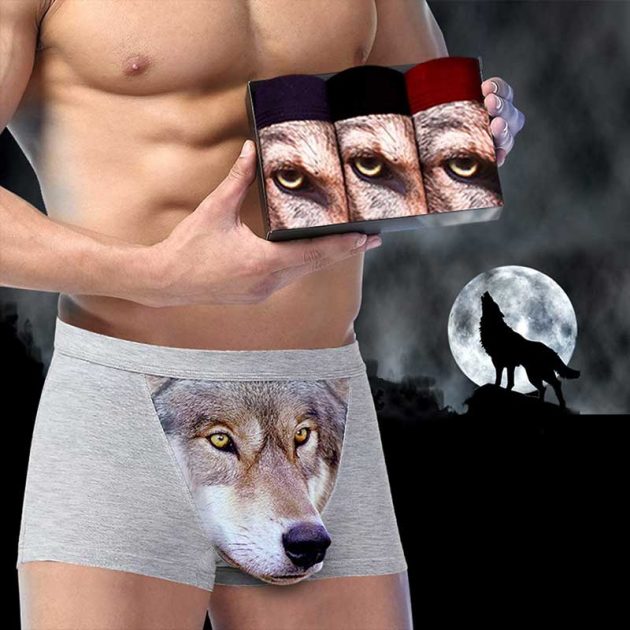