Are you still playing racing video games with a thumb stick game controller? Well, if so, you must have super dexterity with your thumb or you are just OK with less-than-ideal turns (read: you suck at the game). Me? I am the latter. That’s why I have the official Playstation Logitech steering wheel hooked up to my ancient PS3. But if I had a Xbox, I would probably not spend that kind of money. Instead, I would have 3D printed this Xbox Game Controller Mini Steering Wheel.

Like I have said. I am not a Xbox person, plus I am a stringy old [email protected]#k who prefer not to buy a 3D printer. However, if you are a Xbox person and have access to a 3D printer, this rack and pinion mini steering wheel could add some fun to your in-game driving experience. Granted, it is thumb-steered and it appeared to be not much difference to maneuvering the thumb stick, but trust me, it should be a lot easier because, steering wheel. 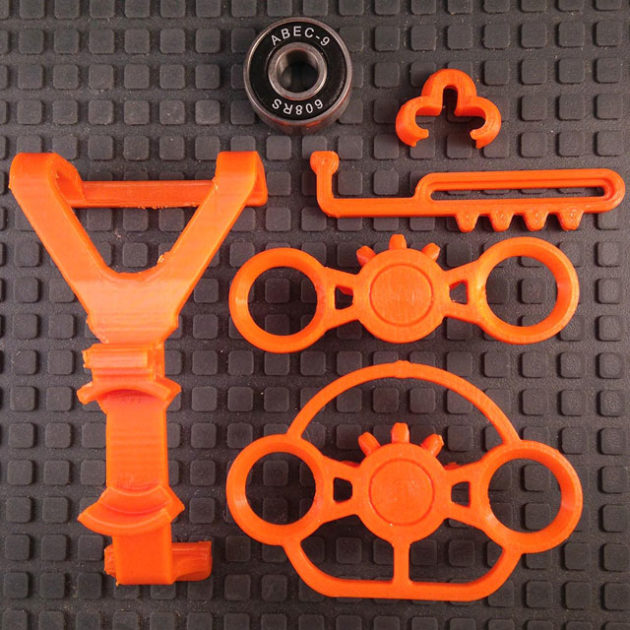 Before you jump on it though, do give Thingiverse contributor Pixel2 a pat on the back for sharing the source files needed to 3D print this clever upgrade. Also, you have to know that it is not a perfect solution. With the parts put together and slapped onto the controller, it will render the D-pad, the other thumb stick and a couple of buttons not usable.

Plus, as pointed out by the contributor, the frame of this mini steering wheel will scuff the controller’s body. So, if you are those who are obsessed in maintaining the controller in its pristine condition, Pixel2 suggests that adhesive felt to be added on the underside of the frame to alleviate this potential issue. Then again, if you are those who fling your controller everywhere without concerns after a game, I guess scratch or not, it doesn’t really matter, does it?