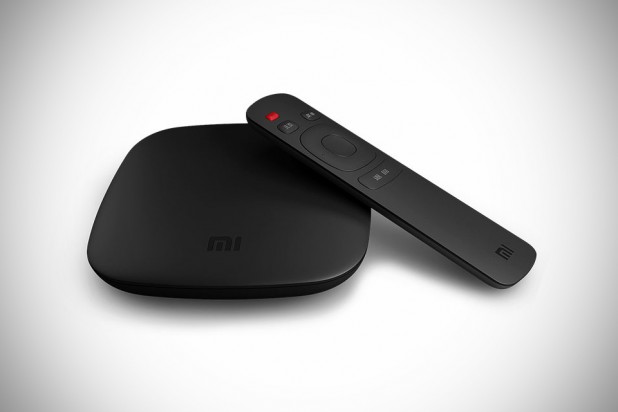 we have seen quite a lot of media players but as far as aesthetic goes, most of the them sticks to the safe rectangular black box. with the new Xiaomi Box, it not only looks different from the sea of media boxes but it also boast an incredible low price point of 399 RMB or about US$64. measuring a mere 4.1 inches by 4.1 inches (105 x 105 mm) and 0.8 inch (21 mm) thick, it sports a streamlined chassis in a sleek, matt black finish. beyond looks, this palm size media player or Internet TV Box is the answer to the growing Chinese population’s need for entertainment. powered by a modest 800MHz Cortex-A9 processor with 1GB of DDR3 RAM, the biggest draw of this little black box is the MIUI feature that brings together three types of wireless streaming: DLNA, Miracast and Apple’s AirPlay. the latter feature is enticing indeed as today’s geeks or families don’t just own one make of devices and the MIUI offers an attractive proposition, now that this black box can appease nearly everyone.

beyond that, the rest of the features are pretty much ‘regular’ for today’s media boxes which include up to full HD 1080p playback, Ethernet and WiFi connectivity, HDMI 1.3 and composite video out and a micro USB port for hooking up with movie-loaded external hard drive. supported video codecs include H.264, VC-1, WMV-HD, MPEG1/2/4 and it can handle MP3, WMA, APE, FLAC audio files. it pretty comprehensive as far as audio and video formats are concerned. speaking of which, video formats are quite varied which includes RM/RMVB, MKV, TS, FLV, AVI, VOB, MOV, WMV as well as MP4. as for photos, JPG, BMP and GIF are supported though not PNG. its maker claimed that users will have access to hundred of thousands of licensed movies, TV shows, variety programs, animation as well as documentaries and they have over ten major online content providers to back those up. wrapping up the entertainment department are some preloaded Android games and applications. the Xiaomi Box is slated to hit the stores in mainland China this December (though, it is up for pre-order now). check out a product intro video (in Mandarin but subbed) after the break.