I am sure everyone here is familiar with the green army men – especially those who grew up in the 80s. If not, Pixar’s Toy Story should ring a bell because they were in the franchise too. Green army men are hardly action figures. They were tiny, not posable and often crudely made with rough lines that lacked details, but because they are now considered icons of the toys of the past, it kind of feel endearing to see them again – even if they are doing yoga poses and not in their usual combat poses. So, yeah, the Yoga Joes Green Army Men Toy are a thing. 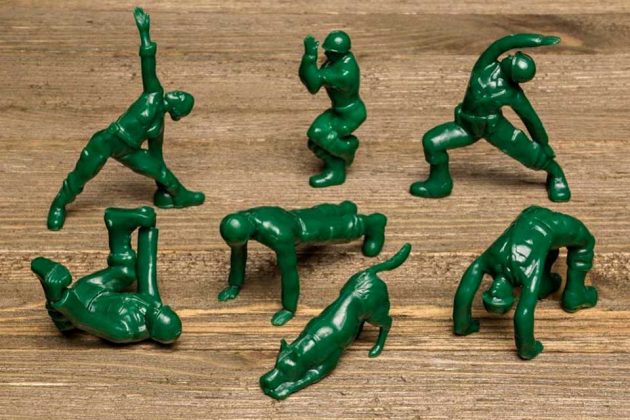 They are the green army men you have come to know and love, but they have ditched their weapons in favor of yoga. Namaste! Altogether, there are three sets: Yoga Joes Green Army Men Toys that has 9 figures, Advanced Yoga Joes with 6 figures, and Series Yoga Joes containing 7 figures, and they are also available in pink and purple, in addition to the standard green. But somehow, non-green army men seems a little less appealing. Just saying… Anywho, if you desire, you can pick up the Yoga Joes Green Army Men Toys for $25-28 per set. 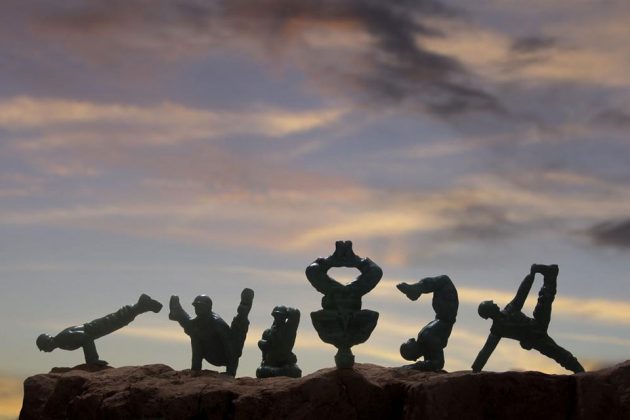 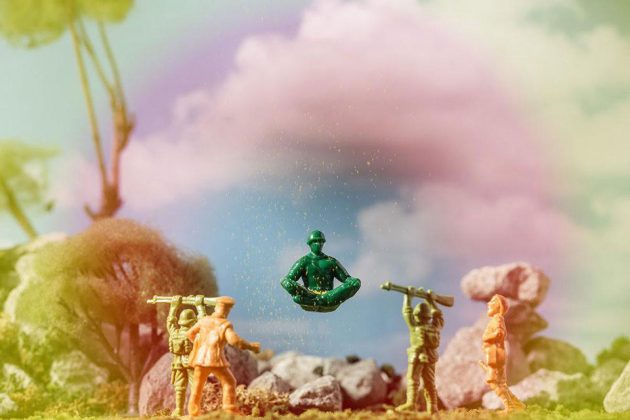 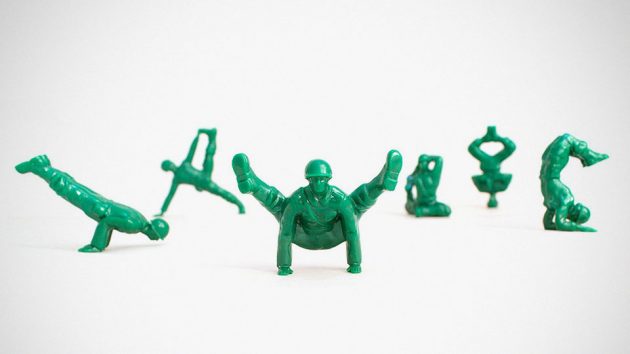 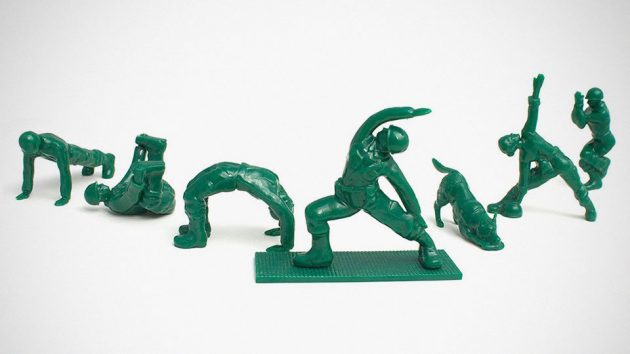 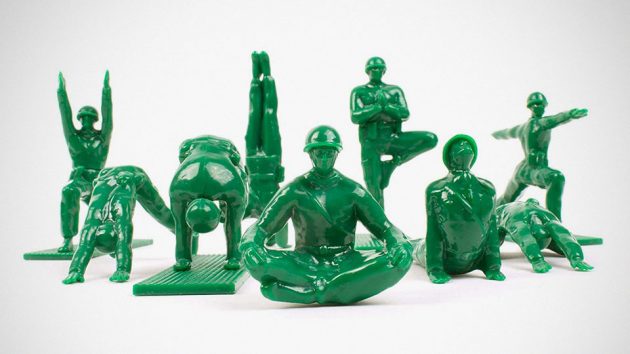