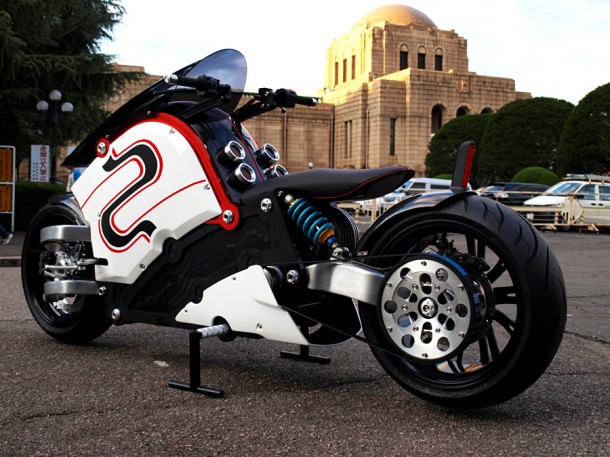 the two-wheeler of the future is often portrayed as an electric powered vehicle clad in an ultra sleek body as seen in sci-fi animations such as Akira and sci-fi flicks like TRON. well, the good news is, the world is making progress in electric powered bike but as for its general design, electric bike still looks pretty much like its gas-guzzling counterpart. however, the zecOO electric motorcycle from Znug Design might just be the first to break that traditional design, both as an electric-powered bike and as a two-wheeler in general. the zecOO boast a patent-pending frame system that offers precise, simple and update-able assembly. while it may look futuristic, do not expect to lay flat on it like what you may perceived for the bike of the future. instead it is billed as an “emotional electric low-ride motorcycle”, which we supposed it is kind of like riding a sports bike in a Harley-riding posture. yea. you got the idea, don’t you? details are scarce at this point but according to Inhabitat, this bike makes a top speed of 75 mph (120 km/h), has a range between 55 and 86 miles (86 km – 138 km) and it takes just four to six hours for a full charge. unlike most concepts, the zecOO Electric Motorcycle will get to see the light of production, albeit being limited, with a sticker of around $70,000. hit the jump for a few more look.