Well, this is it. Nissan has taken the wrap off the new 2018 Nissan LEAF, the follow up to the grandaddy of modern day mass produced electric car which was first introduced to the world seven years ago and it is pretty damn awesome in both looks and specs. Also, it has one crazy idea up its sleeve: it wants you to drive with just one pedal. Yeah. You know how automatic transmission car helped eliminate one pedal? Well, the new LEAF did not actually eliminate yet another, but it does pretty much relegate the brake pedal to cold storage because Nissan’s new innovative e-Pedal kind of does it all in respect to acceleration and braking. 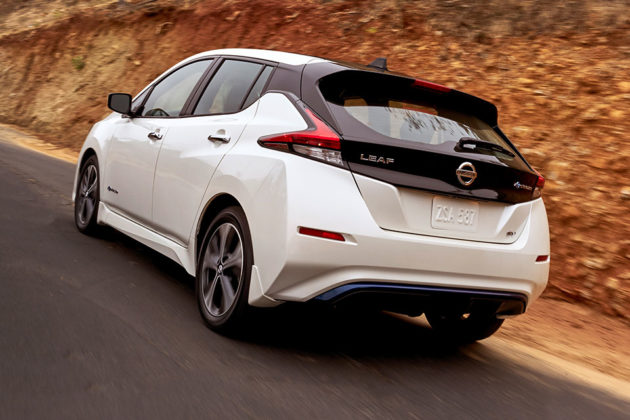 Yup. One pedal for both. Who knows? It might just be the future for cars? Granted, there is still a conventional pedal for times when aggressive braking is required. All it takes it a flip of switch and you will be zipping down the road with just one pedal – a whole new way of driving which I have no doubt needs a lot of time getting use to. Anywho, Nissan said its e-Pedal technology covers “90% of their driving needs” and will make “the process of driving more exciting.” How so? I guess I will never know until I get behind the wheel of one. Anyways, moving on…

Here’s how the e-Pedal will work for you:

The new LEAF is also outfitted with Nissan’s very own auto-pilot of sort called ProPILOT Assist which will assist you, the driver, to regulate the distance between your LEAF and the vehicle in front with a speed as preset by you. Ok, maybe it is not an auto-pilot, but more of an advanced lane assist in which it also ensure the car remain centered on a lane. As for the drivetrain, the 2018 Nissan LEAF’s all-new EM57 e-powertrain touts 38% more power, at 147 horses, over its predecessor. Torque also sees a significant bump too, coming in at a healthy 236 lb-ft and this 236 lb-ft is at your disposal right off the bat. Well, that’s the power of electric drive. 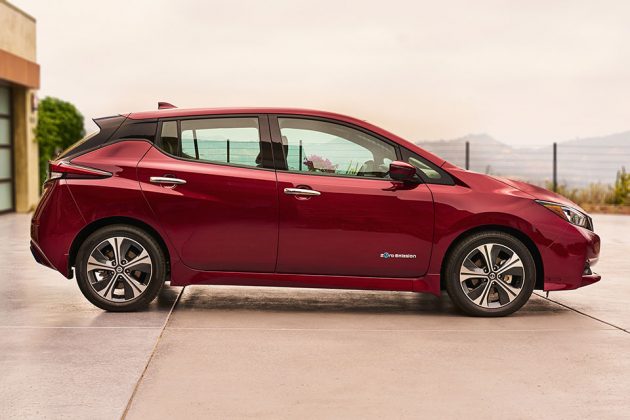 Obviously, those numbers is going to see this little guy getting up to speed way quicker than its forebear, though it is worthy to note that Nissan shy from offering the century sprint number. Also new in the second-generation LEAF is a 40 kWh lithium-ion battery system that boosts the range up to 150 miles – a good 40% increase over the outgoing model. Speaking of battery system, the new battery pack can get to 80% charged from the point of alert in mere 40 minutes with Quick Charging, otherwise conventional charging will hold you back up to 8 hours when charging at 6 kW or a dreadful 16 hours on 3 kW. And oh, charging is still at the nose section which means, new model or not, the Nissan LEAF is destined to be a head-in parking car. 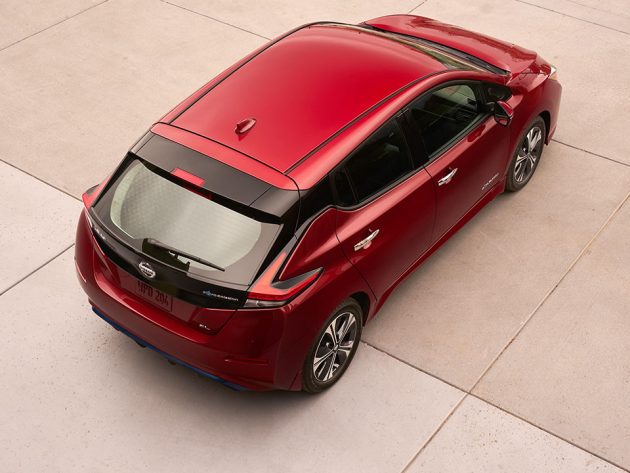 The 2018 Nissan LEAF Electric Car was unveiled on September 5 at a media event at Las Vegas’ Thomas & Mack Center by Nissan Motor Co., Ltd Chief Performance Officer and Chairman of Nissan North America, José Muñoz. The debut will see the new LEAF’ global launch in Tokyo, Japan follow suit and sale in the U.S. is set for “early 2018” with a starting price of $29,990 – $690 lower than the current 2017 LEAF starting MSRP. Well, not that the few hundreds would matter in comparison to the outlay required. It is still competitive nonetheless and having a sticker that don’t read 30 and over appears to be a lot cheaper too, isn’t it so?

Catch the highlight video after a few more looks. 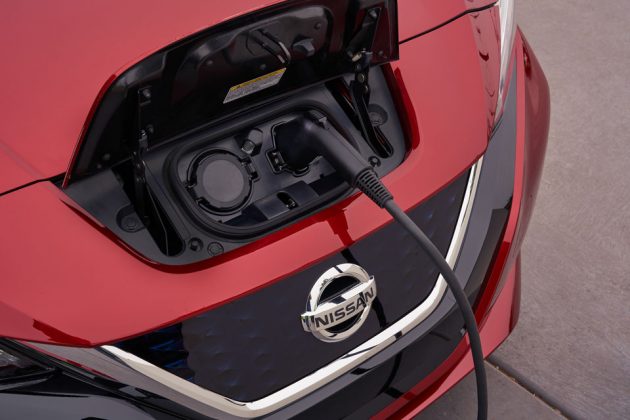 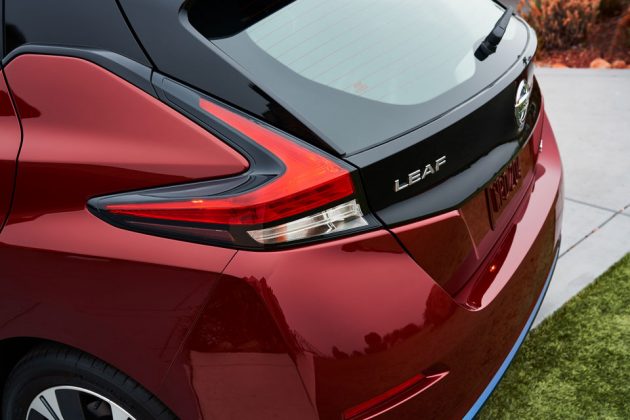 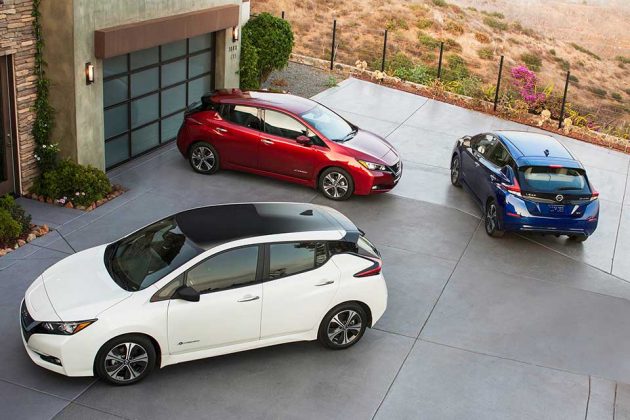 And finally, here’s an animated GIF of the interior:

All images courtesy of Nissan.