So you think you’re the biggest Marvel fan? Well, if you say so. We won’t judge, but whether you are (mega fan) or not, we think the 75 Years of Marvel Comics: From the Golden Age to the Silver Screen (TASCHEN, ISBN 978-3836548458) is a must-have book, even if you only have a tint of interest in Marvel (influence by movies, perhaps?). This mammoth tome’s 720 pages covers eight decades of the rise of Marvel, from its humble beginning in 1939’s four-color prints to golden era of print comic in the 1960s to its recent unprecedented success on the Silver Screen.

Written by Roy Thomas and edited by Josh Baker, 75 Years of Marvel Comics: From the Golden Age to the Silver Screen [Hardcover] contains over 2,000 images including vintage comic books (yeah!), one-of-a-kind original art, behind-the-scenes photographs, film stills, rare toys and collectibles, biographies of over 300 artists, writers, editors, and famous fans that make what Marvel is today, and most importantly, it includes a huge-ass (four-foot, to be exact) accordion-fold timeline that chronicles the entire Marvel history.

Perfect for both newly inducted Marvel devotees and hardcore fans alike, and the sheer size of the book just makes it even more awesome. The 75 Years of Marvel Comics: From the Golden Age to the Silver Screen will be available on the November 26, but you can pre-order it now on Amazon for $115.87 (and always, it is under Amazon’s pre-order price guarantee). 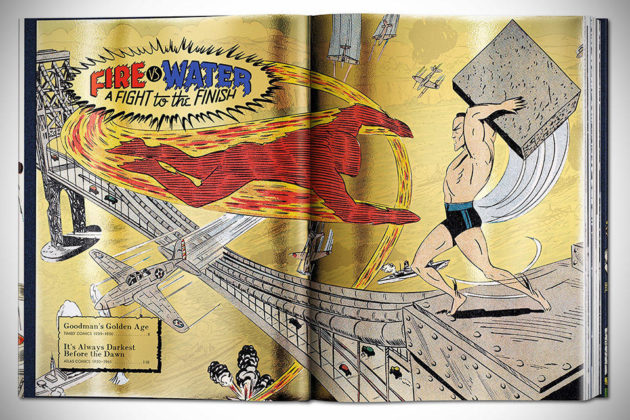 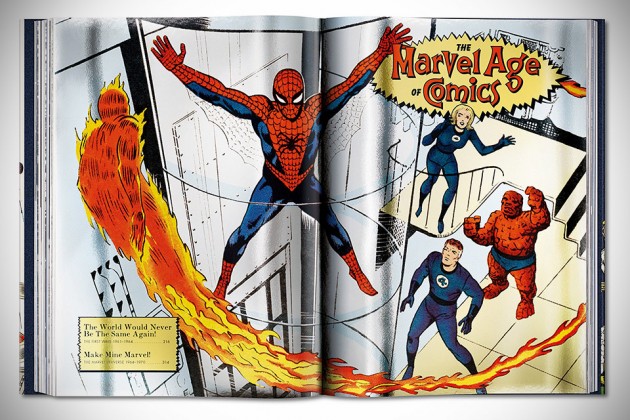 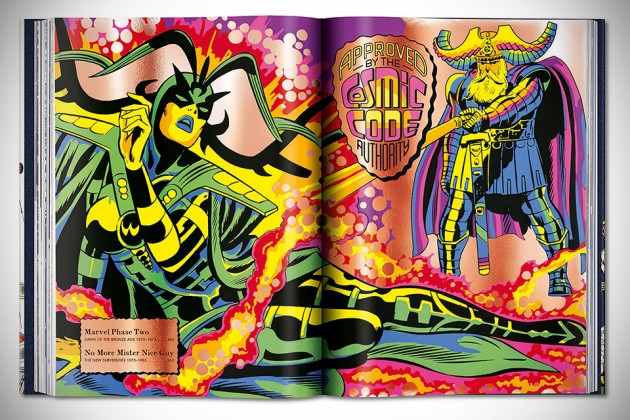 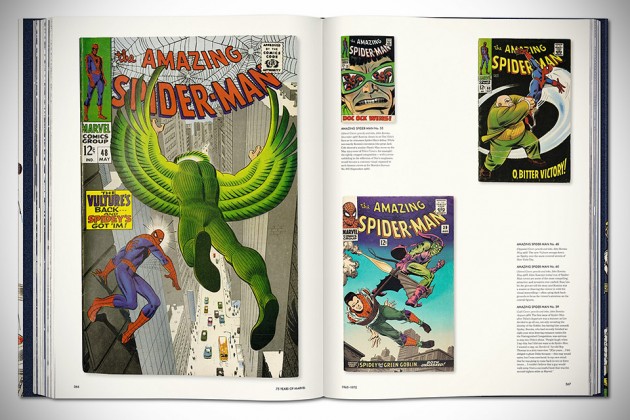