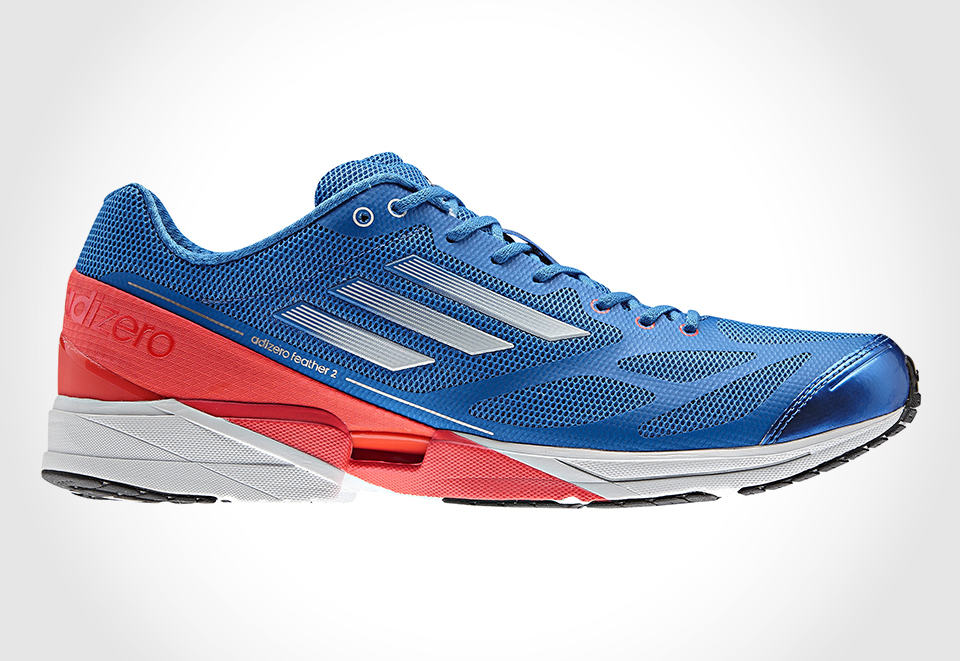 these days, gadgets are not the only things that are getting the best of technology advancements. in fact, everyday stuff such as your running shoes are being injected with fair amount of technological wonders too. case in point: the new Adidas adizero Feather 2. touted as the ‘lightest everyday running shoe’ that will aid athletes in going faster and enhancing their performance. the adizero Feather 2 features Adidas’ miCoach cavity built into the shoe for inserting the miCoach SPEED_CELL (similar to Nike+) that records (up to 8 hours) the wearer’s performance data such as distance covered, speed, pace, time and the likes, which can be shared, compared and challenge with your fellow athletes.

as for the technologies that went into creating this beautiful running shoes, they are nothing short of mind-boggling to any regular folks, unless you are a sports science graduate. it features the SPRINTFRAME platform that adhered to the upper directly for optimum forefoot propulsion, TORSION SYSTEM for independent front and rear foot movements, SPRINTWEB (an lightweight mesh resulted from seamlessly bonded TPU material) for comfort, support and breathability, adiPRENE up front, adiWEAR rubber outsole for durability plus traction, and strategically placed foam on the sole that encourage dynamic push-off while minimizing the overall shoe weight. all these advanced science results in a high performance running kicks that weighs just 190 grams (men’s, size UK 8.5 or US 9) and 160 grams (women’s, size UK 5.5 or US 8).

NOW READ  Barack Obama’s Player Exclusive Nike Hyperdunk Sneakers Can Be Yours… NOT!

an interesting fact about the adizero Feather 2: it shares the same technology and performance benefits as the adizero Prime, a lightweight sprint spikes, which will be worn by Adidas athletes including Yohan Blake, Jessica Ennis and Tyson Gay at the London 2012 Olympic Games. we will say it is a rare occurrence to be able to wear the same stuff that some of the world’s best athletes wear, which should be an added bonus to any aspiring athletes. the Adidas adizero Feather 2 for both men and women is available now with a sticker of around $130 a pair. more views of the adizero Feather 2 after the break.