Adidas is giving Dragon Ball Z’s fans a good reason to acquire all seven Adidas Dragon Ball Z sneakers from the soon-to-be-available Adidas Dragon Ball Z Collection. According to a report, all seven of the manga-themed shoes are confirmed to hit the shelves starting September 29 in a staggered release. Goku’s Adidas ZX 500 RM and Frieza’s Yung 1 kicks will lead the charge and you will want to be on high alert as soon as you got the first two pairs because, each pair will come with a shoebox featuring an unique art work based on the featured character of the shoes. 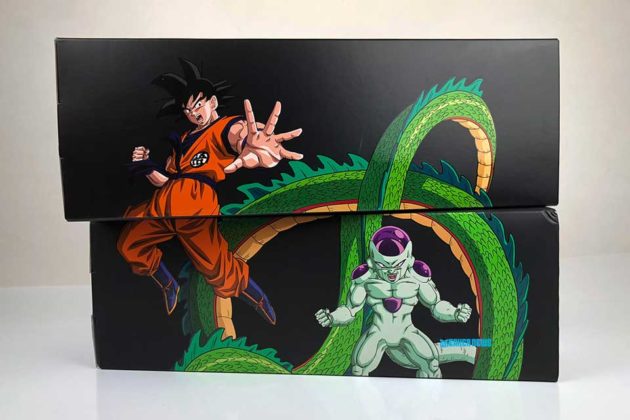 That alone isn’t a good enough reason to grab all seven, but the thing is, the character art is not alone. As you can see, the some part of the character and the background image of the magical dragon Shenron goes beyond the box and this is where it may draw mega fans of Dragon Ball Z to acquire all. You see, when the shoeboxes from each release are stacked together in the order of the release, it forms a complete image featuring all seven characters, including Goku, Frieza, Son Gohan, Cell, Vegeta, and Majin Buu, with Shenron the Dragon spanning the entire illustration. Now, that’s is super cool!

Up till now, only two out of the seven pairs have been shown, but already, you can imagine how majestic the image will be. The question is, who will be such a massive fan to acquire all pairs? I mean, each pair is not cheap to begin with and so, acquiring all would mean costing over a thousand dollars. That being said, you have to be a massive fan to willing to do so.