Remember how Qui-Gon Jinn (Liam Neeson) and Obi-Wan Kenobi (Ewan McGregor), led by Jar Jar Binks, dive underwater to reach Otoh Gunga in Star Wars: Episode I – The Phantom Menace? In that scene, the Jedis used futuristic tiny breathing apparatus on their mouths to survive underwater. Well, the AirBuddy you see here is not that, but I’d say it is pretty damn close without endangering your life. The idea behind AirBuddy is to let avid divers explore shallow water without being bogged down by heavy and clunky dive equipment. It bridges the gap between snorkeling, which you literally just scratch the surface of the ocean, and scuba diving.

With AirBuddy, it brings the air from the surface to you, so you will be totally free of cumbersome equipment which will make the entire experience feel like snorkeling, but to a much greater depth than mere under the surface. So, yes. AirBuddy is a tethered system, much like the ancient surface-supplied diving suit. Except that, Air Buddy is way more compact and of course, a lot more sophisticated and safer than the 200-year-old dive tech. The rechargeable battery-powered system, which stays afloat on a highly visible red float, pressurized the surface air and delivers it to you through a hose to the mouthpiece, affording up to 45 minutes of dive per charge while the hose allows you to explore up to 12 meters deep (40 feet). 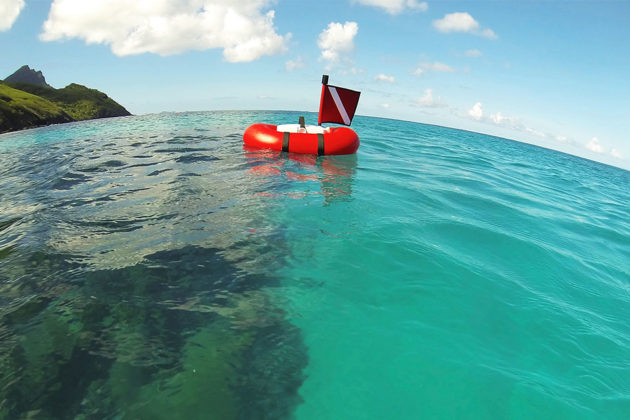 12 meters may not sound like a lot of depth, but it is in fact a carefully thought-out length that strikes a balance between what you will see underwater (by the creators’ experiences) and safety. Plus, at just 12 meters, you can quickly reach the surface in case, god forbids, an emergency requires you to do so. Unlike traditional Scuba gear, it weighs significantly less – up to 70 percent less than other dive gear, and with less weight on you, you can dive light which means you will experience less drag and it also means you can choose to propel yourself with smaller fins and however way you want. Want to do frog kick? Why, now you can. Seriously, not everyone adores flutter kick, really. 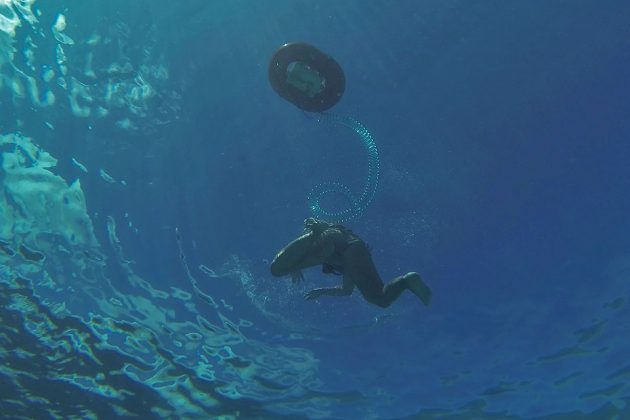 The idea of going beyond snorkeling without Scuba gear is really enticing, but I think the coolest proposition AirBuddy has to offer is, portability. At just 9.5 kilograms (21 lbs), it is easy to get it to anywhere – even to area without vehicle access and perhaps more importantly, it is totally airplane-friendly, so should you want to get it to elsewhere that requires flight, it can go along with you too. Now, you can’t say the same to traditional diving gear, can you?

However, such convenience is not without a hefty price (obviously). Expect to plonk down no less than 1,689 Aussie money (or about US$1,278) for a unit and that’s only if you secure a unit during its Kickstarter campaign which runs from now till June 1, 2017, and also, as with any Kickstarter campaign, AirBuddy’s fate is dependent on its eventual funding status. 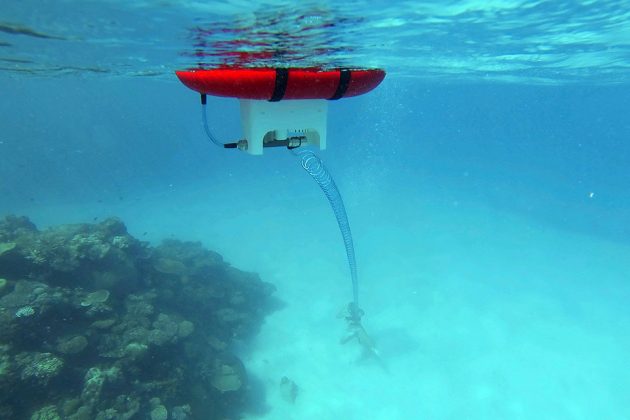 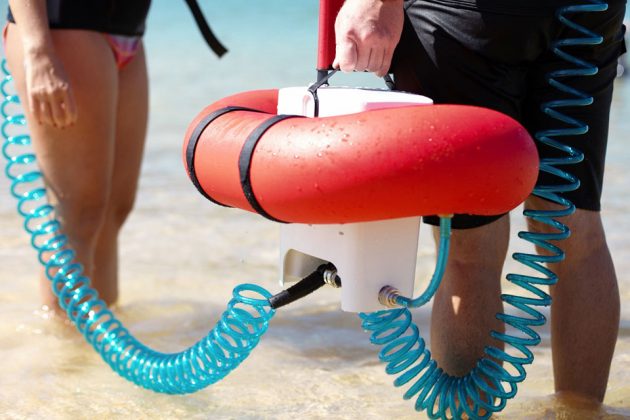