Taiwan is the home to Asia’s biggest computer show, Computex, and it is also ASUS home ground and so, naturally, the Taiwanese tech company has more than a couple of laptops to show off. An among the horde of laptop computers and gadgets unveiled, there are some that are out to beckon you to part with your hard-earned money. The router with a gaping hole is, of course, one of them and so is the ASUS ZenBook Flip S and the ASUS ZenBook Pro. We are a little less impressed with the Vivo series though. Maybe it looks way to mundane and too MacBook-ish. Anywho, here’s a rundown of the laptop computers and gadgets from ASUS at this year’s Computex. 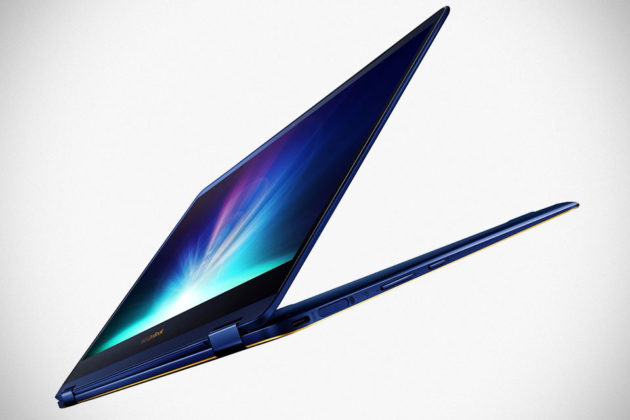 Touted as the world’s thinnest convertible laptop, the ASUS ZenBook Flip S measures a mere 10.9 mm thin and tips the scale at a scant 1.1 kilograms (2.4 lbs) and it boasts features like an innovative 360-degree ErgoLift hinge for lifting and tilting the keyboard to achieve “the perfect typing position.” It runs on Windows 10 and powered by 7th-gen Intel Core i7-7500U chip, bolstered by “ultrafast” 1TB PCIe SSD. Other details include an impossibly thin liquid-crystal-polymer fan impeller (0.3 mm!), a 4K UHD multitouch NanoEdge display, supports active stylus, and one-touch login via Windows Hello in either mode with the use of the smallest-ever laptop fingerprint sensor. 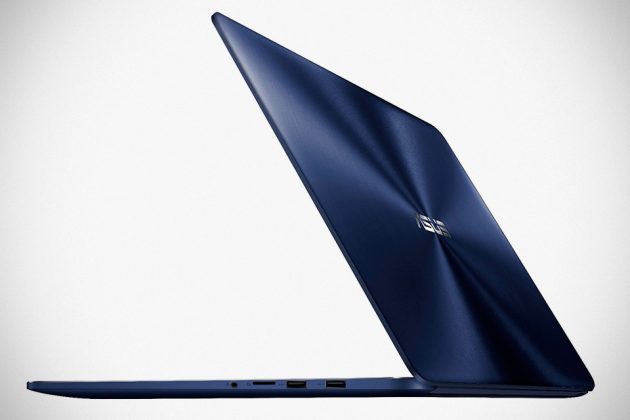 Like the UX370, the ASUS ZenBook Pro is a beauty too and for good reasons: it is designed to entice, as ASUS puts it and also perform. Powering the UX550 is a 7th-gen Intel Core i7-7700HQ quadcore processor, backed by one TB PCIe x4 SSD and 16GB DDR4 RAM. Graphics is bolstered by nothing less than NVIDIA GeForce GTX1050 Ti GPU while sound is piped through quad-speaker Harmon Kardon surround-sound audio. Other notables include a 15.6-inch 4K UHD NanoEdge display, a day-long battery life of up to 14 hours, and Windows 10 with support for fingerprint sensor – all packed into an all-aluminum unibody construction coming in at 18.9 mm thin and weighing a fairly light 1.8 kilograms (a little under 4 lbs). And oh, it has an illuminated lid logo too. Dope. 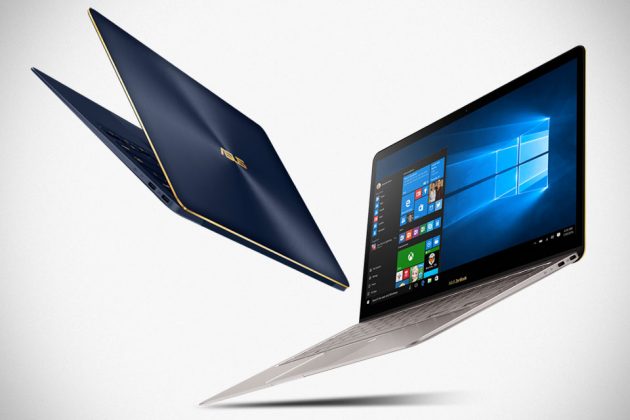 Billed as the world’s most prestigious laptop, the 12.9 mm thin, 1.1 kg (2.4 lbs) ASUS ZenBook 3 Deluxe is a 13-inch class laptop that packs a 14-inch NanoEdge ultranarrow bezel display. It also touts the latest 7th-gen found on the UX370, an Intel Core i7-7500U processor which is supported by up to 16GB LPDDR3 RAM clocking in at 2133 MHz and up to 1TB PCIe SSD. On it, you will also find a pair of Thunderbolt 3-enabled USB Type-C ports that are capable of speeds up to 40 Gbps and supporting two 4K UHD external displays and power delivery. Fingerprint sensor also comes as standard on this device to leverage on Windows 10’s Windows Hello login. 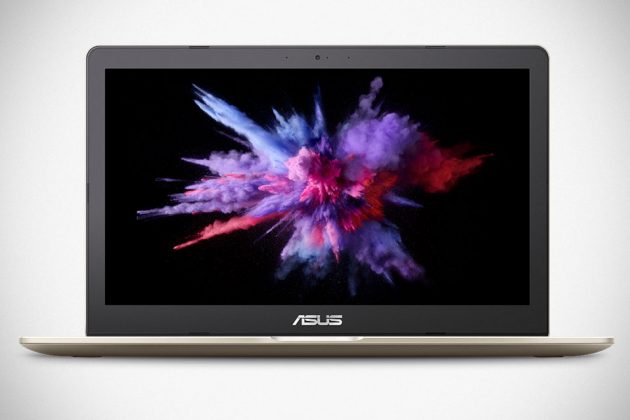 The ASUS VivoBook Pro 15 is a 15.6-inch Windows 10 laptop driven by, you guessed it, a 7th-gen Intel Core i7-770HQ quadcore processor which is bolstered by up to 16GB DDR4 RAM and a hybrid storage with up to 2TB HDD and a 512 GB SSD. The N580 also gets some serious love in the graphics department, thanks to the NVIDIA GeForce GTX 1050 GPU. A 4K UHD display with wide-view technology and 100 percent sRGB color gamut takes care of the visual aspect while Harmon Kardon-certified audio comprising of two speakers with large 8cc audio chambers and smart amplifier technology that promised to delivery 3.2X louder volume, have high quality audio covered. N580 also support ASUS Pen, and not surprisingly, gets fingerprint sensor for one-touch login via Windows Hello. 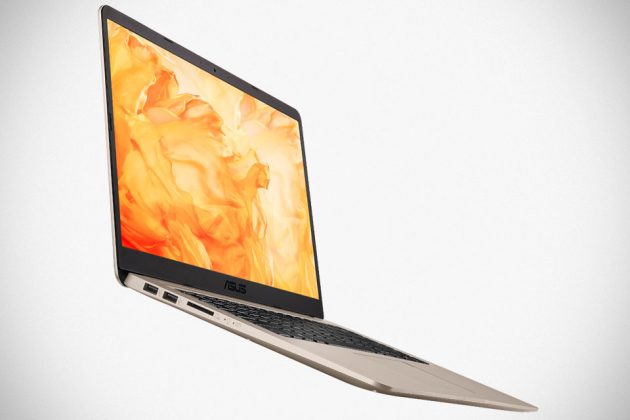 Little is detailed about the ASUS VivoBook S15. Though so, from the little information we have, it doesn’t seem like an entry, as it would be the case usually. This Windows 10 powered 15.6-inch NanoEdge display laptop still gets the love of the latest-gen Intel Core i7-7500U processor, with option to configure up to 16GB DDR4 RAM and NVIDIA GeForce 940MX GPU. Though granted, it is not as slim, at 17.9 mm and weighs a respectable 1.5 kg (3.3 lbs). 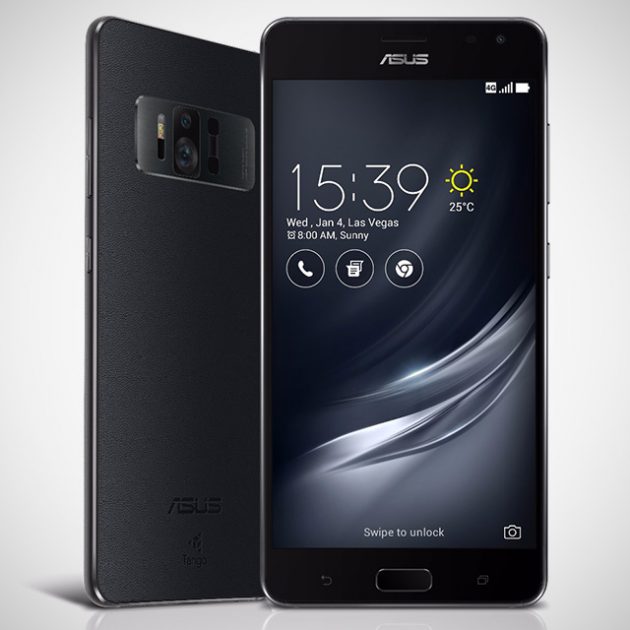 ASUS also took the opportunity to show off its latest Tango-enabled and Daydream-ready smartphone, the ASUS ZenFone AR. The handset, btw, also happens to be the thinnest and lightest Tango-enabled and Daydream-ready device. Then again, there aren’t many such handsets going around at this point. Clockwork is offered by Qualcomm Snapdragon 821 processor, optimized for Tango, of course, and it is the world’s first smartphone to be equipped with 8GB RAM. 8GB! Other worthy mentions include a large 5.7-inch WQHD Super AMOLED display, a new five-magnet speaker, and ASUS TriCam technology, a three-camera system that comprises of a 23MP main shooter, a motion-tracking camera, and a depth sensing camera. The latter is packed closely, or in clusters as ASUS puts it, enabling it to take up less space within the phone and thus, affording a thinner and lighter device. 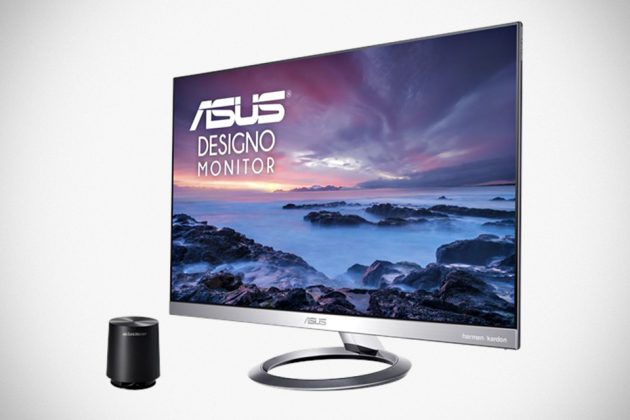 How can anyone not look forward to a monitor? If you are, the ASUS Designo MZ27AQ is the newly announced offerings ASUS has for you. MZ27AQ sports a massive 27-inch IPS panel boasting 2,560 x 1,440 pixels (WQHD) and a wide 100 percent sRGB color gamut – packed within a beautifully design (why else would it call itself Designo?) frameless panel that measures an incredible thin 7 mm at the thinnest point. And visual is not its only strength; it has the audio department covered too. In fact, very well covered – thanks to ASUS SonicMaster technology, bolstered by 12W stereo speakers and an external 5W subwoofer that’s co-developed with Harmon Kardon for 2.1-channel audio. In addition, you get a few ports, including a DisplayPort and two HDMI ports. 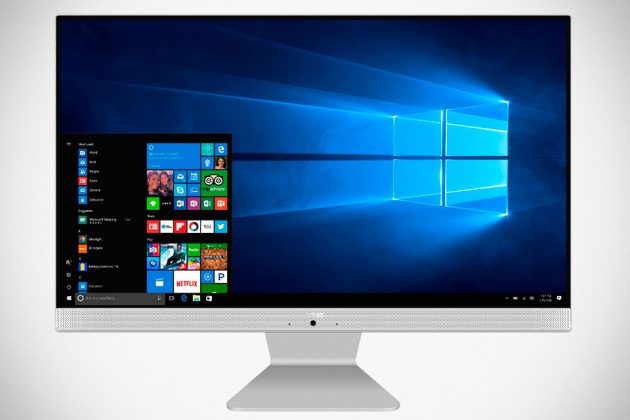 Besides displays, or in this case, display, it won’t be a fulfilling Computex without a couple of AIO and AIOs it indeed have. The first of the two, the ASUS Vivo AIO V241, is a A 7th-generation Intel Core i5-powered 23.8-inch Windows 10 all-in-one PC that features a FHD NanoEdge multitouch display with wide view technology and “a near-invisible” physical bezel, resulting a pretty impressive screen-to-body ratio of 88 percent. V241 is all about everyday computing and immersive home entertainment, and thus, visual and audio are keys to this desktop machine. That said, visual department is covered by NVIDIA GeForce 930MX discrete graphics, which is further bolstered by ASUS Splendid and ASUS Tru2Lite Video technologies. Audio, on the other hand, is undertaken by ASUS SonicMaster stereo audio system that comprises of two advanced bass-reflex speakers. 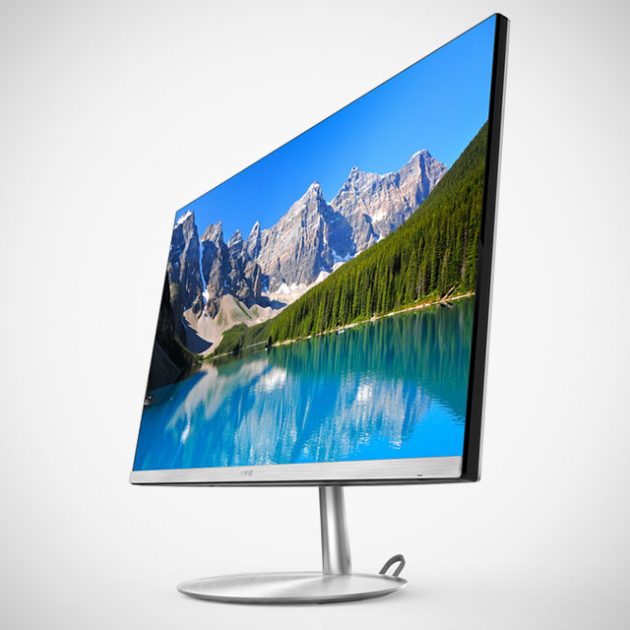 Crazy thin bezel can also be found on the new ASUS Zen AIO ZN242 all-in-one Windows 10 PC. Also, sporting a 23.8-inch multitouch NanoEdge display, the physical bezel on this sleek PC is only 2 mm which results in a pretty crazy screen-to-body ratio of a whopping 90%. Being a Zen line, ZN242 is obviously sleek and stylish by default, and so, we shall not talk about the aesthetic. Interestingly, the ZN242 features ventilation outlets which is hidden in the ASUS logo and a pop-up infrared (IR) camera design. Power is lent to the ZN242 by the way of a 7th-generation Intel Core i7-7700HQ quadcore processor, backed by NVIDIA GeForce GTX 1050 graphics, 32GB of RAM, and a 512 GB PCIe SSD, or an HDD which will enjoy some speed boost offered by Intel Optane memory.

So, there you have it, the slew of gadgets from ASUS that you may want to look out for if you are in the market for a laptop, AIO, or even a radical-looking router. We are not there at the show, unfortunately, and so, please do forgive us if we have no idea on the availability and pricing of these computers and gadgets announced.