First we have the weirdest confectionary, now there’s what we thought could be the craziest saw-off shotgun ever. Inspired by the movie Killing Them Softly (Plan B Entertainment, 2012), YouTuber Kjaskaar wants to find out if the sawed-off shotgun featured in the movie works in real-life. For the uninitiated, the shotgun featured in the ‘Poker Heist’ scene was nothing short of ridiculous. Unlike some sawed-off shotguns that have some inches lopped off, the Killing Them Softly shotgun has all of its barrel sawed off, pretty much leaving only the chambers. 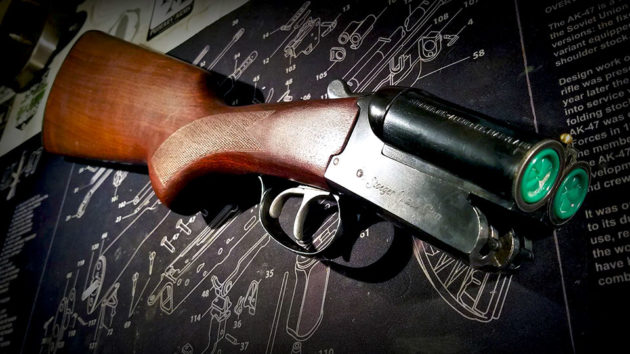 That’s like a mere 3-inch of chambers/barrels remaining. Hell, even the stock is longer than the chamber/barrel combo and it is absolutely insane and cool at the same time. Pardon me for my excitement. This came as a surprise to me because this is the first time I have seen such an extreme sawed-off. So, why do anyone want to do that to a perfectly healthy shotgun? I don’t know, maybe he can? Anyways, Kjaskaar apparently have gotten all the paperworks done, so his uber cute “Littlest Shotgun” is perfectly legal in the eye of the NFA and he even tested it with several types of ammunition, first from a safe distance and then, handling the gun himself. 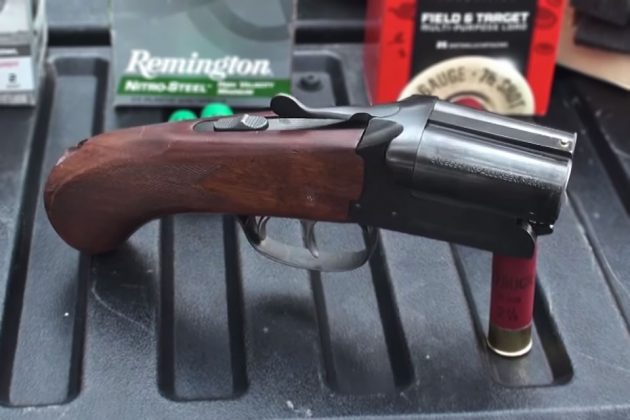 All I can say is, it worked as it should, though with non-existence barrels, it surely lack of the range, but the spread there though, looks pretty decent.

Skip head and have a look at this awesome micro shotgun in action.