It must be a pain for Batman’s arch nemesis Bane to speak because, not many will be able to decipher what he has to say through that mask he had to wear all the time. Similarly, it will be a pain for your coworkers if you continue yakking away on the phone while they just wanted to work in peace, without your annoying voice. In this instant, I am sure they will be glad if you have the Bloxvox on. Bloxvox is similar to Hushme we saw last year (and opposite of Helmfon, which keep noises out), which means it is designed to keep what you are saying private. 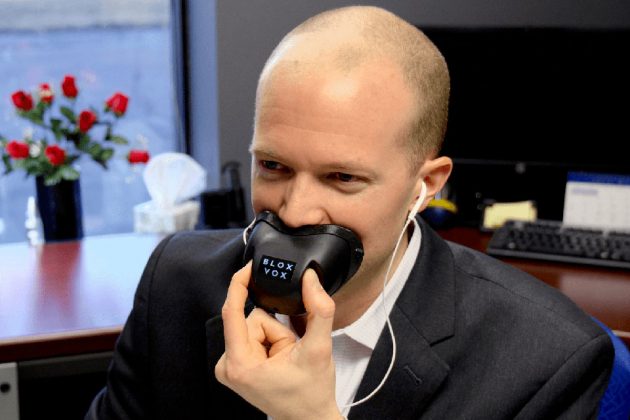 Billed as a voice privacy tool, it is in fact a mouthpiece that serves as a placeholder for microphone-equipped headphones. Once setup, you can talk in peace, knowing that your terrible plan to oust your boss will not be heard by anyone close by. You coworkers will appreciate you wearing this and also, you’d appreciate that you need not to step out of the office when discussing any sinister plan. I guess its a win-win for everyone, except for your boss. The difference about this and Hushme is, you are more interested in keeping your conversation from others while Dorrance begs to be heard. 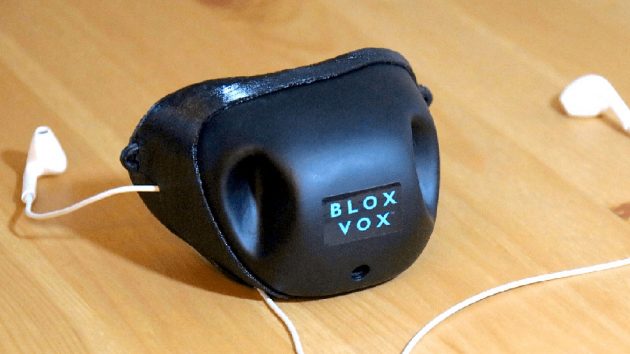 Bane must be thinking products like Bloxvox and Hushme are out to poke fun at him. He need to live, but most of us don’t. From the looks of it, it does not cover the wearer nose like Bane’s breathing apparatus. Nevertheless, it still a tiny hole to promote air circulation so the inside won’t turn moist and musky created by the CO2 you have produced. It is worthy to note that its creator said the hole is for breathing, but I don’t see why it has a need for that when the nose isn’t covered. It has soft edges on the part where it contacts your lovely face for a comfortable fit and create a perfect seal to prevent sound from escaping.

Bloxvox is not as polished as Hushme, but the last we heard, Hushme hasn’t even shipped yet. Bloxvox, on the other hand, is not only cheaper at 50 bucks for early birds, but it also promised to ship on September 2018. However, that is provided the campaign on Kickstarter gets funded before the campaign ends. So far, it is moving very slowly. At the time of this writing, we see that it has 31 backers and slightly over $3,500 in funding – which is far cry from the $25K it is hoping to raise. But hey, it still has 56 days to go and who knows? It may still make the goal.