At this year’s Concorso d’Eleganza Villa d’Este, BMW’s two-wheel division, BMW Motorrad, also has something to show off and it is a scooter-like electric two-wheeler called BMW Motorrad Concept Link Urban Mobility. It is, well, how do I say? Futuristic? I mean, it is nothing like somewhat Tron-ish BMW Vision Next 100, it is futuristic enough – lend to it by angular lines, electric drive, well connected, a windscreen that doubles as a display, and touch functionalities. 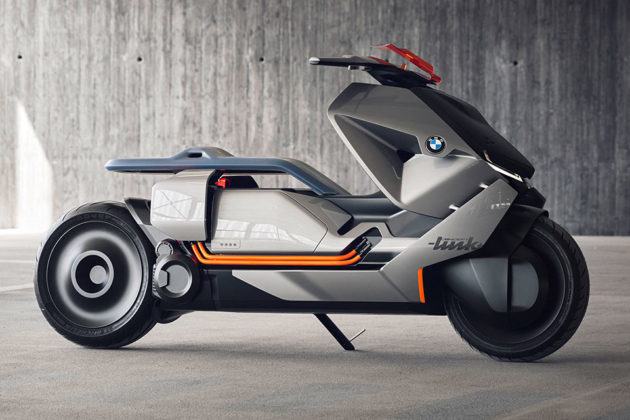 BMW Motorrad did not immediately reveal the electric drive, nor did it detail the aforementioned tech, but those are enough to pique our interests. We are aware, though, the electric drive is a compact unit that resides and drives the rear wheel and thus, there is an abundance of storage spaces available at the rider’s disposal. For example, beneath the lengthwise-adjustable seat bench a generous storage space (termed ‘luggage compartment’), accessible via a sliding door. 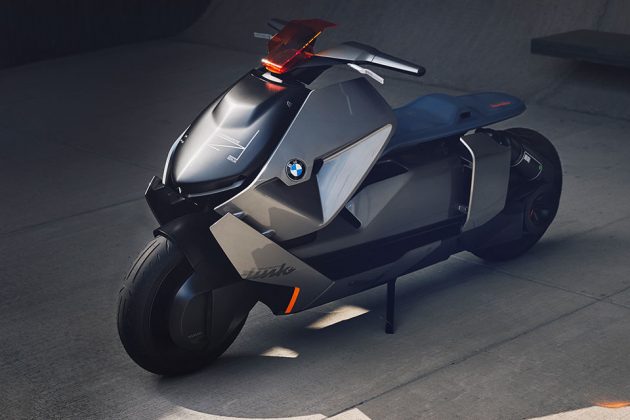 Obviously, tech is the star here and with that comes connectivity (hence, the name Concept Link). Expect the vehicle to connect to your calendar, take note of your next destination and picking out the fastest or most scenic route to get there. In between, it can even throw in some music, if you so desire. But those, while high-tech, is nothing compared to the connected clothing which, for example, allows a simple stroke of the sleeve to close the sliding door of the luggage compartment. 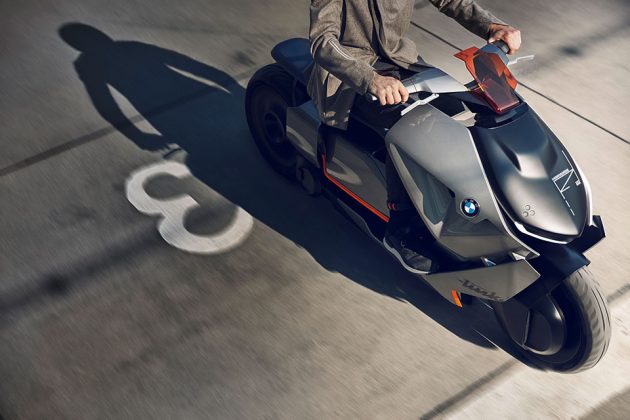 I know right? It all sounds pretty crazy and makes one question if such concept will even make it to production in near future. That’s the concept anyway. Ignoring the question whether or not it will realize, I have to admit the prospect is indeed exciting. Other details we noted include a reverse gear to assist in parking in tight spaces, iconic LED front lights, single-sided swing arm, a windscreen that displays various crucial vehicle parameters, a large touch panel for infotainment, connectivity and navigation, and individually assignable shortcut keys on the handlebars with touch function.

And no, BMW Motorrad Concept Link Urban Mobility is not a concept for some sci-fi movies (though it very well could be) and also, it is a prototype which visitors at this year’s Concorso d’Eleganza Villa d’Este have saw over the weekend. 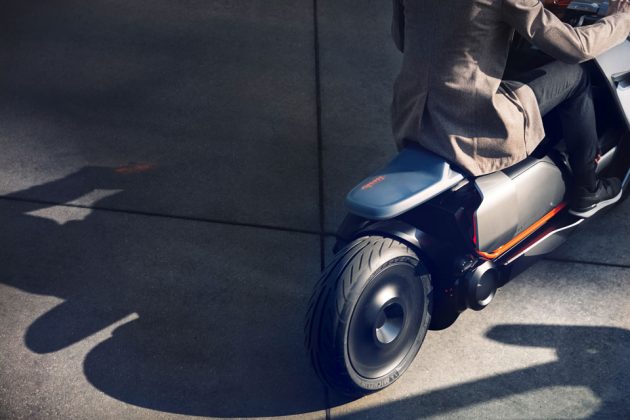 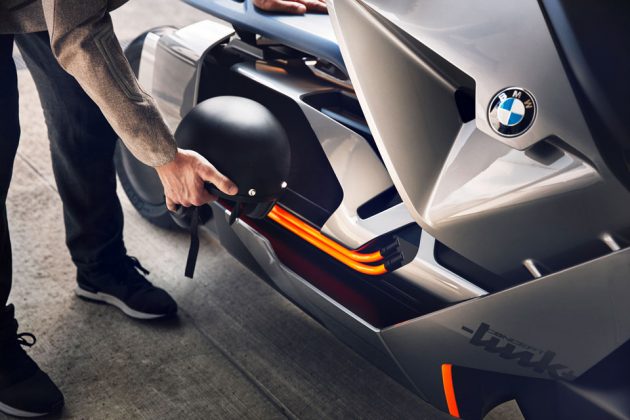 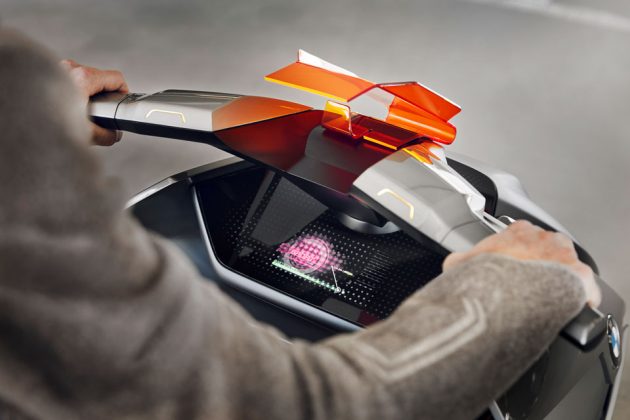