You’d be hard-pressed to find any off-road motorcycle that speaks both style and luxury. Traditionally, ‘scramblers’, as they are commonly referred to, conjures up an image of KTM or Yamaha. You know, stuff like raised front fender, narrow and tall form, and raised exhausts. As you can see, in traditional sense, they hardly qualifies as stylish, much less luxury. But the BMW R nineT Scrambler is different. It is not the typical. It is muscular, much like its Roadster counterpart, but built slimmer. Though so, it does exhibit several requisite scrambler features, including raise twin exhaust, a longer suspension travel, a higher handlebar, a relax upright riding position and more importantly, it is setup for fun riding on winding country roads. 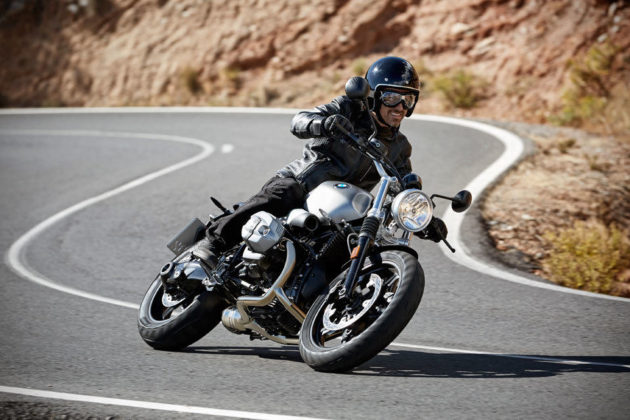 In fact, enthusiasts have been teased, likely unknowingly, about the coming of a new scrambler when BMW introduced Concept Path 22 earlier in June. Granted, the R nineT Scrambler is not what you imagine an off-road two-wheeler to be. It sure can’t do crazy jumps like a KTM or similar, but that’s not the point; the point is, it is a refined machined destined for the road less travelled like beaten paths and trails. It has a traditional suspension technology, consisting of a telescopic fork with rubber gaiters offering 125mm of travel at the front and to the rear, a Palaver single-sided swinging arm along with central spring strut with 140mm travel, to deal with the blunt serves up by unpaved roads as it rolls on a set of beautiful light alloy cast wheels – 19-inch front with 120/70 R19 tire and 17-inch rear with 170/60 R17 tire (optional cross-spoke wheels available). 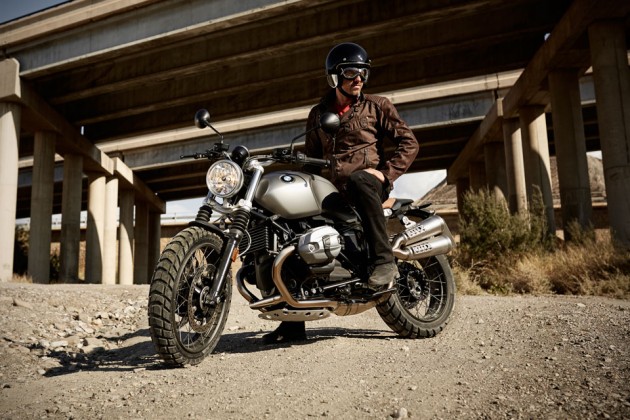 ABS comes standard on this off-road steed and it works with a 4-piston calipers with steel-wrapped brake lines and 320mm brake discs at the front, and a 265mm single-disc brake with 2-piston floating caliber to ensure effective braking as and when needed. Power comes from a 1,170cc air-cooled, flat-twin boxer engine, kicking out 110 horsepower and 116 Nm (85.55 lb-ft) of torque, fueled by a 17-liter sheet-steel fuel tank. 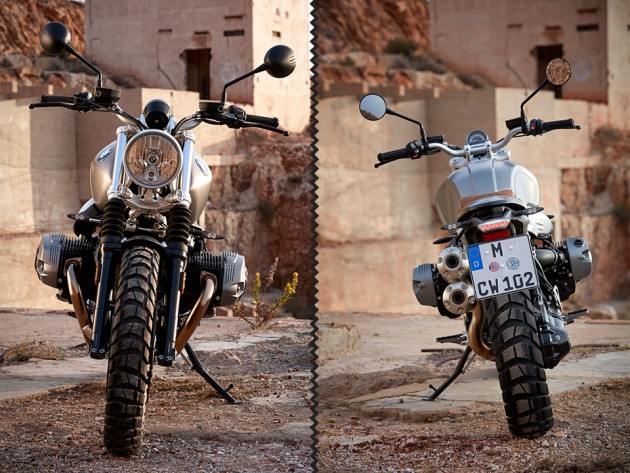 Other worthy mentions include new engine mapping and fuel system, specially developed steel tubular space frame, integrated steering head and a rear section with swinging arm mount, aluminum trim cover embossed with R nineT inscription across the air intake duct, analog speedometer, a bunch of glass-bead blasted and clear anodized aluminum forged parts, and a tapered and stitched two-person seat in patinized leather in Saddle Brown colorway. Speaking of seat, it has a removable passenger frame, allowing the R nineT Scrambler to be converted to a one-seater if so desired.

Rounding up the package is a classic color concept, comprising of a Monolith metallic matt paint job backed by black-coated components such as the frame, swinging arm, wheels, fork slider tubes, and engine housing. Like the Roadster, it is designed to be customized with individually tailored accessories. So when will it be ready for your taking? We have absolutely no idea. The BMW R nineT Scrambler just debuted this week at the Milan Fair grounds, sharing the spotlight with the electrified RR, and so, it is a little premature to be talking of price, much less production. 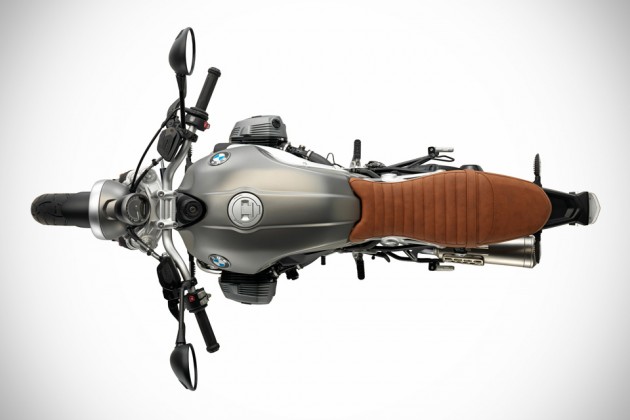