This is not set photos you may have already seen. What you see here is the first official look at Brie Larson’s Carol Danvers, AKA Captain Marvel, complete in her here-on-Earth superheroine getup. And it is not the green/turquoise, Green Lantern vibe suit you saw previously. The green suit will be part of it as the set images have shown, but how it ended up in the red/blue iteration is not clear. Anyways, the first official look was handed over Entertainment Weekly by Marvel and boy, is Larson looking stunning! Here’s the look at the cover of the latest issue of Entertainment Weekly: 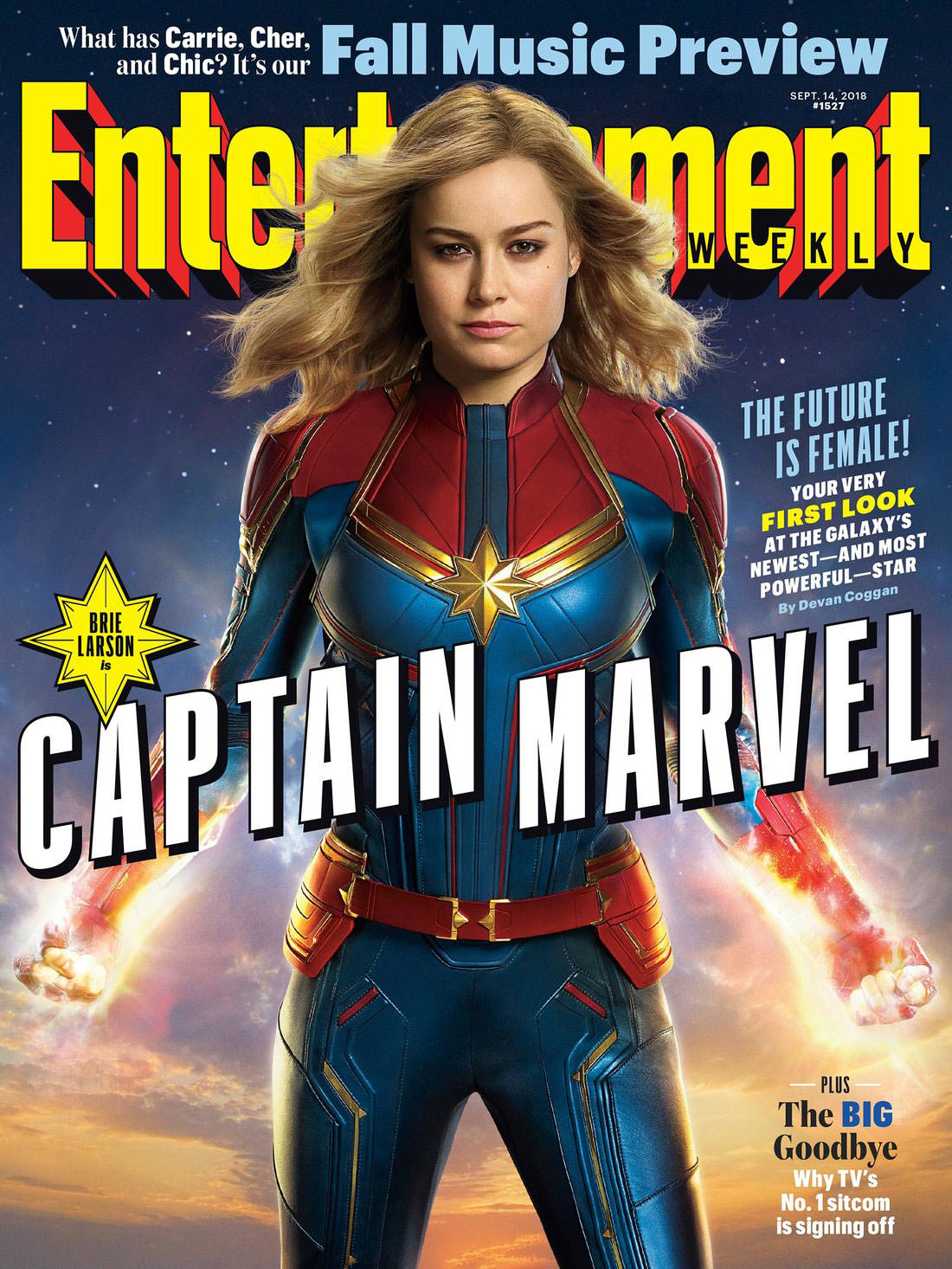 Interestingly, Captain Marvel flick is reportedly set in the 90s, predating The Avengers. So, we are expecting pagers and 90s hit tracks to rock the flick. It will be an origin story (like, obviously..) that also stars Jude Law as Mar-Vell (the male version of Captain Marvel), Lee Pace (as Ronan the Accuser), along with Samuel L. Jackson and Clark Gregg – whom will be playing their younger versions of Nick Fury and Agent Coulson – make possible through de-aging CG. Captain Marvel will hit the theaters March 8, 2019 in the U.S.A.