There are countless number of insanely awesome LEGO builds and therefore, it is hard to say who is better. However, as far as amateur and the pop icon Aliens goes, artist Blair Archer could easily rank among the top, if not the best. Archer’s creation, a custom 1/3th scale LEGO Alien Xenomorph Bust is loaded with so much details that I can assure you that it is guarantee to blow your mind even if you are non-fan of the horrifying, acid spitting extra-terrestrial life form. No, seriously. This work of art here is beyond awesome. Just look at it. It is almost as if it was alive even though you know they are made out entirely from LEGO elements. 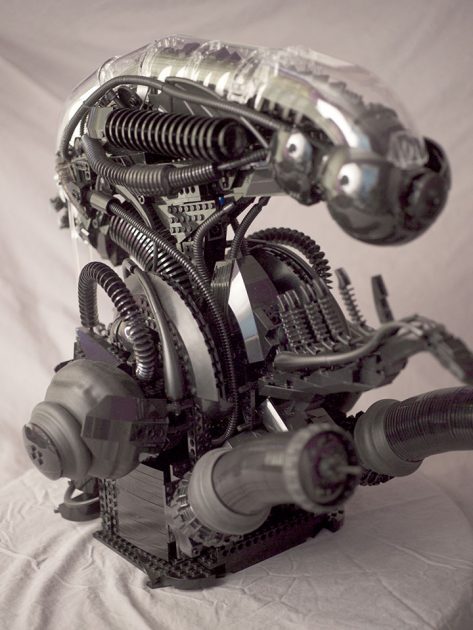 The idea of the project started three years ago at BrickCon 2014 when Archer witnessed the unveiling of the LEGO UCS Slave I. While Star Wars may have nothing to do with Aliens or the Xenomorph itself, the perfectly sculpted curved canopy of Boba Fett’s spacecraft inspired Archer to embark on the Xenomorph bust project. Countless hours were spent on building and tweaking to result in what you see here today: an award-winning custom 1/3th scale LEGO Alien Xenomorph Bust built from a mix of LEGO and LEGO Technic pieces and featuring a manually crank-actuated retractable inner jaw. How’s that for realism? The only thing it lacks is the ability to spit out acidic green goo.

Unfortunately, there is no build instructions for this super complicated MOC yet, but Archer said he’s down to offering two commissions “to the highest offer,” and “possible future instructions down the road.” So, if you are dying to get your hands on one, we suggest you touch base with the man himself, or you can wait it out and hope he really release the instruction set. If you are thinking of the latter, Archer has this to say:

“Be warned though, this thing was a nightmare to construct, more frightening to build than it EVER was on screen…. And I saw it when I was 8……”

So, it is not going to be easy (obviously). In the mean time, treat yourself with some awesome stills of this incredible creation available in and around this post – courtesy of Blair Archer. Also, you can learn more about this custom 1/3th scale LEGO Alien Xenomorph Bust in Beyond the Brick’s interview with its creator, or hit up Archer’s Flickr page to pick up more details. 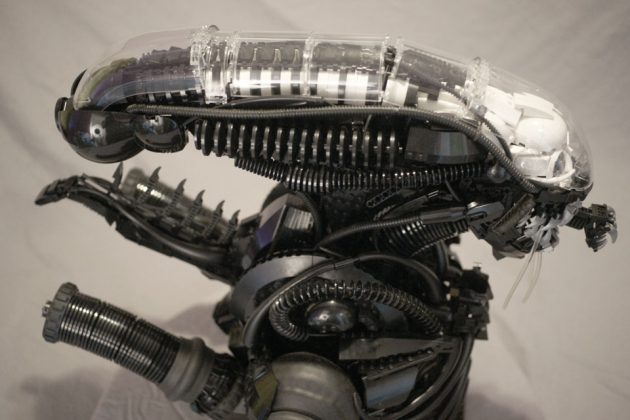 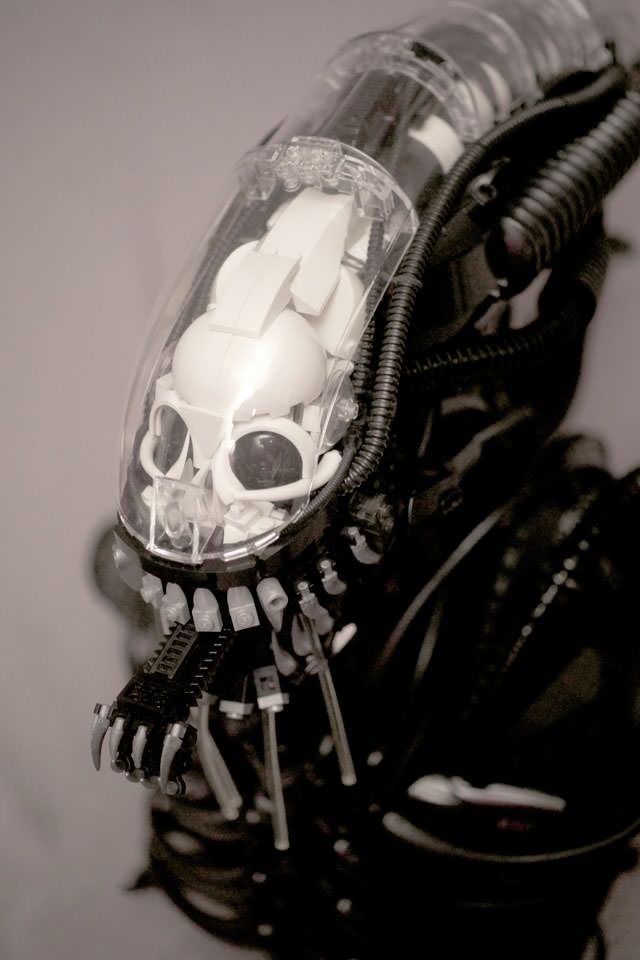