The Volkswagen Karmann Ghia introduced between 50s and 70s may not be as iconic as the VW Camper or the Beetle, but it was actually a very well received car of its time, having seen a production of no less than 445,000 cars and that’s not including the 41K or so made in Brazil for the South America markets. Despite so, it remains largely as an enthusiast thing, which means you ought to be a huge VW nuts to actually know this car and appreciate its beauty. And I guess that kind of makes LEGO builder Mandylion777 one such enthusiast cos’ he actually put together a detailed LEGO model of the iconic Volkswagen Karmann Ghia. 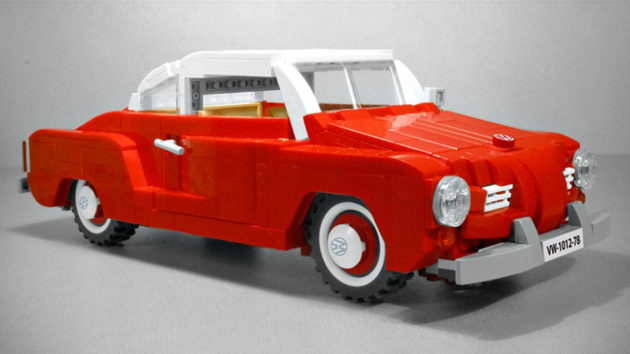 While the available LEGO bricks limit how detailed it could be, the result is no less impressive. Apart from staying as faithful as the real thing, playability is also taken into consideration and as such, Mandylion777’s Volkswagen Karmann Ghia features a removable roof, allowing access to the cabin and the hard top can be replaced with a folded roof to turn it into a convertible model. The steering is not functional though. Perhaps, it could be modified to do so in future? I don’t know. Like any good LEGO model, custom or not, this Karmann Ghia also has functional doors, a front luggage compartment with spare tire, and even a removable radio as found on the actual vehicle. 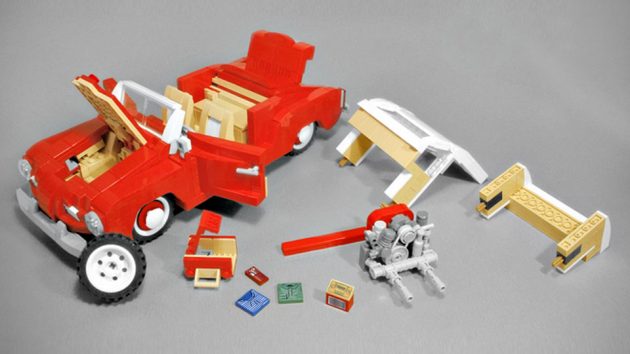 The detachable radio, if you don’t know, was not so much of a theft deterrent, but it was with the intention of letting users using it outside of car, such as, for example, during a picnic. Mandylion777 even thrown in details like suitcase, complete with tiles simulating clothes and accessories for added realism. However, we are most impressed by the details that goes into the engine block and it is also designed to be removable, so you can play out the scene of engine swap, or something like that. Whether Mandylion777’s custom LEGO VW Karmann Ghia will be reality depends on if he get the support it deserves to be considered by LEGO Ideas panel.

Having said that, if you like Mandylion777’s creation, you can give him a boost by pitching in your vote on LEGO Ideas. 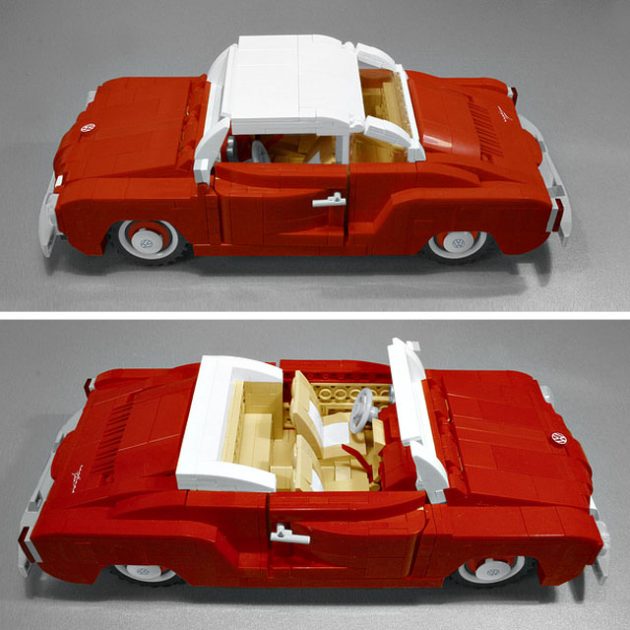 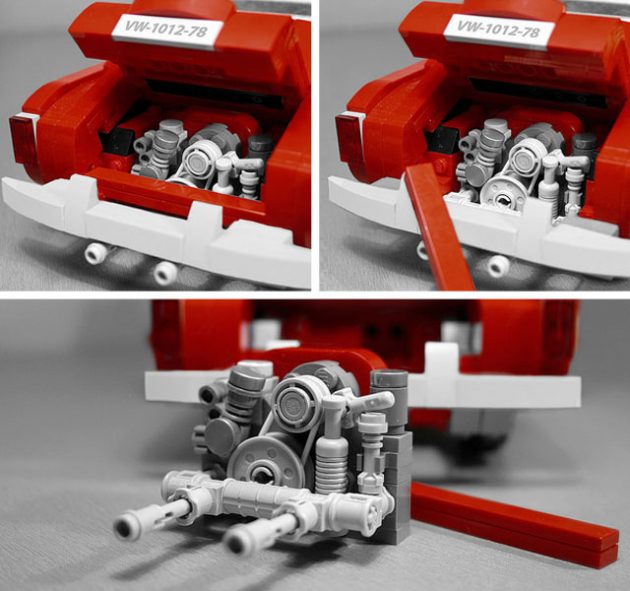